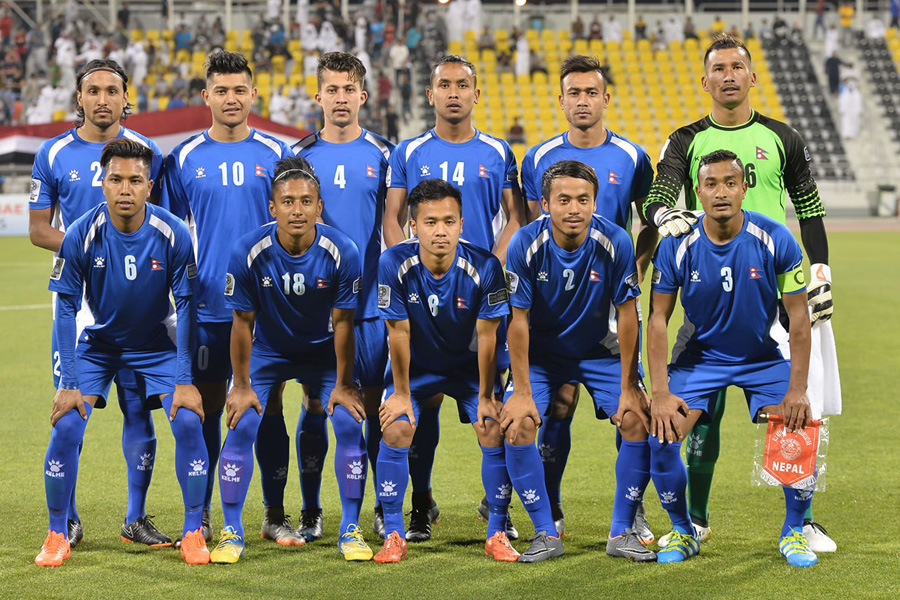 After a disappointing defeat to Pakistan, Nepali football rose to fame again with a sounding victory against the Bhutan team in the ongoing South Asian Football Federation (SAFF) Championship.

Nepali football team saw 4-0 win against over Bhutanese football team in a second Group A match held as part of the SAFF Championship in Dhaka on September 06, 2018.

Though Anant Tamang placed his team in the lead on 21 minutes, Bhutan continued to strike Nepal until the 71st minute. But, a second goal by Nepal changed the game all at once moving the team to success finally.

While Sunil Bal doubled Nepal’s lead to bring a sudden shift in the game, Bharat Khawas and Nirajan Khadka hit Nepal’s third and fourth goals to finish the rout.

“After taking over the national team, I particularly focused and worked on the set pieces. We don’t have any other option other than beating Bhutan and keep alive our qualification hopes. We prepared and structured the players to get the best out of the set pieces and that’s how we won,” says Balgopal Maharjan Nepal Head Coach .

Goalkeeper Kiran Limbu led the Nepali football team in place of captain Biraj Maharjan, which marked Limbu’s first such role as the captain of the national football team.

This victory adds another success story to Nepal’s sports journey, especially with Bhutan, which got defeated by Nepal in all the last seven matches played.

With this, Nepal stands second in the Group A teams behind Pakistan that lost to Bangladesh.

Now, Bhutan will play with Pakistan and Nepal will next play with Bangladesh, which already has two wins in its basket, to secure its spot in the semi-finals!