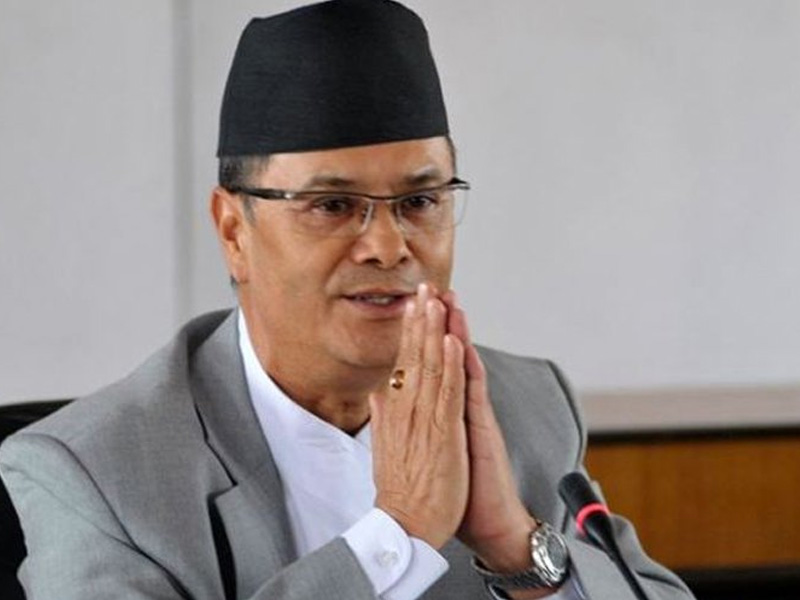 The new appointment followed a thorough PHC hearing procedure on December 29, 2018 and January 01, 2019.

Rana took up the new role after swearing the oath of office and secrecy in Nepal President Bidya Devi Bhandari’s presence on January 02, 2019 and will continue in his new role until four years.

The hunt for the new Chief Justice began when ex-Chief Justice Om Prakash Mishra retired due to expiration of age limit (65 years) for the said post.

During the hearing process on January 01, 2019, Rana was asked a series of questions and queries by the Parliamentary panel including 10 members from the National Assembly and the House of Representatives.

Committee members asked Rana questions on his work plan and complaints reported against him.

On the first day of the hearing Rana presented his work plan that he is supposed to execute after becoming CJ.

Besides, he also extended his commitment to the regulatory body to curb corruption in the country.

However, the committee was not fully convinced on Rana’s ability to become Chief Justice.

“The PHC grilled Rana thoroughly on Sunday and today before recommending him for the post of CJ despite having doubts about his ability to become the CJ because of his track record,” said Laxman Lal Karna, PHC Chairman.

According to sources, the committee will frequently monitor Rana’s work as it was not satisfied with his clarifications on previous verdicts.

The PHC Committee received nine complaints against Rana, out of which two were serious concerns that lawmakers also consider as controversial verdicts.

“Rana should not treat the clearance given by the committee as a ‘carte blanche’. “If he fails to execute his tasks properly, the Parliament will not let him go scot-free,” said Surendra Pandey, Nepal Communist Party (NCP) Lawmaker.

In his defense Rana said that the verdicts were made in accordance with the provisions of the law.

“The three organs of the state should function independently. The SC will not create hurdles for the government to initiate and execute development work if those actions do not violate the country’s laws and the constitution,” added Rana.

Following his appointment, Rana announced that he will not be assigning any cases to senior-most justice Deepak Raj Joshee at a press briefing.

Earlier, the Parliamentary Hearing Committee (PHC) had rejected Joshee’s nomination for the post of Chief Justice on August 03, 2018.

Speaking to the media, Rana said, “I haven’t assigned any case to senior-most justice Deepak Raj Joshee. I shall not assign him any cases in future either.”

The new Chief Justice explained that he took the decision following his commitment and respect for PHC.

“Even though he is my good friend and the senior-most justice, I took this stern decision because we need to respect the system and make headway with the problems facing the judiciary,” he further said.

Despite the presence of all the SC judges during the press briefing, Joshee was absent from the event.

However, Joshee said that he would continue to come to office since he had a lot more to do.

“I shall come to office continuously because I still have so much I need to do,” said Joshee.

Besides, Chief Justice Rana also assured media that the judiciary will be more stronger and united.

“We were not divided even in the past. There was no factionalism and groupism as such. But there is criticism at the level of the public that we are divided and that groupism was rife within the judiciary. Look at us here. We are all here at the press conference.” he said.

On his first day at work, Rana reshuffled benches for assigning cases to justices even when they could not hear many cases because of their busy schedule following the new CJ’s appointment.

Rana also asked media to deal sensitively with comments on tasks of judges and court activities while exercising their freedom of opinion on judicial matters.

Earlier, Rana served as an appellate court judge beginning April, 1996 and a Supreme Court justice from May 26, 2014.