In the parliamentary committee report formed to study the proposed capitals of Province 4, 93.87% voted for Pokhara with only 3.99% for Gorkha
News 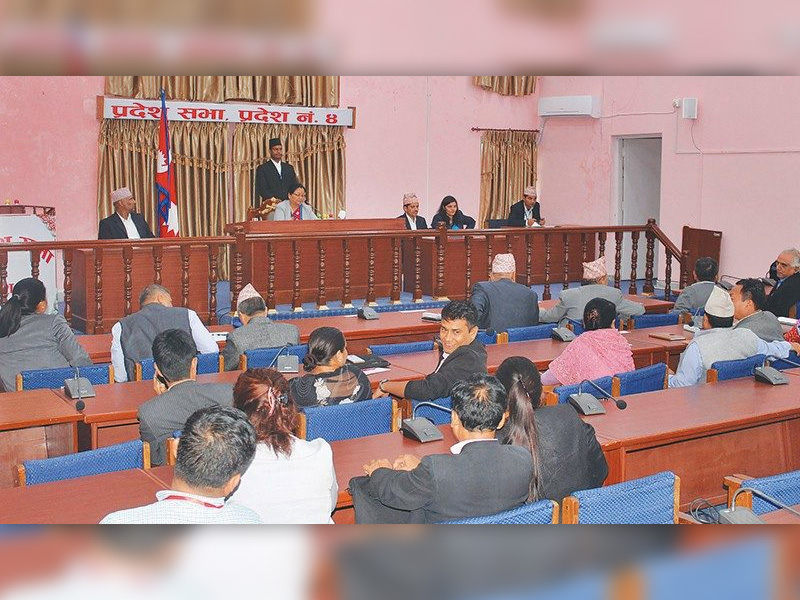 In a latest update regarding Nepal provinces, Pokhara has been declared as the permanent capital of Province 4 of the country.

The Provincial Assembly announcement came after 52 of 60 lawmakers endorsed Pokhara as the provincial capital after the region gained acceptance with two-third majority in the Assembly.

Speaking on the occasion, the Minister for Industry, Tourism, Forest and Environment Bikash Lamsal called on the related stakeholders to work for conservation of Pokhara’s beauty.

In the parliamentary committee report formed to study the proposed capitals of Province 4, 93.87 percent voted for Pokhara with only 3.99 percent in favor of Gorkha and other regions.

Following a study covering all 11 districts, the committee headed by Thapa tabled its final report in the Provincial Assembly on June 24, 2018.

The committee was formed on March 26, 2018 and covered a total of 751 individuals from all the districts over the selection of name and capital for the province.

As part of the survey, the panel also considered recommendations from political parties in the Assembly, social organizations and memorandums submitted to it.