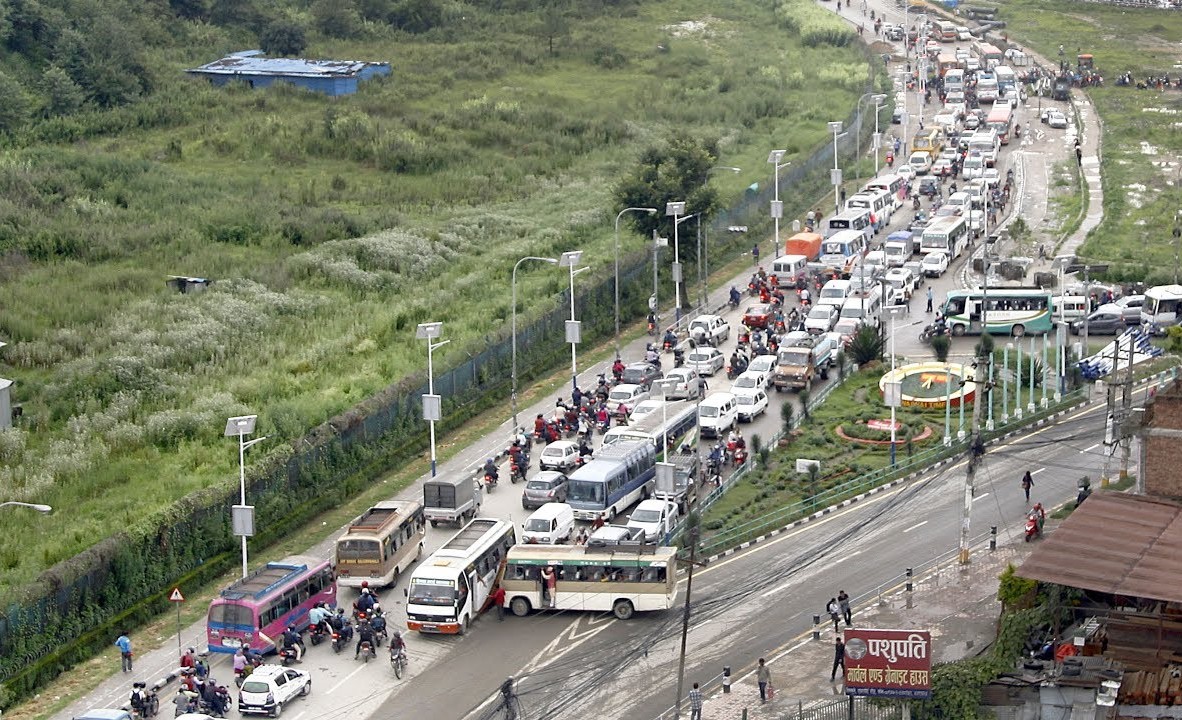 In a bid to ease traffic congestion in Kathmandu Valley, Nepal Government is planning to introduce ‘new routes’ for public vehicles.

According to Transport Department Management Spokesperson Gokarna Prasad Upadhyay, the 66 new routes would come into effect from mid-December 2018.

The new plan comes as a scientific approach to address traffic jams spread across hundreds of meters within the valley.

“The aim is to minimize long traffic jams in the Valley and cut down hassles of travelling by managing how public vehicles ply along the roads. Issuing route permits to public vehicles has not been systematic so far. It lacks sustainable planning. We are revising all routes now, ” said Upadhyay.

The new routes come as a result of a study under the Kathmandu Sustainable Urban Transport Project (KSUTP).

Supported by the Asian Development Bank (ADB), the project seeks to make urban transport system more efficient, sustainable and safe. To bring about this scenario, it provides recommendations including upgradation of the existing public transport network and provision of a safer environment for pedestrians.

Upadhyay said as per the recommendations, the entire transport network will be divided into three routes— primary, secondary and tertiary.

KSUTP study has suggested 16 secondary routes and 42 tertiary routes for Kathmandu Valley after a thorough assessment of passenger flow in the region.