This is the first-ever participation of TU in the THE-WUR global ranking!
News
World 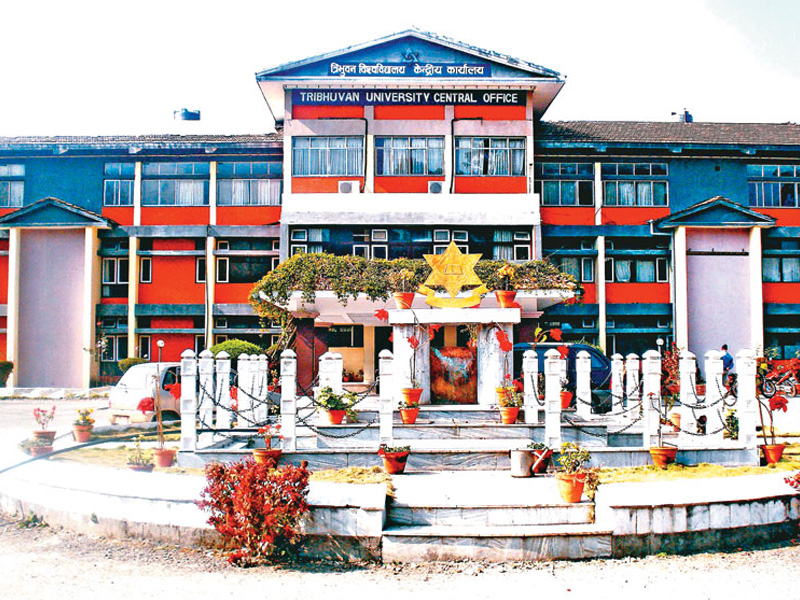 Nepal’s oldest varsity, the Tribhuvan University (TU), featured among the top 800-1000 universities of the world.

One of the world’s largest university ranking agencies, the United Kingdom-based Times Higher Education-World University Rankings (WUR) said this in its latest announcement.

“The criteria for selection are so tough that many universities don’t even get through the selection process. We met the criteria. This is an achievement for us,” said Tirtha Raj Khaniya, TU Vice-chancellor.

This is the first-ever participation of TU in the THE-WUR global ranking and Khaniya represented the university in the world ranking program held in Singapore during September 25-27, 2018.

The selection process was based on five criteria, which include teaching, research, citation influence, international outlook and industrial income. All these five criteria are again sub-divided into dozens of sub-groups.

According to Executive Director at TU Planning Directorate Hridish Kumar Pokhrel, the university scored 30 per cent in the first three groups, and 5.7 per cent in international outlook & 2.5 in industrial outcome criteria.

“It seems we can upgrade our ranking by forging collaboration with foreign universities and attracting international students” says Pokhrel.

Elated at the news, Khaniya further said, “We had been underestimating our teaching methods and overall results. With this upgraded ranking, we are excited that research conducted by our scholars will also gain international recognition.”

Prior to this, the Webometrics Ranking of World Universities or Ranking Web of Universities featured TU at 4,241th position in 2015 and 3,895th in 2017, respectively.

A Hope Amid Declining Trend
This update comes as an encouraging news for TU, which has been facing a severe decline in the number of student enrolments over the last four years.

Let’s see what impact the latest ranking will have on the University’s progress!