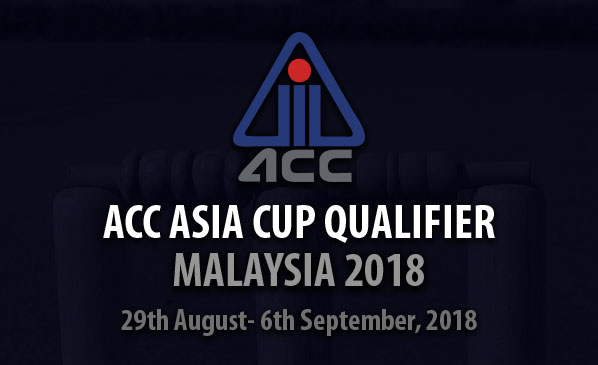 Nepali cricket team is currently warming up for the upcoming battle at the ACC Asia Cup Qualifier to be held in Malaysia during August 29-September 06, 2018.

The Nepali team is looking at this as a golden opportunity to win against the Pakistani and Indian teams.

For that, the team has to first battle out Hong Kong, UAE, Oman, Malaysia and Singapore teams in the six-team qualifier round, the winners of which will be sent to Asia Cup’s Group ‘A’ that already has India and Pakistan.

Nepali team is currently in Sri Lanka preparing for the series and will undergo practice matches in this regard beginning from August 22, 2018.

“We had missed out on Asia Cup despite qualifying for the tournament, but the opportunity has come once again. This could be a milestone for us. It’s also a huge challenge at the other hand. But first up, we need to pass the first hurdle. It’s time we put all our focus on the game,” says National Team Vice-Captain Gyanendra Malla.

National team skipper Paras Khadka is confident about team’s winning at the tournament.

“It will come down to tactical move because all the participating teams are quite familiar to each other. The boys are well prepared and when the tournament begins we want to put in our best performance,” said Khadka at a farewell ceremony held at Speaker Krishna Bahadur Mahara’s residence in Baluwatar.

“Asia Cup Qualifier is a very good platform for us. The boys will give their everything to make sure they get the chance to play against global giants India and Pakistan. Considering the performance we have been giving in the last one year, the confidence is sky high. We are close to rewrite history,” says Jagat Tamatta, National Cricket Team Coach.