The 34-year-old chef will be competing against two other chefs tomorrow for the coveted crown.
Business
Inspirational
News 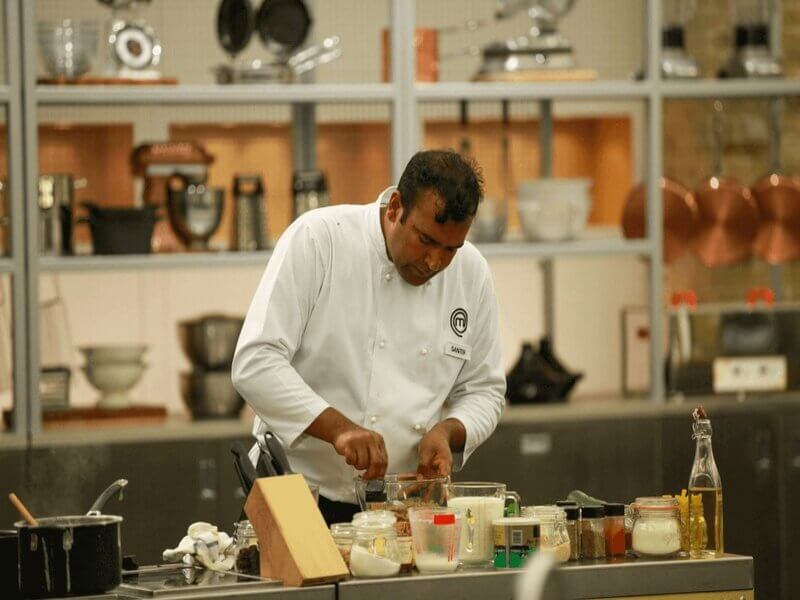 Nepali Chef Santosh Shah has become an internet sensation after he made it to the Final Three of BBC MasterChef: The Professionals 2020, the popular competitive cooking show.

The thirty-four-year-old chef now based in London impressed the judges on his way to making it to MasterChef 2020 finals.

Competing for the Final Three on Wednesday, shah cooked lamb marinated in spices with fermented mustard greens, a bone marrow curry sauce, and a mint paratha in the first round.

In the next round, the chefs were supposed to prepare a dish for someone they love. Santhosh prepared a meal for his mother. He cooked:

The judges nearly unanimously praised his dishes and selected him for the Top 3 Finals.

“Getting into The Final is a dream come true,” said Shah after he secured a spot in the finals.

“I entered this competition to promote my country’s food to the world, and being able to cook Nepalese food in the competition is very special. I believe Nepali cuisine is waiting for the right platform to be introduced to the global audience,” he said about his passion.

“I see a lot of scope, as all the native Nepali dishes are easy to cook and are healthy.  ‘I want to put Nepalese cuisine on the world map of culinary food one day,” added Santhosh.

Shah, the head chef for The Cinnamon Collection, will be cooking against two other chefs tomorrow for the Masterchef Champion 2020 title.

Santosh Shah was born in Karjanha, a small village in the south-eastern district of Siraha, Nepal. He started his career as a dishwasher at a local restaurant in Gujarat, India, and it’s here where he found his love of cooking.  After working in India for ten years, Shah moved to London, where he now works as an executive chef at Saffron Circle UK besides being a head chef at the Cinnamon Collection.