According to sensitive index, Group A companies performed relatively low and showed a marginal decrease by 0.46 points
Business
News 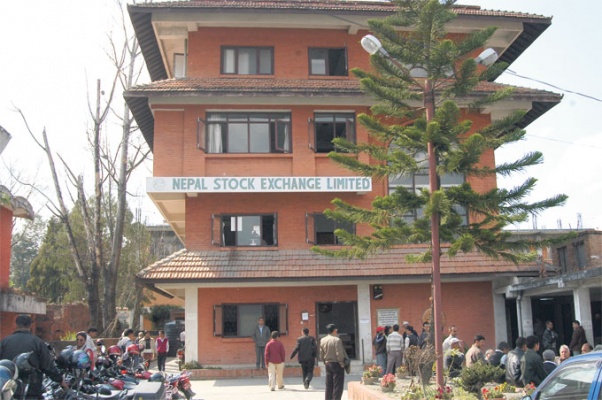 On Sunday, the market that opened on a hopeful note of 1193.39 points, slumped lower to close at 1,181.66 points. However, on Monday and Tuesday the market index witnessed a high, resulting in an increase by 12.84 and 4.77 points on both days. Going forward, in the middle of the week the stock market saw a downward curve when the market index fell by 4.92 points and 3.15 points, respectively.

As a result, the stock exchange market slumped to close at 0.18 percent in the overall trading days.

“Investors complained that they were still compelled to pay as high as 15 percent interest rate despite the banks’ assurance to lower the rate following an ease in liquidity position with them in recent days,” revealed a stockbroker. 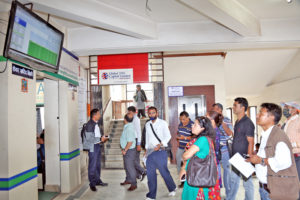 According to sensitive index, Group A companies performed relatively low and showed a marginal decrease by 0.46 points to close at 250.96 points. The majority blue chip companies including commercial banks also witnessed a fall in their share process.

Out of 11 trading groups, five reported losses during July 22-28, 2018. Microfinance faced the bigger brunt, losing 20.11 points and totaling up to 1541.5 points. Manufacturing followed next, reporting a loss of 9.31 points.

Talking about the winners, hotels climbed higher by 38.54 points, followed by trading by 0.42 points, and finance companies by 0.33 points.

Recently, the Nepal Stock Exchange separated life from non-life categories in the insurance group, both of which reported a closing total of 5,942.18 points and 5,904.76 points.

In the banking sector alone, Nabil Bank Limited was leading in terms of transaction amount. The company earned a turnover on shares worth Rs 53.03 million. Nepal Investment Bank stood second after displaying a turnover of Rs 38.88 million. This was followed by Nepal Credit and Commerce Bank, Nepal Bank Limited and Samina Bank.

Mega Bank Nepal witnessed the largest transaction volume in terms of number of shares with a total of 137,000 its shares traded during the review period.

During the last week, stock of 179 listed companies were traded. With the fall in market index, the transaction amount also observed a fall by 27.41 percent to close at Rs. 1.05 billion. The traded number of shares also declined to 3,945,760 units from a previous statistic of Rs 4,754, 520 units.