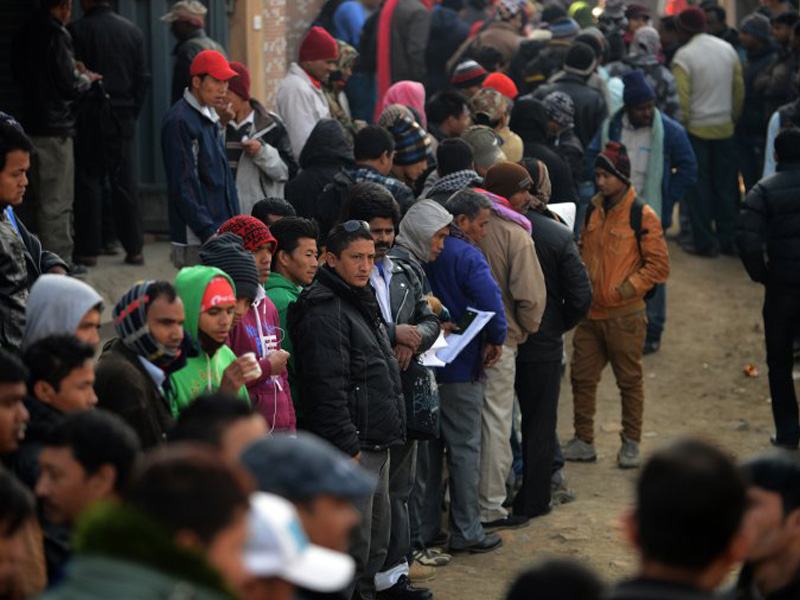 According to Nepal Foreign Employment Promotion Board (FEPB) official data released on November 4, 2018, the number of Nepalis dying at foreign employment destinations increased in the last decade.

During this period, migrant deaths took place in 34 host countries. Other than this, 1,178 workers became disabled due to diseases, road accidents and workplace accidents.

Moreover, 213 migrant workers died and 74 are critically injured during the last three months.

Unfortunately, Nepal’s limited employment opportunities force the nation’s young generation to look abroad for opportunities. Over 86 percent of Nepal migrant workforce is concentrated in Gulf countries and Malaysian destinations. Sadly, trips to countries such as Qatar, Saudi Arabia and Kuwait were these migrant workers’ last trips.

Other than the rising number of deaths, instances of permanent disability and life-threatening diseases also keep them from fulfilling dreams of their families.

Compensations and Remittances
In a radical move last year, the Nepal Government increased the compensation amount to NPR 700,000 from NPR 300,000 for a deceased person’s family members.

The authority also increased the compensation period to one year wherein a disabled person and his family is eligible for financial assistance until one year after the worker returns home.

Besides this, the government also has a medical coverage for 15 different critical disease types that migrant workers contract abroad including cancer, heart attack and kidney failure.

The bereaved family also gets an additional NPR 1.5 million life insurance in case of a migrant workers’ loss.

In the last decade, Nepal received USD 38.67 billion in remittances from migrant workers abroad, especially workers in the Gulf.

However, it is important to note that FEPB paid NPR 1.67 billion as compensation and other welfare schemes for workers including ferrying of dead bodies to families, repatriation, rescue of stranded animals and scholarships.

These expenses were undertaken by the Government from the fund collected from these workers. This fund is limited to Nepali workers who have followed visa regulations.

Former Nepali Ambassador to Saudi Arabia Udaya Raj Pandey said that the idle fund, which has accumulated in billions should be better utilized for profitable measures so that this money grows and helps protect workers.

Pandey adds that both the source and host countries should make a contribution to the fund.

“The fund can be provided to them as a loan on lower interest rates. Safety shelters can be opened for our stranded workers,” Pandey said.