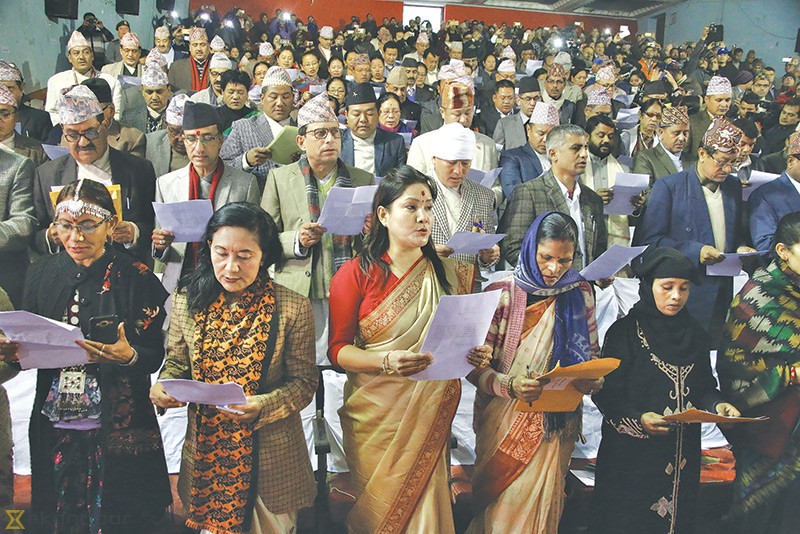 Dressed in cultural and traditional attire, various ethnic community members elected through recently-held provincial elections sworn in as Provincial Assembly members at all the seven provinces of Nepal on January 21, 2018.

Representing their community background, some of the members took oath in their respective languages. 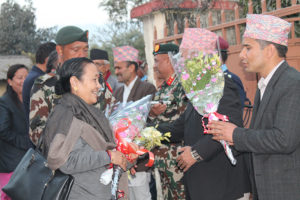 Koirala has been widely-acclaimed for their extensive social activism through fight against women trafficking, among others and was conferred with the CNN Hero 2010 award.

Continuing her journey as a social worker, she joined the mainstream Nepali politics through Nepali Congress on November 12, 2017.

Meanwhile, the Communist Alliance members met for a discussion on setting top priorities of the new Nepali Government that is yet to be formed on January 21, 2017

The resultant task force would set priorities for the new government based on the joint election manifesto to be formed by the two left parties, CPN-UML and CPM-MC.

“We asked the province chiefs of the party to finalize the names according to the clusters as decided by the task force,” Shrestha added while informed that the names would be announced on Jan 26, 2018.

Maoist Centre leader Pun said that the coordination committee endorsed the report and the two top leaders will make any correction if needed.