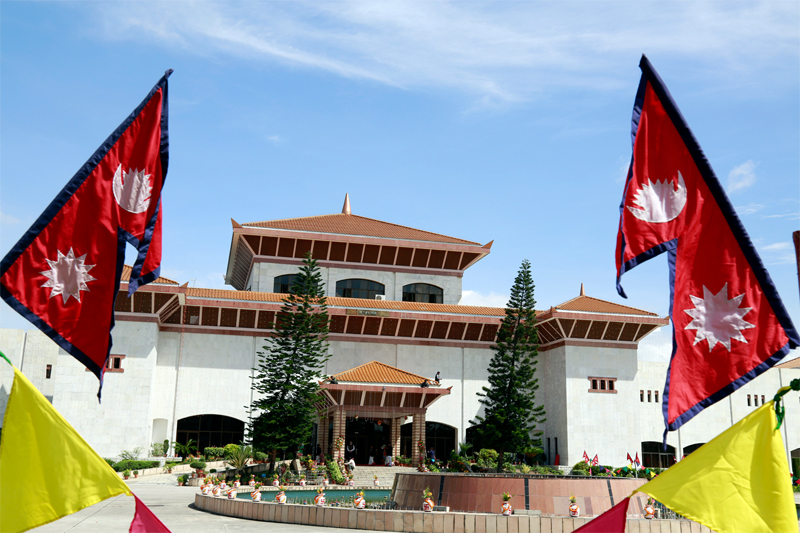 Nepal is currently gearing up for the Presidential election as a move to elect its new President in the place of current President Bidya Devi Bhandari.

The Election Commission has announced March 13, 2018 as the date for conducting Presidential elections after a round of discussions with the newly-appointed Prime Minister KP Sharma Oli and various political parties, informed EC Spokesman Navaraj Dhakal.

“There will be a separate election to choose new Vice-President a week after the presidential election,” added Dhakal.

The new President and Vice-President of the country will be elected through a voting by Electoral College that includes members of the Federal Parliament and Provincial Assemblies, a month after the formation of Federal Parliament.

These elections for the posts of President and Vice-President will see the replacement of Bidya Devi Bhandari and Nanda Bahadur Pun whose tenure began in October 2015 and will be ending very soon.

These polls are also crucial for the implementation of the Nepal’s new Constitution promulgated in 2015.

Meanwhile, as per the recent update, the Left Alliance Communist Party of Nepal-Unified Marxist Leninist (CPN-UML) has expressed its willingness for Constitutional amendments.

CPN-UML has reportedly agreed to the amendment draft made on the basis of recommendations by Upendra Yadav led Federal Socialist Forum Nepal (FSFN). 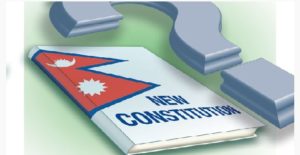 “The government has marched closer to make the revision on the clause that creates a hurdle for naturalized citizens to a take over the key post of the country,” say the sources, adding that a finalized decision in this regard is yet to be made.

“Sooner or later, the Federal Socialist Party will join the government over heading the Rashtriya Janata Party Nepal (RJP-N) and this instance has increased the distance between the two parties who once took to the streets with the same demands and issues,” informed a statement.

In another major move, the Left party leaders Oli and Pushpa Kumar Dahal have also proposed collaboration with FSFN to hold two-third majority in the House of Representatives.

Out of the 275 seats, the Left Alliance parties (CPN-UML and CPN-MC) won 121 and 53 seats respectively in the lower house in the recently-held elections, and a coalition with 16 FSFN members will get the Left Alliance two-third hold in the House of Representatives.

The newly-appointed ministers took their oath of office at a recently-held ceremony at Presidential Palace Sheetal Niwas in Kathmandu. 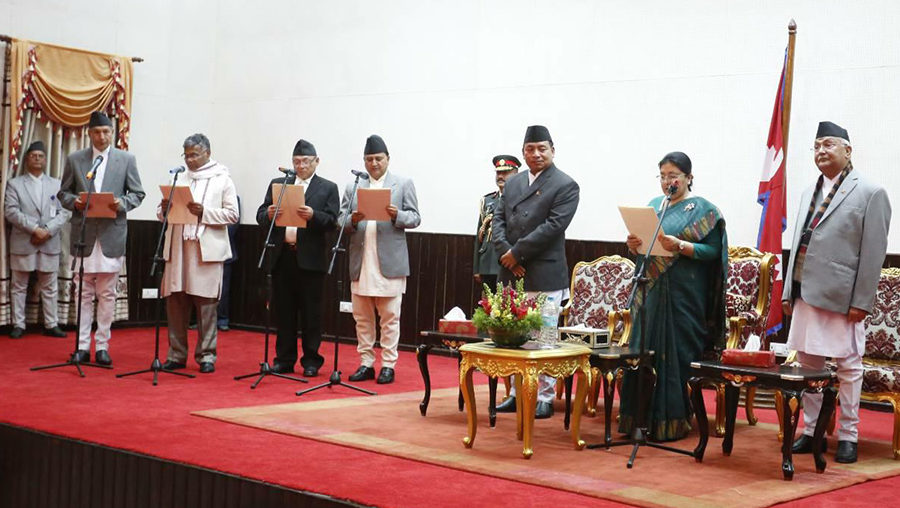 The new finance minister is a notable veteran economist of Nepal and also served in key positions as the Governor of the Nepal Rastra Bank and as the Vice-chairman of National Planning Commission (NPC).