President Bidya Devi Dhandari, Prime Minister KP Sharma Oli and other dignitaries of the nation extended their wishes to the populace
News 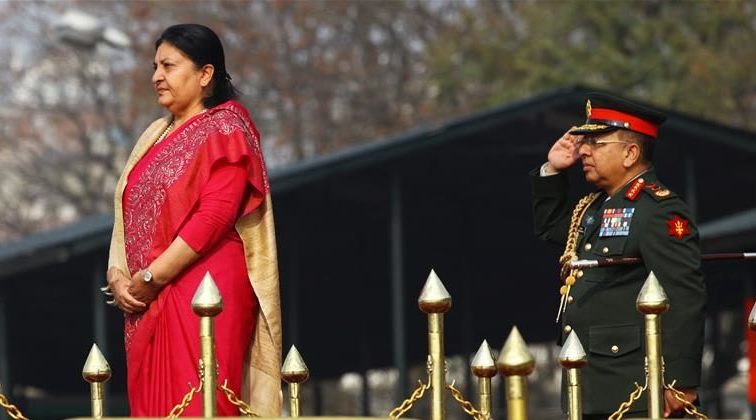 Nepal observed the 68th Democracy Day with grand celebrations across the nation on February 19, 2018.

The celebration saw key events such as a special program by Nepal Army (NA) Pavilion in Tundikhel, Kathmandu, a gun-salute to the Head of the State, a minute silence program to all the martyrs who struggled for the country’s progress, among others.

The day also saw special performances by the staff of security agencies and also flower showers from helicopters.

President Bidya Devi Bhandari, Prime Minister KP Sharma Oli and other dignitaries of the nation extended their warm wishes to the country’s citizens on this special day.

Stating that “a mega campaign has been started to bring happiness in the face of Nepali people by fulfilling their desires,” Oli appealed to all the political parties and the general public to work for the overall development of the country.

“Time has come to transform the people’s long cherished dreams. All need to be united to take the country towards the path of prosperity by mobilizing resources,” added Oli.