Nepal Laws and Rights – A Glance from Past to Present 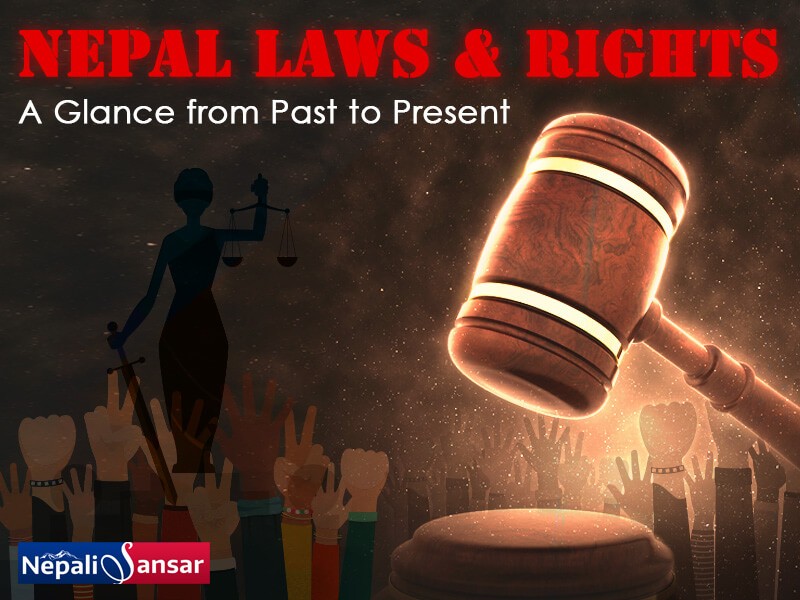 Laws and Rights are very important for any society for the overall well-being of citizens.

While many of the world nations have strict and stringent laws that protect citizen rights, some still lack them and are in fact struggling in the fight for survival.

Nepal is one such country that has seen various transitions over centuries from the kingship rule to democratic continued to today’s federal structure.

During the process, the ‘Code of Conduct’ has always been a serious matter of discussion for the country and its people. Discrepancies in this scenario drew their roots from the country’s constitution, which itself has suffered over centuries for sustainability and stability.

Let’s take a look at how the Laws & Rights transformation happened in Nepal over the period.

Roots of The Problem 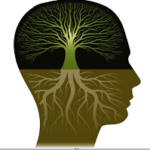 Political instability and constitutional uncertainty are the best ways to describe the laws & rights situation of Nepal.

Post-independence era for the country began with the political instability that did not support constitutional formation.

Nepal has seen various shifts in political authority from kingship rule to multi-party system and again back to the Kingship since 1951, the year that saw the fall of the hereditary prime ministership in the country.

Finally, it was in 1990 that the country saw its new democratic constitution after the then King Birendra decided to adopt the new constitution owing to intense political pressure.

1990 is often hailed as the year that had set the foundation for the ‘Rule of Law’ in Nepal.

However, shift in authority did not stop with that.

The Article 127 of the Constitution: The Power to Remove Difficulties which states that “if any difficulty arises in connection with the implementation of this Constitution, His Majesty [The King] may issue necessary Orders to remove such difficulty and such Orders shall be laid before Parliament,” changed the game all together.

Again, in response to the Maoist violence and delayed elections, the then King dismissed the Prime Ministership of Sher Bahadur Deuba and assumed full executive powers. Despite the arrival of series of PMs later, the real authority was in the hands of the King.

Similar situation took place in 2005 again. The King dismissed the then PM taking back his powers and declared a state of emergency.

Taking back of powers from Deuba damaged Nepal’s global status, which led to some terming the country as ‘another Uzbekistan’.

As a result of these political consequences, the law and order position in the country drastically fell down raising serious doubts about protection of citizen rights in the country.

“Nepal’s human rights and security situation has steadily declined since 2002. Nepal had the dubious distinction of having the world’s highest number of disappearances for both 2003 and 2004,” says the United States Institute of Peace (USIP) in its report published in 2005.

The report adds that the situation had gone beyond missing cases and also involves serious violations of common human rights such as extrajudicial killings, rape and restrictions on freedom of speech, assembly and association.

“All participants agreed that Nepal desperately needs a return to multi-party democracy to restore the governmental legitimacy necessary to negotiate peace with the Maoists. Such legitimacy cannot be achieved without fresh elections,” noted the report, citing panelists’ views on the situation.

Fast forward to a decade, 2015 was a bad year for Nepal majorly because of the devastating earthquake that shook the country’s landscape posing threat to rights of a large number of quake victims and others.

Though 2015 saw the formation of the new constitution, violent protests around inclusion of communities belonging to the hilly regions stopped the government’s efforts to enforce rights or provide justice for wartime abuses.

In around 14 of Nepal’s most-severely affected districts, nearly 2.8 million people needed humanitarian assistance, which questions the protection of citizens and their rights in the country.

The constitution, brought into picture in 2015, left several doubts about rights and their implementation in the country, which was followed by months of violent protests.

The tense situation was largely attributed to hastily-drafted constitution that was promulgated just in a week’s time after public consultation.

Two transitional justice mechanisms were also set up in the year to ensure justice to victims of the 1996-2006 civil war.

The year also saw introduction of the “free visa, free ticket” policy in support of Nepali migrant workers in Gulf and Malaysia.

Overall, the year 2015 was really bad for Nepal, majorly because of the massive earthquake that not only led to loss of lives and structures, but also disturbed the country’s laws and rights scenario as evident in victims’ complaints about lack of governmental support, financial assistance, political fights leading to delays to setup quake reconstruction authority and failure in parliamentary functioning to address the same.

Political instability continued even through 2016, the year that saw another change in government.

Political coalition led by Pushpa Kumar Dahal formed the new Nepal Government, the 9th one formed over the last eight years since then, giving some new hope!

Fight against age-old practices like child marriages got their due boost in the year, but little instability in the political situation at that time didn’t take that to the needed extent.

“The government has pledged to end child marriage by 2030, and in 2016 adopted a broad strategy on ending child marriage. Still missing, however, is a practical plan, and a promised process to develop one has been slow and undermined by lack of coordination and political will,” said the Human Rights Watch (HRW), a global human rights organization, in its consolidated report on 2016 events in Nepal.

The report also noted that the new constitution failed to meet the rights of nearly 4 million Nepalis who reportedly had any official status and were at risk of statelessness.

However, the year saw little concrete progress on transitional justice pertaining to serious abuses that occurred part of civil war in 2006.

Despite strong opposition from civil societies and activists over lack of transparency in the appointment of key officials, the Truth & Reconciliation Commission and the Disappearances Commission resumed their public hearings as of August 2016 and have received around 59,000 complaints.

While the old government said it would withdraw all wartime crimes against the alleged as a pardon, the new government pledged of amending relevant laws to provide needed justice to conflict-era victims.

But, a concrete roadmap for the same remained a wait!

2017/2074 was really a game-changer year for Nepal and its citizens majorly because of the local body and general elections to welcome a long-awaited political transition.

As envisaged, the Deuba-led Nepali Congress Government conducted the three-tier national elections for electing members for the Lower House of Parliament, House of Representatives and members for the newly-created provincial assemblies.

Nepal received global attention for these elections majorly for timely conducting and smooth flow of the electoral procedure in line with the Code of Conduct as envisaged by the Election Commission.

“Domestic and international observers characterized the national elections as ‘generally well-conducted,’ although some observers noted a lack of transparency in the work of the Election Commission of Nepal (ECN),” HRW said in its 2017 report on Nepal.

Security mechanism adopted to ensure the safety and transparency of electoral procedures earned wide recognition for Nepal from the world nations and global rights organizations.

“The government routinely investigated and held accountable those officials and security forces accused of committing ongoing violations of the law. Security personnel accused of using excessive force in controlling protests in recent years did not face notable accountability, nor did most conflict-era human rights violators,” HRW added.

The year also saw some key developments in a few conflict-era cases, but the status of those disappeared in the 1996-2006 civil conflict remained unknown.

According to HRW, there were no reports of disappearances by or on behalf of government authorities during the year. And, the new criminal code expected in 2018 criminalized disappearance.

In June 2017, the Commission of Investigation on Enforced Disappeared Persons (CIEDP) had set up five teams to initiate investigation on complaints pertaining to disappearances filed by conflict-era victims.

Despite some reforms, many other issues pertaining to rights such as lack of citizenship law even two years after the promulgation of the new constitution, among others remained a question even at the end of 2017, which concluded with giving hopes on the new Communist-led new Nepali Government that saw an outstanding victory nation-wide. 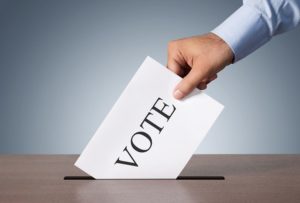 2018 is a fresh year for Nepal and its people, because of the formation of the Communist party led new government that saw KP Sharma Oli returning to power as Nepal’s new Prime Minister.

Formation of Oli-led government triggered a sudden phase of change in the country in all aspects, from internal governance to maintaining external relations.

Balancing the act, Oli Government began its journey by maintaining a balanced stance with both the Asian giants adjacent to the Himalayan nation.

Bringing in unexpected reforms in a dashing move remained the highlight of the new government as seen in proposal of new laws pertaining to criminal code and transitional justice, among others.

From Day-1, the new government has been on foray of new laws to get nearly 110 laws approved at the Parliament, failing of which leads to cancellation of all the pending laws, to support the full-fledged implementation of the new Constitution by the midnight of September 18, 2018 as per the constitutional deadlines.

August 2018 triggered new phase of development in Nepal’s rights situation beginning with the implementation of the new Civil Code Act & Criminal Code Act that envisages to bring major reforms such as action against acid attempts against women, anti-pollution measures, criminalizing rape victims, among others in the country’s legal system, replacing the 55-year old Nepal General Code.

The implementation of the new civil code on August 17, 2018 drew mixed response. While some termed it as the move to ‘suppress press freedom’, some supported it saying it is the new phase in the country’s rights situation.

As of August 2018, 73 out of 110 laws have been drafted with some of them already endorsed and 37 laws are yet to be drafted with five of them still awaiting the addition of relevant rights and the government was making moves to forward 25 of 73 drafted laws for Cabinet approval, which will further be endorsed in the Parliament.

The Government of Nepal registered 16 out of 17 key bills pertaining to fundamental rights in the Parliament on August 27, 2018. These 17 new laws under consideration make up the total 31 fundamental rights and duties as promulgated by Nepali Constitution.

Some of the bills under process at the Parliament include:

Besides these, the government is also seriously working on the law to ensure sustenance allowance for unemployed citizens in line with the constitutional statute of employment for every citizen.

Besides the new ones, there are nearly 375 old laws that are still waiting amendment to comply with the constitutional rules.

Whatever, the laws & rights scenario of Nepal is literally a story of ups & downs. Will have to wait and watch what new the Oli-led, present Nepali Government will do to protect and safeguard the rights of its citizens!