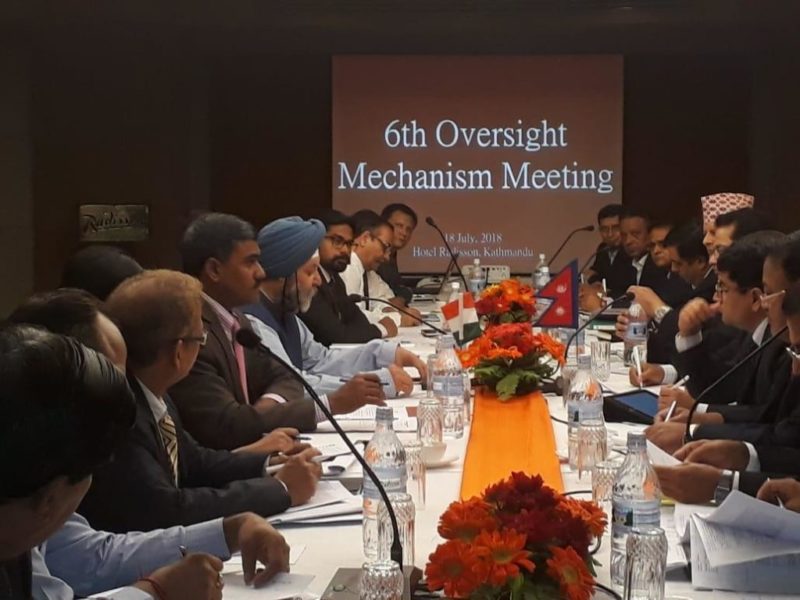 In a move fast-tracking all pending Indian-funded development projects, the Himalayan country hosted the ‘Sixth Nepal-India Oversight Mechanism Meet’ in Kathmandu on July 18, 2018.

This meet was used by both parties to identify the roadblocks that hinder project implementation.

According to the Nepal Foreign Affairs Ministry, the status of all ongoing Indo-Nepal projects was discussed.

The meeting stressed on completion of all the economic and development projects at the earliest, by finding solutions to difficulties experienced during implementation of various projects.

Cross-border rail projects, Arun-III Hydropower project and the Terai Roads project are some of the projects, as per the update by the Indian Embassy.

The two bodies discussed the measures for early completion of the project within the provided TAT and expressed commitment for smooth execution of projects.

The latest decision comes as a result of the discussions made on the Nepal-India Oversight Mechanism to address concerns over ongoing bilateral projects implementation within stipulated time frames, taking during former Nepal PM Pushpa Kamal Dahal’s state visit to India in September 2016.