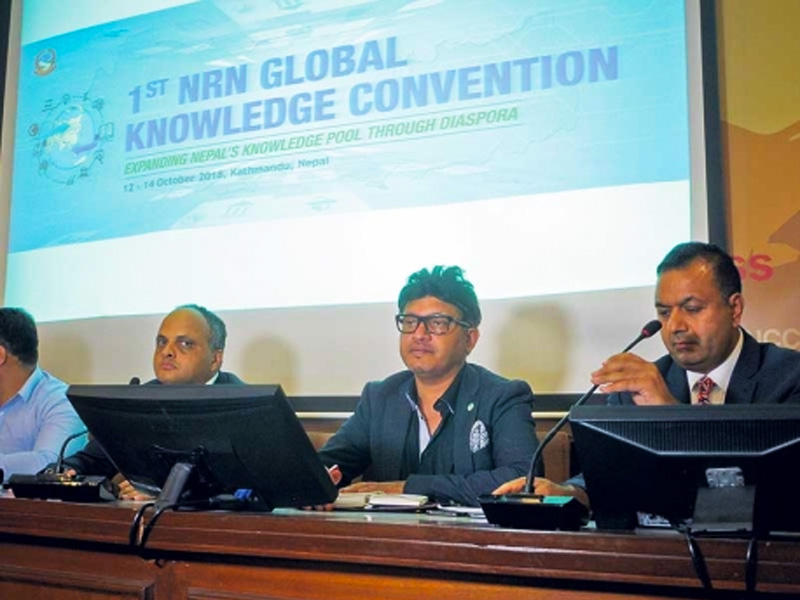 In this regard, Nepal Foreign Affairs Minister Pradeep Gyawali said the government is ready to work with NPI in its policy-level initiatives.

Speaking at the NRNA first NRN Global Knowledge Convention under the theme ‘Diaspora’s Role in Development Policies of Nepal’, Gyawali welcomed NPI to audit the country’s existing policies on the basis of world’s best practices and make necessary recommendations for alternative policies.

“Many things which are not possible to do living away from the motherland have become possible now due to the ICT facilities and advanced modes of connectivity,” said  NPI Chair Khagendra Dhakal.

“NPC being the major government think-tank, I would appreciate the collaboration of NPI in areas of government priorities,” Kadel added.

As part of the session, NPI Executive Member Sharad Neupane presented NPI’s Strategic Plan (2019-2021) and said the institute was ready to partner with the government.