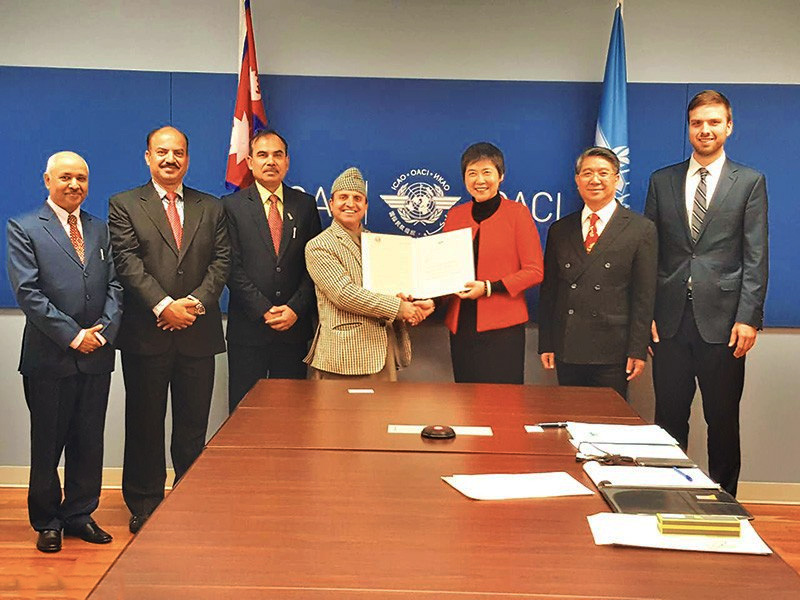 In a major breakthrough for Nepal, the country became the 135th member to ratify the Montreal convention.

Nepal Government officials submitted the ‘accession instrument’ to the International Civil Aviation Organization (ICAO) in Montreal on October 16, 2018. Nepal is the 135th member to ratify the convention.

“The MC99 will come into force in Nepal on December 15,” said Buddhi Sagar Lamichhane, Joint Secretary, Ministry of Culture, Tourism and Civil Aviation.

“We are currently discussing domestic legislation to reflect the principles of the Montreal Convention,” he added.

“This is a big achievement because the accession will have a number of practical benefits for passengers besides boosting traveler confidence,” Lamicchane said.