Nepal is gearing up for one new agreement with Australia and revised MoUs each with UAE and Thailand.
News 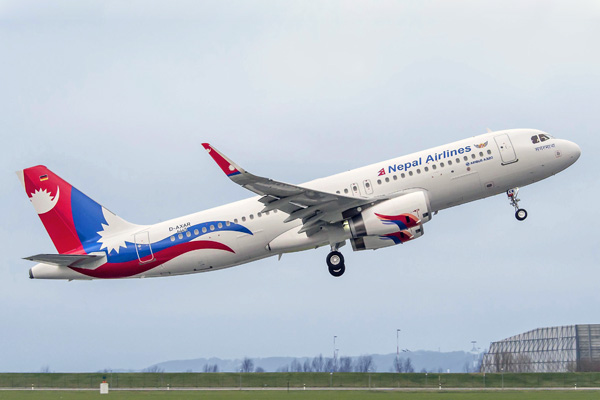 In a move expanding the country’s air base, the Government of Nepal is making moves to sign three new bilateral Air Service Agreements (ASAs) with three countries.

In line with the Nepal Air Corporation’s (NAC) plans, the new decision envisages signing of new agreement with Australia and revising of the existing aviation agreements with UAE and Thailand.

According to Pramod Nepal, Undersecretary at the Nepal Ministry of Culture, Tourism and Civil Aviation (MoCTCA),  Nepal and Australia have already signed deals to operate seven weekly flights.

“We have been holding talks with Australia to sign our first MoU regarding ASA. We have received positive response from the Australian Government on the draft MoU. We are in the process of preparing a final MoU based on the feedback and hope to sign the ASA very soon,” says Pramod.

Under the deal, Nepali airlines has been allowed to fly its planes across Australian cities such as Brisbane, Perth, Sydney and Melbourne.

Flights to Australia have become more viable in recent years as the number of Nepali students pursuing their academics in Australia and the number of Australian tourists visiting Nepal have both gone up, adds Pramod.

Revisiting the Existing
In another update, Nepal is also gearing up to sign a revised MoU with UAE to boost the air traffic between the two countries, which is currently at 28 flights per week.

Signed for the first time in 1999, Nepal and UAE revisited the agreements and signed the revised MoUs in 2013 and 2015.

Meanwhile, the government is under plans to discuss with Thailand about the revision of the existing ASA between the two countries.

“We expect the revised agreement to be ready in the near future,” says Pramod.

Riding High on Air Agreements
The latest updates are coming as a development after NAC received its first-ever 274-seater Airbus A330-200 series wide-body aircraft from AAR Corporation, very recently.

The Corporation is also set to receive it’s another such aircraft later in July 2018 and plans to have two narrow-body aircraft by 2019 adding to its international fleet.

So far, Nepal has signed bilateral ASAs with 38 countries, which facilitates ways for Nepali airlines to operate 214 flights per day to and from various destinations. As government officials say, Nepal has been able to operate only 40 percent of these flights due to less number of carriers.