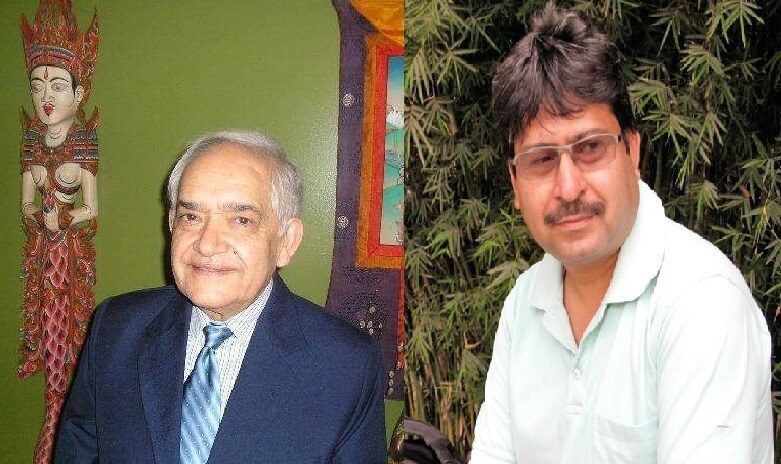 If one has to speak about Nepal, the first thing that strikes the mind is its tradition and culture.

Nepalis pay high reverence to their language and traditions that are diverse in nature.

May be because of this reason, the country has always had many great poets, literature experts and god-gifted litterateurs like Satya Mohan Joshi among others, even today in this modern world.

In respect of such great personalities, the country keeps felicitating its legends with high national honors.

In one such recent update, the Nepal Government named literary personalities Dr Tara Nath Sharma and Nayanraj Pandey for the ‘Padmashree Sadhana Samman’ and ‘Padmashree Sahitya Puraskar’ awards, respectively for their contribution to Nepali literature.

President of Khemlal Harikala Lamichhane Social Welfare Academy of Chitwan Jiba Lamichhane gave away rare honors to the duo at a function in Kathmandu on October 24, 2018.

Pandey was awarded for his autobiographical ‘Yaar’.

Formed in the year 2063 B.S., the Academy honors at least two such great literary personalities in different categories, offering both cash prizes worth Rs 200,000 each along with a certificate of appreciation.