KOTFA 2018 honored Nepali stall at the event with the ‘Best Booth Operation Award’ for its booth operations, display and hospitality
News
Tourism 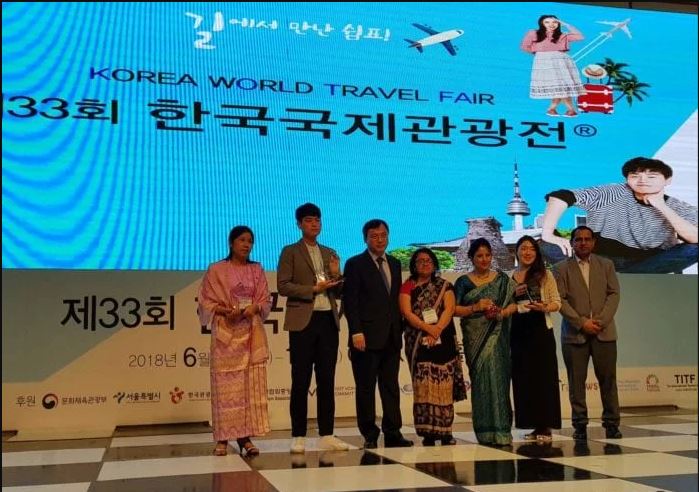 In a move expanding its tourism outreach, Nepal saw another global recognition for its tourism sector.

The four-day 33rd Korea World Travel Fair (KOTFA) 2018 that was held between June 14-17, 2018 gave due recognition to Nepal tourism for its participation at the event.

Recognizing Nepal’s efforts, KOTFA 2018 honored Nepali stall at the event with the ‘Best Booth Operation Award’ for its booth operations, display and hospitality. 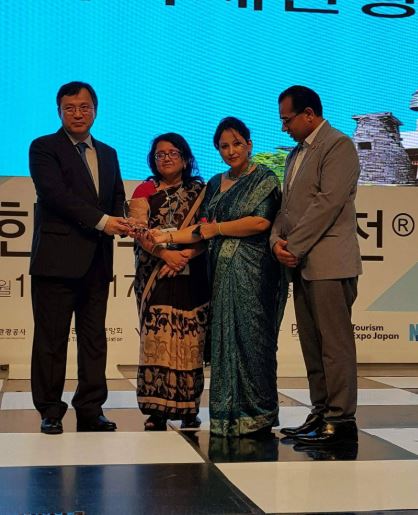 As part of the platform, Nepal informed the participants about its recent tourism updates and also promoted its potential as the world’s most-sought tourism destination.

It is noteworthy here that Nepal is one of the most favorite tourism destinations for Koreans owing to the latter’s large Buddhist population (50 percent).

South Korean tourists to Nepal have been growing on a steady pace with Nepal hosting world’s famous Buddhist tourism spots (Buddhist Circuit) such as Lumbini, Swayambhunath, among others.

Interestingly, Koreans are usually the tourists with the high spending power and this makes it positive for Nepali tourism to garner more revenues from the Korean tourist arrivals.

Besides, the two countries also hold good bilateral and cultural ties, and also have a people-to-people movement. Nearly 26,000 Nepali workforce are living in South Korea for employment and careers.

With this, transport facilities is not at all a concern for the two countries, which are easily connected by Korean Airlines that travels from Seoul to Kathmandu four times a week.