A new biogas plant in Biratnagar will replace around 1,000 LPG cylinders in a year
Business
News 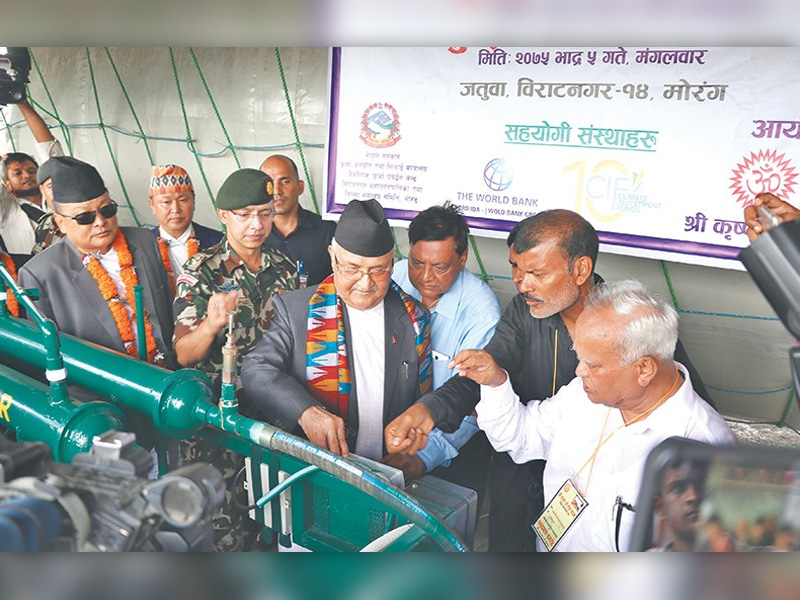 Adding to Nepal’s ‘Go Green’ initiative, here is another interesting update that speaks the usage of #alternativeenergy sources for domestic purposes.

The latest move is in line with Oli Government’s long-standing commitment to end the usage of LPG cylinders for domestic purposes by setting up gas pipelines across the country.

Surprisingly, this is not a government’s move! First such move came from a Jatuwa-based organization called Shree Krishna Gau Sewa Sadan.

The new biogas plant uses dung produced by the domesticated cows at the organization’s Gaushala (area where cows are protected) and is currently producing 160 kg gas per day, which can cater to the domestic needs of 150 households.

Under phase-1 of the project, the organization has set up gas pipelines up to 400 meters and is supplying the gas to nearly 32 families at a cost of Rs 84 per kilogram.

“This gas plant will replace around 1,000 gas cylinders in a year,” says Gyanendra Singh, an official from the District Coordination Committee.

The organization has been working under the World Bank support and in collaboration with the Energy Development Company.

Though decided on generating power through biogas in the FY 2017-18, the organization later decided to produce gas for households owing to decrease in load-shedding.

Committed to protection of cows and effective utilization of cow produce, the organization now cares for around 205 cows.

Hope, more such organizations and additional public participation would add to the government’s efforts towards 100 percent replacement of the LPG cylinders usage in the country.