Traditionally, a finance minister does not announce supplementary budget overruling the budget that was previously announced
News 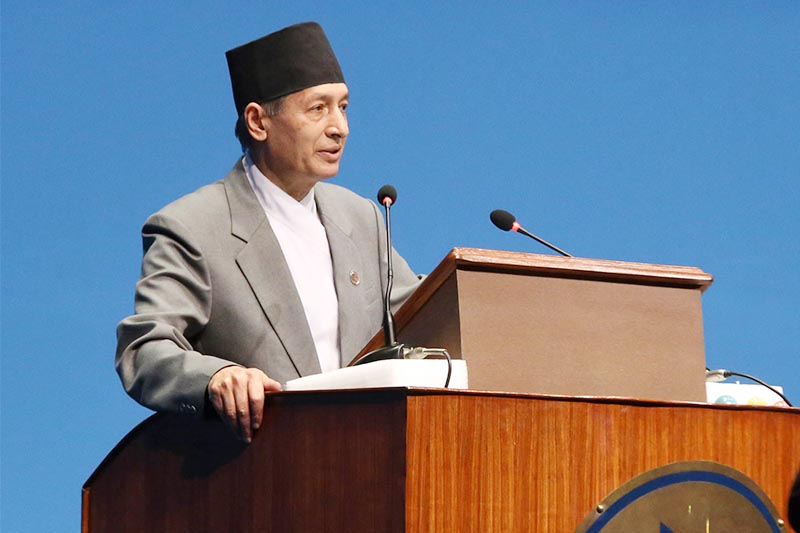 Addressing budget deficit concerns raised by various stakeholders across the country, Oli administration has given its nod to release of ‘supplemented budget’ to fill the gaps.

This move is coming exactly one month after the government released its Federal Budget for FY 2018-19.

The latest decision by Oli followed series of concerns raised by various leaders and lawmakers, who said the new budget is mandatory to execute many projects.

“The top leadership is of the view that other development programmes cannot be executed without a supplementary budget,” says a Nepal Communist Party (NCP) leader.

As the reports say, Finance Minister Khatiwada had to face an intense pressure of his party and opposition party leaders to announce new budget for execution of their programs.

“Traditionally, a finance minister does not announce supplementary budget overruling the budget that she/he had previously announced, except in an emergency situation,” adds the leader.

High-level discussions on the supplementary budget are going to happen after the BIMSTEC Summit scheduled to be held in Kathmandu during August 30-31, 2018 and post completion of the party’s unification process across local & provincial levels following a standing committee meeting on September 4-5, 2018.

Besides, NCP also plans to hold a standing committee meeting to track the status of federal governance in the country. “These meetings will also discuss the supplementary budget and ministers’ performances,” the leader added.

According to reports, the supplementary budget is likely to focus on national-pride projects and senior citizens welfare allowance.

The new budget is expected to be announced after Nepal Communist Party (NCP) Co-chairman Pushpa Kamal Dahal’s separate bilateral visits to India and China during September 7-12 and September 17, 2018.