Purja is planning to ‘plant a poppy’ in view of Remembrance Day on November 10, 2018
News 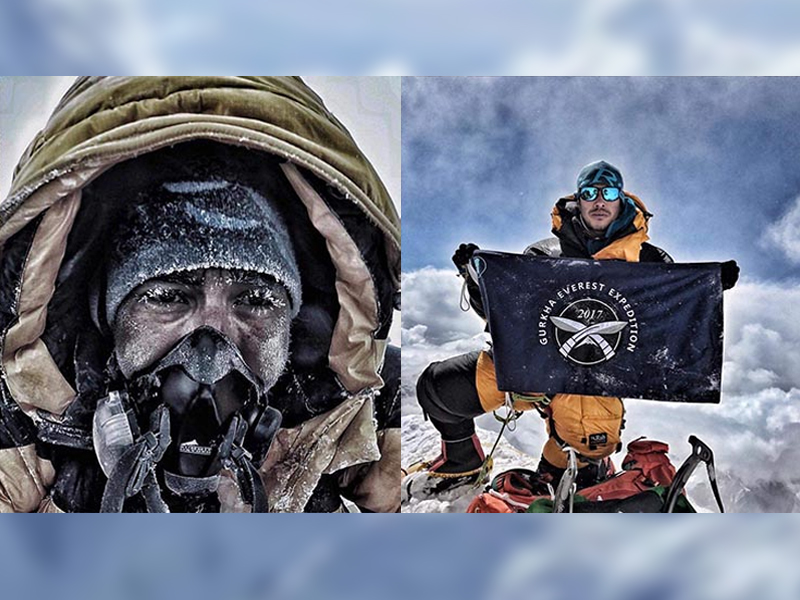 Displaying a rare feat, former Gorkha soldier Nirmal Purja has set out on an expedition to Mount Ama Dablam.

Purja is planning to ‘plant a poppy’ in view of Remembrance Day on November 10, 2018.

The brave lad will start his climb on one of the most challenging mountains aka ‘Matterhorn of the Himalayas’, this weekend.

The Gorkha soldier hopes to reach the 6,812 m peak to mark the special milestone of the ‘end of World War I’.

Purja will broadcast the planting of the poppy at 8 AM Nepalese Standard Time (NST) while the whole nation falls into silence, in respect and memory. The memorial will be broadcasted live on Purja’s Instagram @nimsdai and Facebook pages.

Currently, Purja is at the base camp, busy preparing for the climb.

About Nirmal Purja
35-year Purja hails from Dhaulagiri region and was awarded ‘Member of the Most Excellent Order of the British Empire’ (MBE) by Her Majesty The Queen for his remarkable feat in ‘high altitude mountaineering’.

In the last six years, he has led ‘seven expeditions’ over 8,000 m in the Himalayas.

Presently, Pujara holds the title of ‘fastest man in the world to climb Everest , Lhotse and Makalu’ in a record 5 days!

His next cause involves raising a fund of £1million for helping war veterans, mindfulness charities and local Nepali Charity.