The government’s Nepal School Sector Development Plan (SSDP) for the period 2016-23 is aimed at improving the efficiency, management and governance of the country’s basic and secondary education for over seven million students.
Education
Nepali Mahila 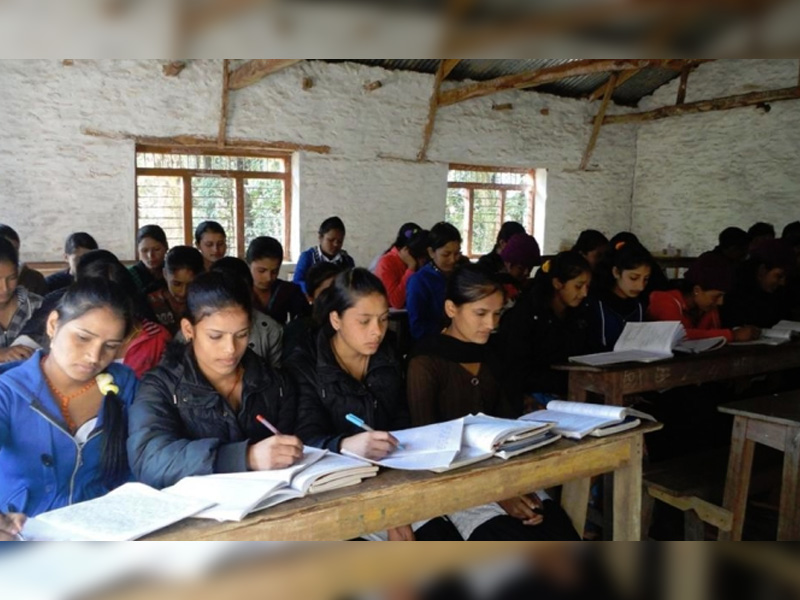 With half the country’s population under the age of 25, Nepal does not have the concerns experienced by most of the western world with regard to an aging population.

Consequently, Nepal’s future and growth of the country’s economy are majorly reliant on youth, who are its greatest demographic asset.

Providing them with the right foothold in terms of appropriate basic education is of paramount importance for Nepal, especially the women education.

Education among women community is one aspect that has traditionally been neglected in Nepal for a long time now.

According to the latest Nepal Living Standards Survey 2010-2011 (NLSS- III), there is a huge discrepancy between the men and women in terms of the adult literacy rate. While the male literacy rate stands at 71.6%, in the case of women it is limited to only 44.5%. 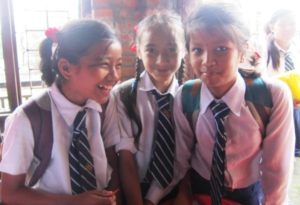 There is no lack of schools in most communities of Nepal, that boasts an impressive primary school enrollment rate of 97%. However, it has been observed that 45% of the students drop out before completing primary school and only two-thirds of the pass-outs enroll in secondary school, majorly due to poverty.

With a large population below the poverty line, most poor families of Nepal are forced to send their children to work, with 37% of children in the 5-10-year age group and 61% in the 10-14-year age group enforced into child labor.

Nepal’s deep-rooted caste system has also led many girls from disadvantaged communities to discontinue their education because of constant discrimination in school.

The fact that only 8% of the teachers are from a lower caste background also contributes greatly to this situation.

Many schools are often underfunded and are not able to provide the books, study materials, uniforms and other facilities. This is also adding to the burden on parents, who in most cases cannot afford the same.

Lack of properly-trained teachers because of the underfunding and regular absenteeism are other significant issues.

It has been widely reported that more than 300 “ghost schools” that exist only in the records have been shut down since 2014, with most of them in the capital city Kathmandu.

Girls face a number of additional hurdles such as the reluctance of parents to let their daughters continue in school beyond puberty. Restrictions during the menstruation period through age-old practices such as ‘Chaupadi’ are common, even in urban areas like Kathmandu and Pokhara today.

Child marriages and adolescent pregnancies are other widespread social issues seen across the country. It has often been observed that once married, school girls do not return to continue their education. There are only seven out of the country’s 75 districts where more than 20 percent of adult women were child brides.

Lack of separate toilets for girls is also proving to be a major hindrance. According to a UNICEF report, separate toilets are available in only around one-third of the schools, though the government and the ministry of education have concrete plans to provide all schools with the same very soon.

In the past few years, there has been a gradual progression towards realizing the goal of complete literacy among the female population of Nepal. This is in no small measure due to the consistent efforts of the Nepal Government, NGOs and funding agencies from both Nepal and many other countries across the world.

The government’s Nepal School Sector Development Plan (SSDP) for the period 2016-23 aimed at improving the efficiency, management and governance of the country’s basic and secondary education for over seven million students, has received the World Bank approval along with a credit of USD 185 million.

The Japanese Government has also pitched in with a support of Rs 280 million for the program.

Need of the Hour!

For a more prosperous Nepal, it is imperative to provide the poor, marginalized girls and women with the right access to opportunities and resources through the medium of education.

All citizens of Nepal and Nepalese expatriates around the world should contribute their mite through efforts and activities towards this noble endeavor!