Kat Queens won the Group stage eliminator match of the WCL T20 Tournament 2019 and is now headed to the finals. Queens will now face Chitwan Rhinos, which has been the leading team in the WCL T20 2019 series.

Titans won the toss and elected to bat first. The team opened their innings with J Pandey and S Khadka, who scored 12 and 34 runs, respectively. 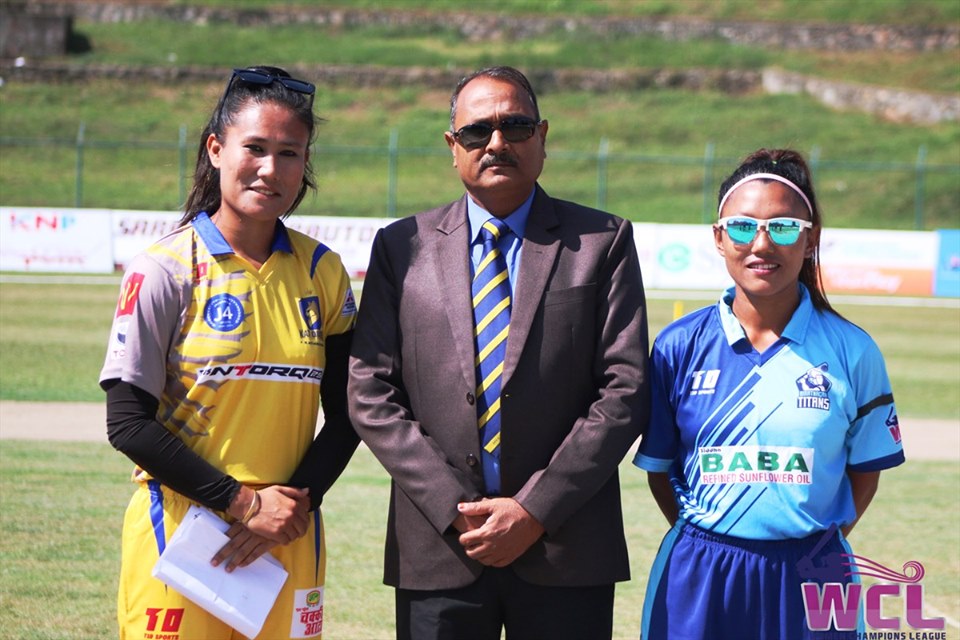 A Bidari was the only Titans’ player besides the opening batsmen to register a double-digit contribution of 11 runs. Ultimately, the team closed their innings with a total score of 68 runs at a loss of all wickets.

In Queens turn, Roma Thapa and Captain RC Belbashi opened the account for their team.

However, Thapa was bowled out in the very first ball. Following her exit, team member Apsari Begum entered the field. Belbashi and Begum scored 34 and 27 runs, giving their team the required winning runs – 70.

Queens finished their game in 9.5 overs with a loss of just one wicket. Belbashi was also Queens’ highest wicket-taker, who picked 4 Titan wickets. 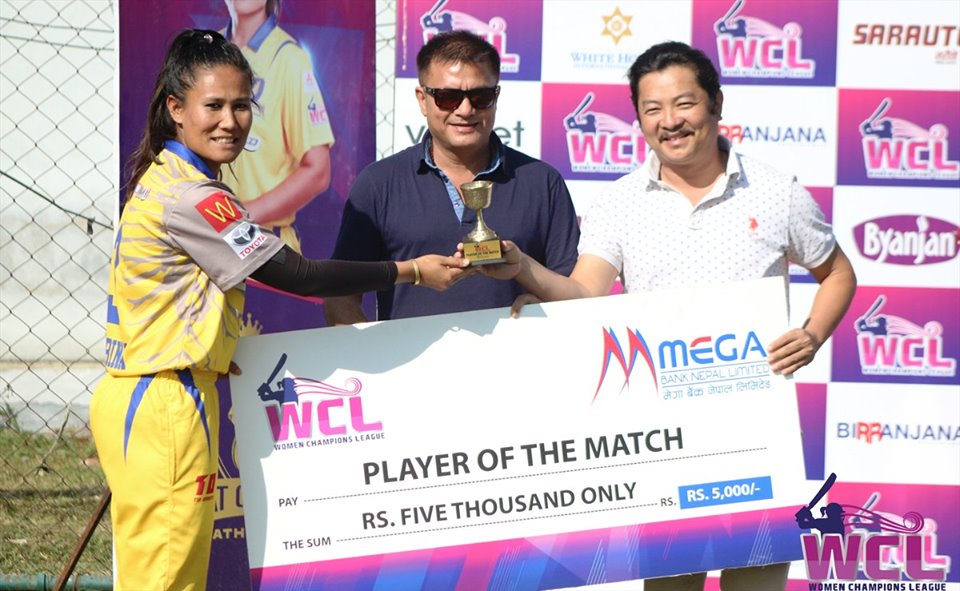 Stay tuned to Nepali Sansar to watch the best of the best clash it off in the finals!

Biratnagar Titans and Kat Queens Kathmandu will be facing each other in the Group stage eliminator match today at the Tribhuvan University at 11:30 PM.

Let’s see which team clears the eliminator to secure a berth in the final against Group 1 on October 24, 2019.

The first edition of the Women Champions League T20 Tournament has been successful until now. The initiative by Queens Event Management Pvt Ltd is a great boost to the women cricket players in the country and encouragement to the younger generations as well.

All the best to both teams! 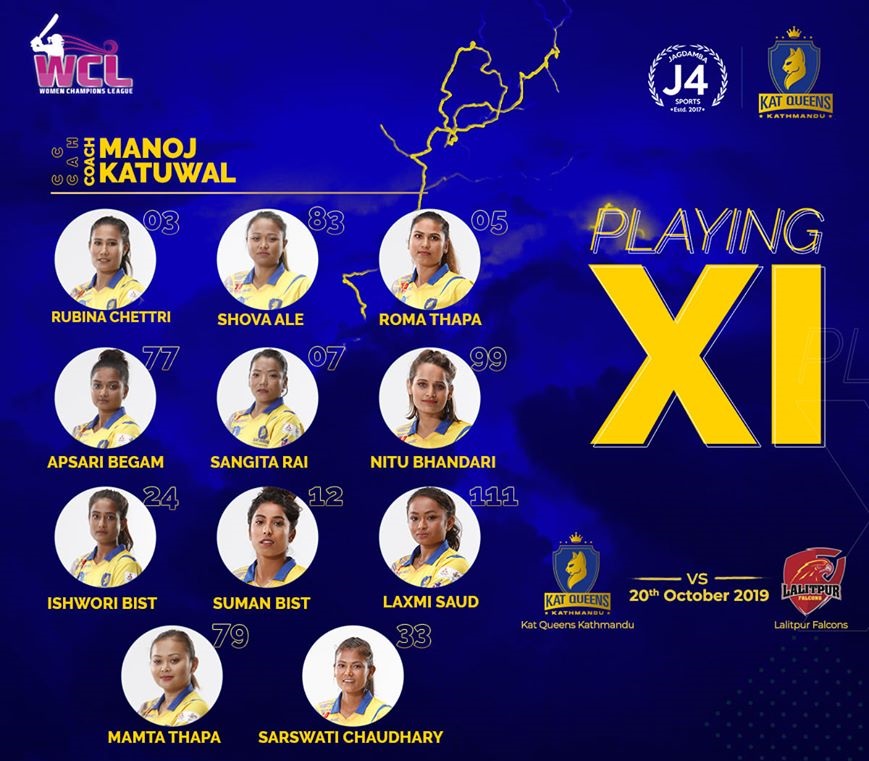 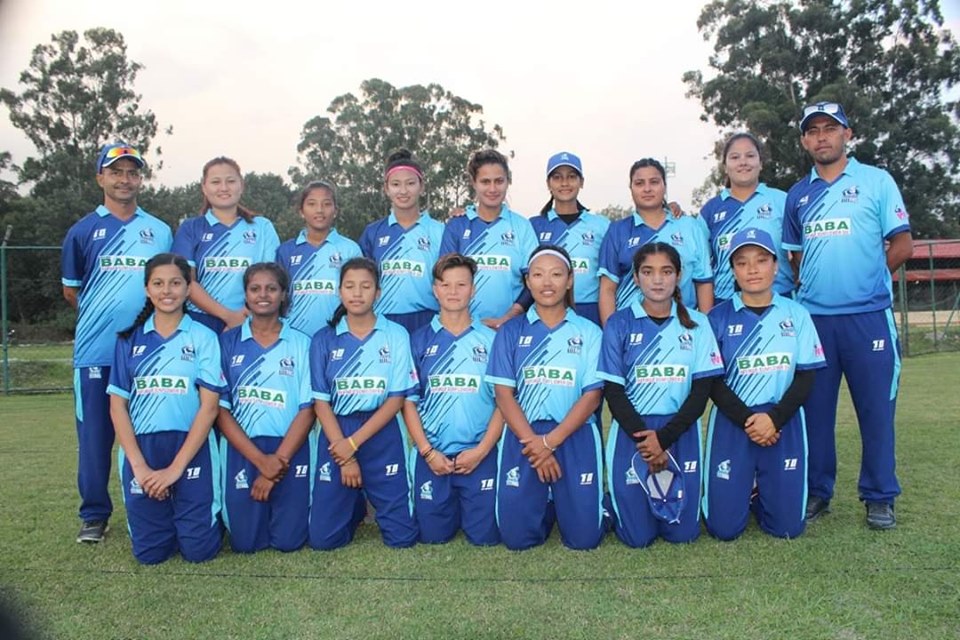