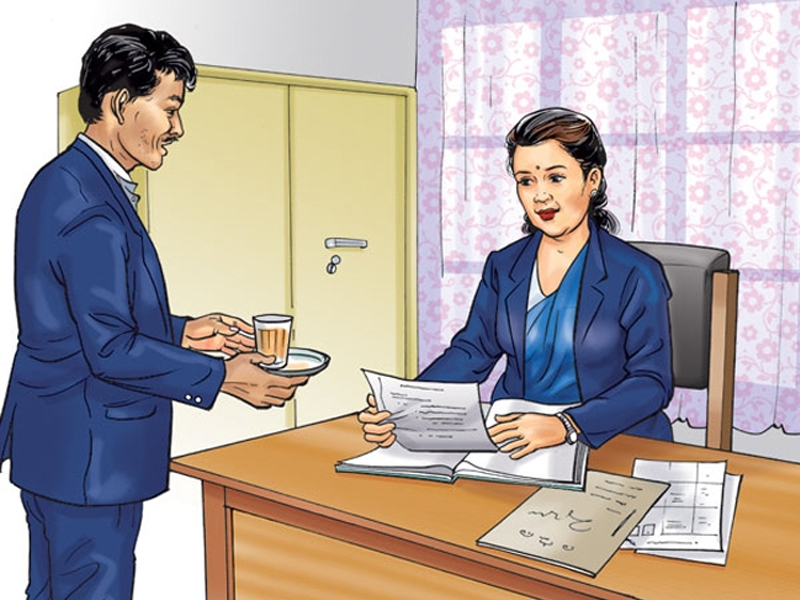 According to Government records, there are 87, 753 civil servants across Nepal.

The amendment to Civil Service Act-1993 in 2007 brought about an increase in the number of women opting for civil service.

According to the Nepal Public Service Commission’s (PSC) annual report, 296,704 women applied for civil service positions compared with 271,149 male applicants. This trend has been in place over the last decade, when the reservation came into existence.

When Niraula joined the civil services in 2002, she used to be surrounded by male colleagues in the office. But over the last 16 years, Niraula witnessed a significant increase in the number of women entering government offices, especially Singha Durbar.

“When I entered civil services 16 years ago, there was no reservation, and we were not confident about whether we could pass the exam since there was fierce competition. Now, women are confident of securing civil service job with some extra effort,” added Niraula.

“The private sector does not guarantee the kind of job security government offers,” she said.

The number of paid-time offs including maternity leave is another factor that most women consider. A comparison between private and the government sector shows that women are awarded more leaves in the later.

According to PSC, it recommended 32 percent of women for civil service jobs after the examinations during the last fiscal. Out of 7,718 applicants recommended, 2,465 were women.

“They have to spend more time fulfilling social obligations, which affects their preparation for exams compared to men who can simply focus on their tests,” she said.