In another exciting update for Nepalis, the Women Blind Cricket team won the International Women’s Blind Cricket Series against Pakistan on February 04, 2019.

The good news comes just a day after the Nepal National Men’s Cricket team won their Twenty20 International against UAE on February 03, 2019.

Although the second match was washed out due to bad weather, Nepal proved its metal by winning 4 out of 5 matches in the bilateral series. 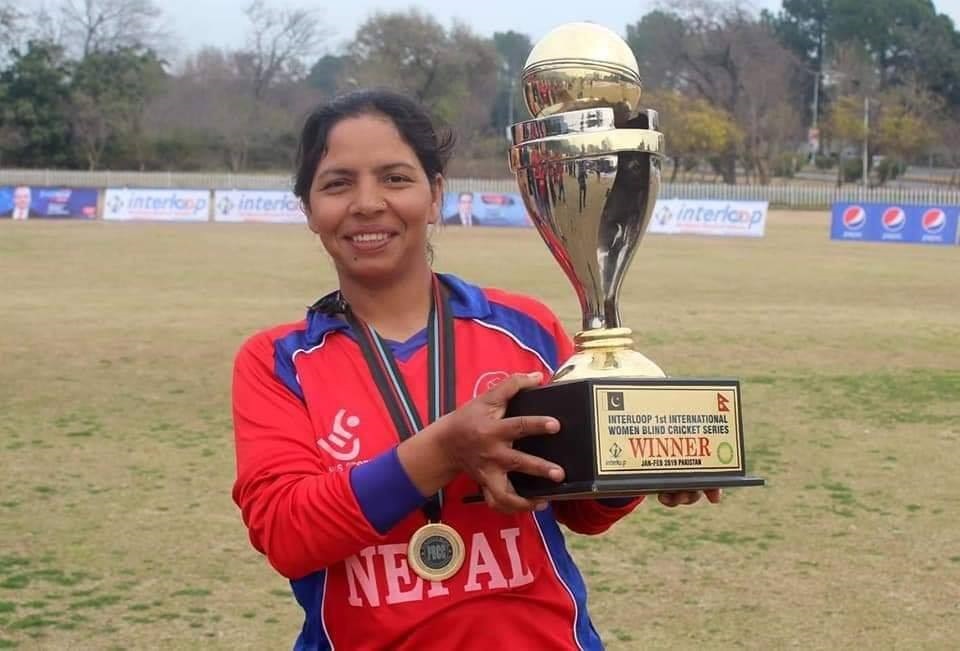 Let’s take a look at the eventful tournament in brief:

Mankeshi Chaudhary kept Nepal unbeaten with an 81-run contribution off 36 deliveries including a record 15 boundaries! Her contribution was instrumental in taking Nepal to a whopping 127 runs in just 10.4 overs!

Asha Regmi followed close behind with a 33-run contribution off 32 deliveries, making this the third unbeaten partnership of the T20 series. The Chaudhary-Regmi partnership is also a new record in international women blind cricket!

Chaudhary and Binita Pun’s exploits were also elementary in registering a 6-wicket win against the opponents. While Chaudhary claimed 3 wickets, Pun managed to run out two Pakistani players. 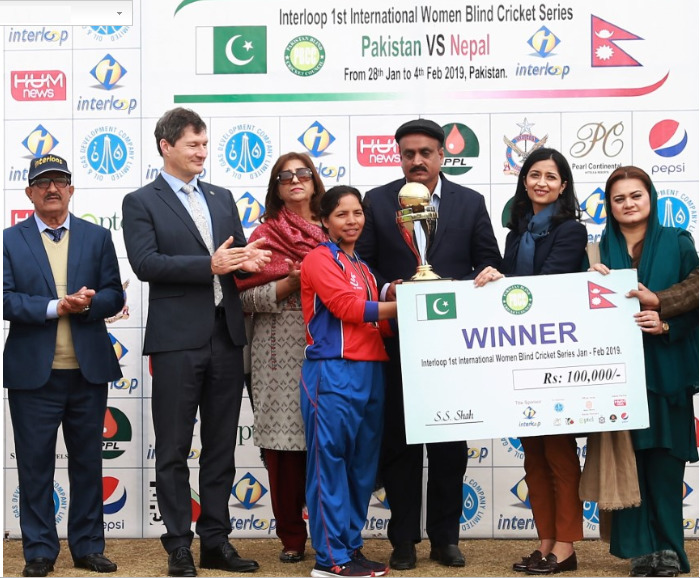 Muna Aryal, Chaudhary and Pun were announced ‘Best Players’ for B1, B2 and B3 categories, respectively.

In a match that gave Pakistan a score of 101 runs in 20 overs, Nepal managed to make up the entire target in just 8.5 overs with a loss of just 1 wicket!

Bimla Rai made a remarkable contribution of 42 runs off 15 balls while Mona was awarded ‘Valuable Player of the Match’! 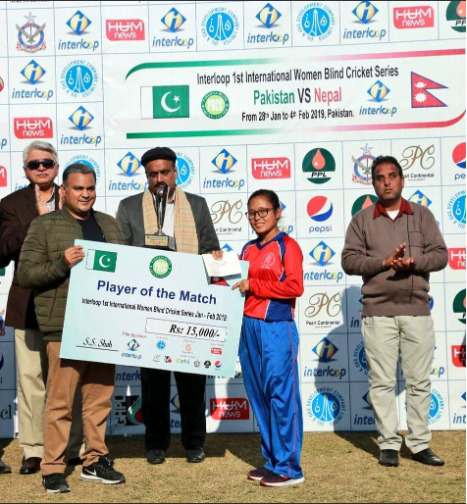 Nepal-Pakistan’s third T20I series match was played in Rawalpindi due to the washout at Faisalabad on February 01, 2019. The match was a cake-walk for Nepal who covered up Pakistan’s entire target in just 7.3 overs, without a loss of a single wicket!

Pakistan scored a total of 102 runs throughout 20 overs. Nepal’s Mankisi was declared ‘Player of the Match’, while Binita was honored with ‘Most Valuable Player’. 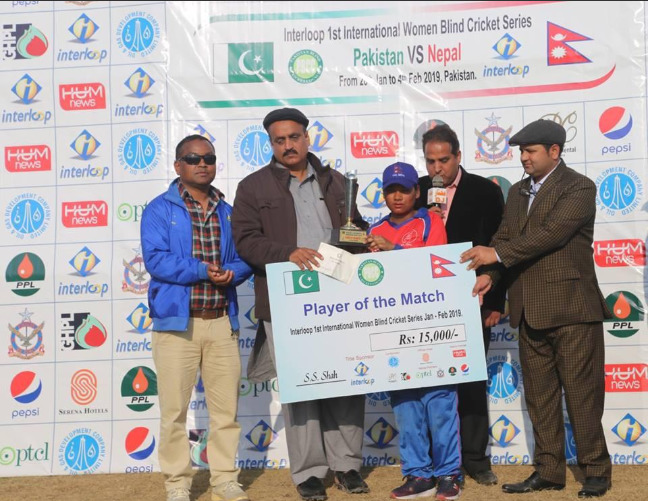 Nepal blind women’s team defeated Pakistan by 10 wickets in the first match of the bilateral series. The Nepali team chased Pakistan’s target and was able to register victory at just 5.3 overs! Over here, Ghimire was awarded ‘Player of the Match’ and was awarded a cash prize of PR 15,000.

Congratulations to Nepal Women’s team for delivering a spectacular performance at Pakistan! 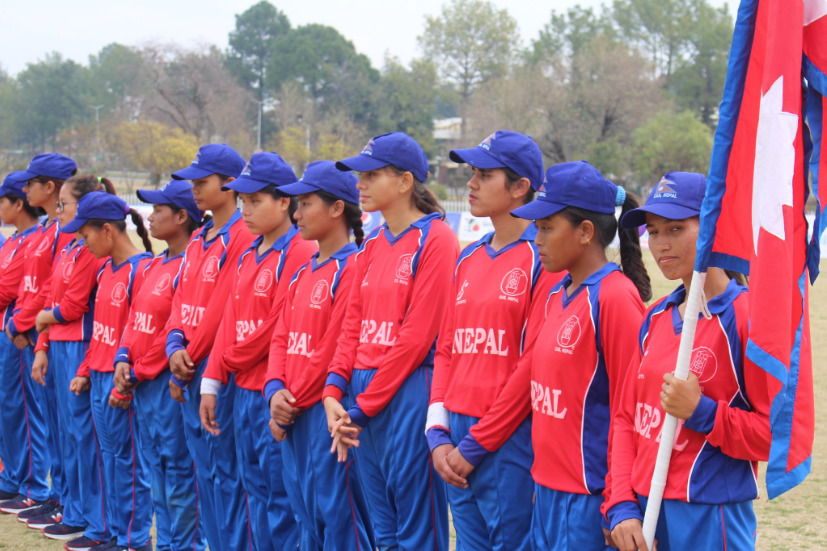