Manisha Koirala’s Healed: The Story of a Fallen Soldier yet an Unconquered Warrior

“Cancer is not a death sentence, so one should not lose hope.”- Manisha Koirala
Health
Inspirational
Nepali Mahila
Special Stories 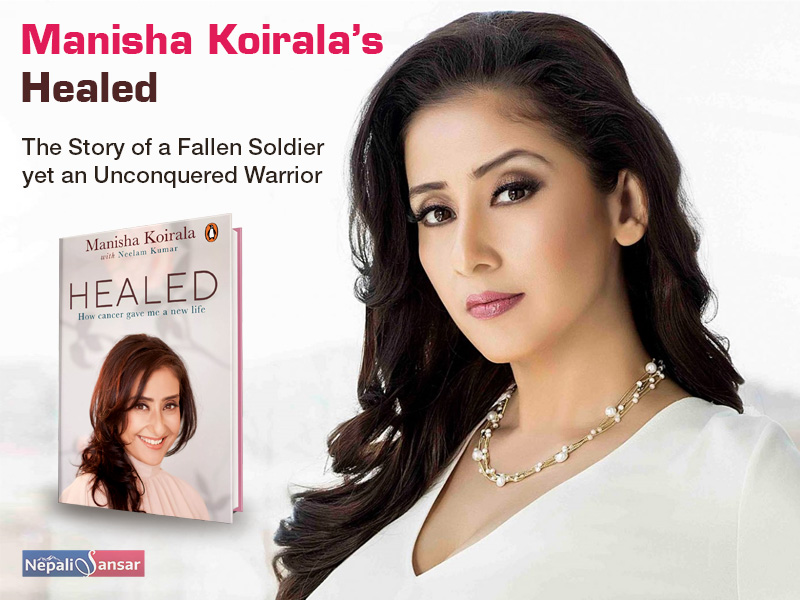 Etched in our memories forever will remain the glorious face of a Nepali teen who stole the hearts of Indian cinema’s 90s audience!

Yes, we’re talking about none other than Manisha Koirala!

The natural beauty with fierce talent made straight headway into Indian cinema, hardly touched by the fears and challenges of a newcomer in an ever-changing industry! But somewhere down more than 80 films in the industry with a hectic schedule of a dozen films a year and 18-hours a day, the heartthrob of Nepal and the rising star of India fell prey to last-stage ovarian cancer in 2012.

The deadly disease was only a deathblow after a series of unsuccessful films, romances and a failed marriage and addiction to alcoholism.

Today, when we read Koirala’s life in her book-themed ‘Healed’, we are more than compelled to take inspiration from her life.

From a very young age, Koirala was recognized as a headstrong girl with a passion for details and a love for nature. She was raised with her grandma Sushila Ama’s loving care. 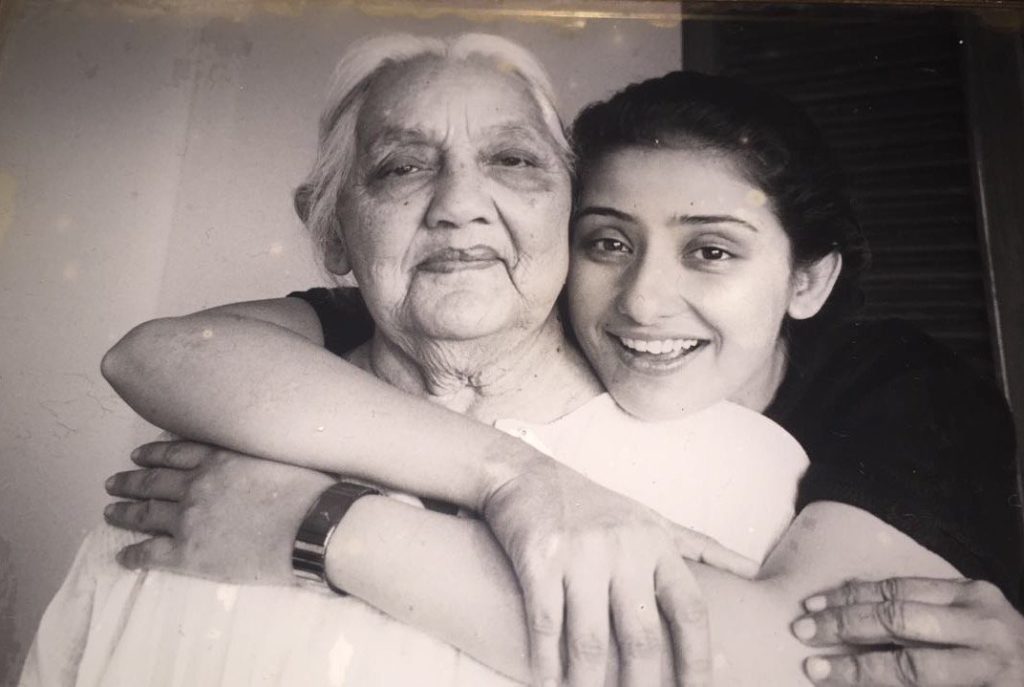 Manisha Koirala was molded by the Koirala household’s egalitarian approach to life.

Reaching out to those in need was planted from a very small age into her tender mind. The quality stayed with her and continued to be utilized to lend a helping hand to those in need including cancer patients and women’s health and wellbeing as a goodwill ambassador for UN Population Fund.

And now she uses Healed to employ her life’s lessons and experiences to benefit the public at large.

“Now that I am healed, I wish to help others,” said Koirala ahead of the Nepal Literature Festival on December 22, 2018 where her parents unveiled her book.

The Nepali lass was among the very few who have won their battle against last-stage ovarian cancer. Her triumph is reflected in her six-year cancer-free life which includes a relaxed and prayerful regimen of meditation, pranayama, yoga, a vegetarian diet and of course a renewed life of mindfulness.

She also returned to her second home Bollywood after a long five-year break! We will never forget how she gracefully depicted the erstwhile actress Nargis Dutt in the movie Sanju.

Now, she is focused on fewer yet meaningful films.

Manisha says she is lucky to have the unconditional support of family, friends and the resources & connections that helped her win cancer.

Talking about Cancer and Nepal’s experience in dealing with it, Koirala says that she wants the government to work more on its prevention by regularly checking toxic contamination of air, water & food, promote healthier lifestyles and provide world class cost-effective treatment for cancer patients.

And the rest she leaves to individuals with the message “Cancer is not a death sentence, so one should not lose hope.” 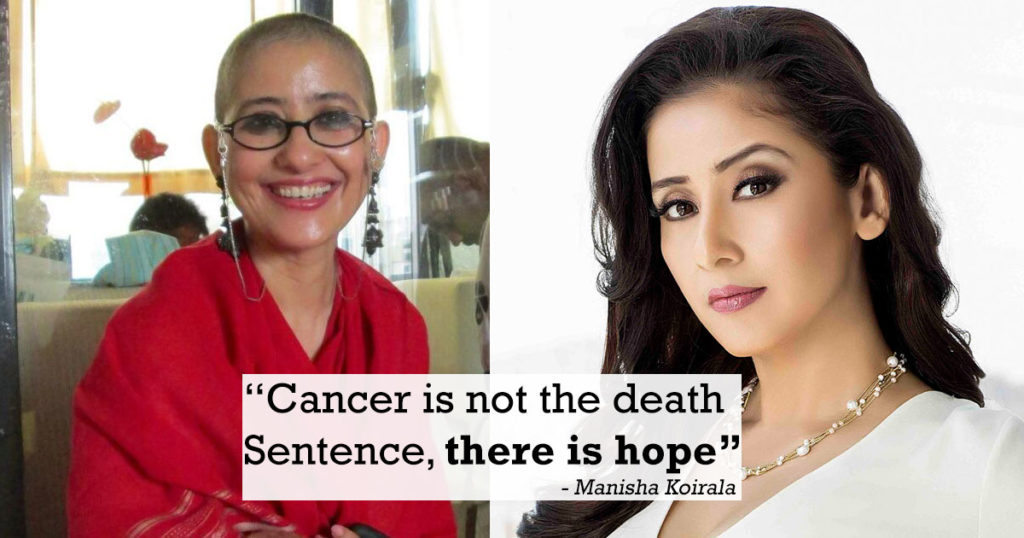 From the Pages of “Healed”

Healed is a co-contribution of also Neelam Kumar (another person who won his battle against cancer) who, in a detailed manner, depicts Manisha’s roller-coaster struggle against the illness.

As the reader unfolds each page, he/she will travel with the legendary actress on the highs and lows of her emotions as she comes to know about her diagnosis in Kathmandu, the confirmation in Mumbai and the final verdict and tumultuous treatment in New York, followed by a slow and uphill recovery from cancer!

Manisha’s journey also reveals her encounters with fear, panic, pain and her visits between hope and hopelessness.

Healed gives readers an insight into Koirala’s journey of self-discovery, where she truthfully and minutely analyses her own life, decisions, toxic relationships, and mistakes.

It runs through the fine details of events and people that shaped her and helped overcome the grave illness.

The engaging narrative takes us through the memory lane of an ordinary human being turned actress, trapped in a glamorous personality.

Nothing is hidden, it’s all out there even the most painful experiences— her post-surgery abdomen, the moment she spends letting out agonizing cries in the shower and the experience of the first chemo session that felt like wild wolves with their sharp fangs tearing at each vein in her body.

Amid an honest narrative, stands pictures of the actress during her cancer phase – her post-chemo self, sans hair, eyebrows or eyelashes. 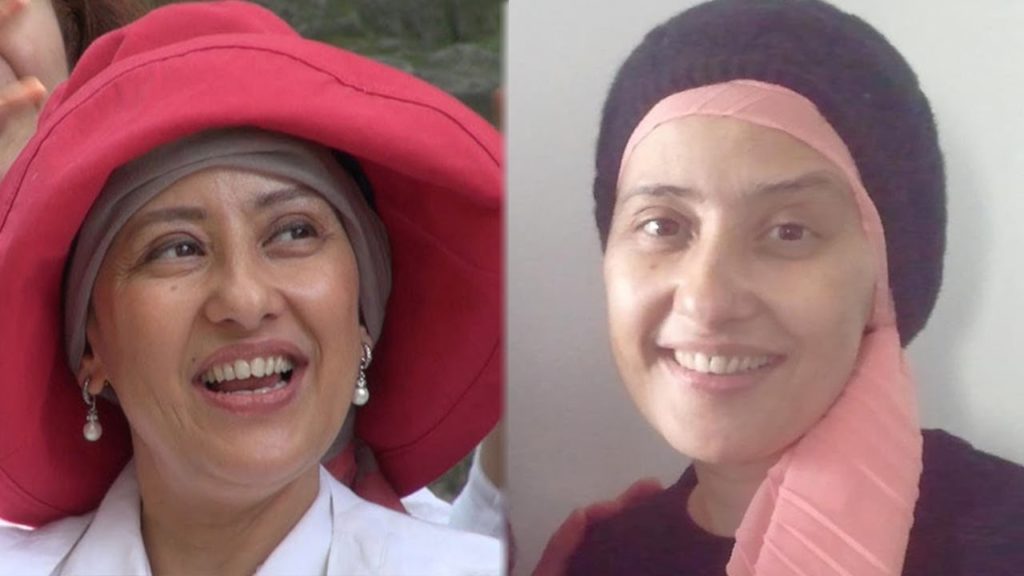 The progressive story doesn’t forget to connect the present with the past. Every experience is a reflection from the past and is a detailed composition of sights, sounds and smells in Manisha’s world.

A world painted with the sea, sunlight, birds, flowers, forests, mountains and the scent of sacred incense.

Readers will be surprised to find mentions of even what Manisha’s doctors wear when she visited them at Kathmandu, Mumbai or New York.

Life is a basket of all those little experiences we weave into one main story! Well, Healed will make readers want to keep on turning pages to live Manisha’s little experiences whether it is the magic mala, the Maori healers, the Cherokee parable, a trapped butterfly or references to words of wisdom and spiritualism, the mantras and even quantum physics that helped her in the path to recovery.

We as readers learn about and watch Manisha transform from a ‘weak tree’ to a ‘deep-rooted banyan’ in her book based off self-discovery.

The book not only provides a glimpse into Manisha’s life but offers readers abundant trips and tricks that she shares about self-healing including visualizations, affirmations and talking to the body or the auto-suggestion of repeating I’m cured, I’m strong, I’m healthy, I’m fine.

At the end of it all, Manisha admits that cancer came into her life as a ‘gift’ that left behind many valuable lessons, similar to a flooded river that leaves behind large deposits of silt. And she’s more than happy to share these lessons with her readers, especially female readers.

Manisha reflects on her life choices & habits and tells her readers to pay attention to their inner compass, embrace life and live in the moment just as she does!

So what are you waiting for? Aren’t you intrigued to know more in detail about all these events? We all have a Manisha in us, tender, naïve, flawed, tired, tried yet undefeated by life!

We all have the spark that keeps us going strong and undeterred even in some of the difficult moments of life. This is very much reflected in our very own sister, friend, and daughter Manisha Koirala!