According to the official report, 45,052 youth applied for letters of authorization letters for working in foreign lands in the very first year of data collection
Immigration
News 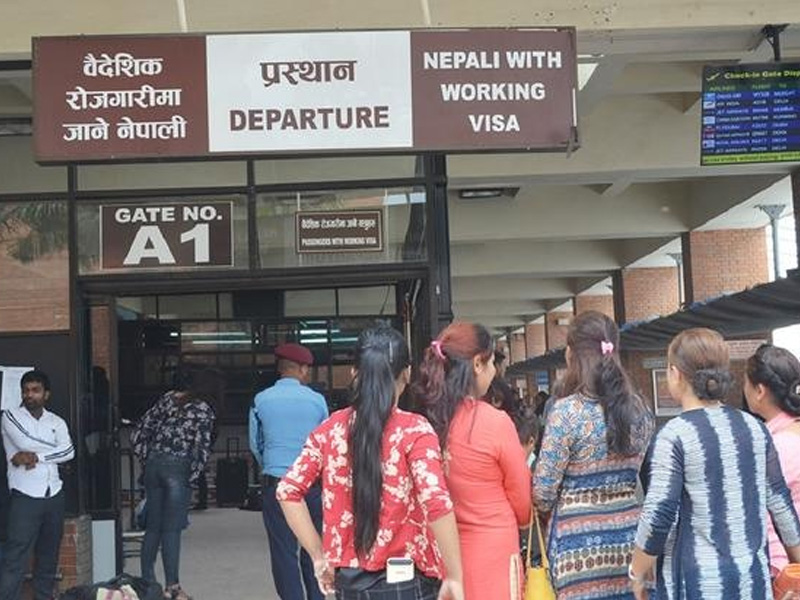 The current number is a 300 percent increase observed over the last 26 years. The government has been issuing letters of authorization to facilitate migration to aspiring migrants under the Foreign Employment Act 1985.

Although the act came into being in 1985, the formal data collection of migrant workers by the Labor and Transport Ministry began only in 1993.

According to the official report, 45,052 youth applied for letters of authorization letters for working in foreign lands in the very first year of data collection. The decade-long insurgency had forced many talented Nepali youths to leave their nation and look for job opportunities abroad.

However, the peace process helped the government in safeguarding the interest of the migrants. Those who are returning home in Nepal opt to stay back, thanks to the government’s incentives and financial support, in case they want to start their own business.

The ‘Prime Minister Employment Scheme’ is working towards this end by imparting skills and providing financial support to encourage entrepreneurs and limit the flow of workers to other foreign countries.

In this way, Nepali youth will not be exploited by hard Middle-East and East Asian countries’ employers.

The Department of Foreign Employment has displayed a positive trend of Nepalis going abroad since 2006-07. This year, the number of migrants has increased to more than 100,000 Nepalis.

The trend has further received a boost in 2015 when the government announced the free visa with ticket, resulting in more than 2 million new applicants.

However, the number of deaths and injuries of migrant workers is worth noting. Both men and women report abuse, both physical and psychological. As a safety measure, the government banned Nepali women from working as domestic help in foreign countries in 2016 due to reports of violence on them.

Despite this, they still continue to secretly travel to foreign countries using illegal means.

Let’s see how the Prime Minister Employment Scheme and other related programs will improve the present employment situation in the country.