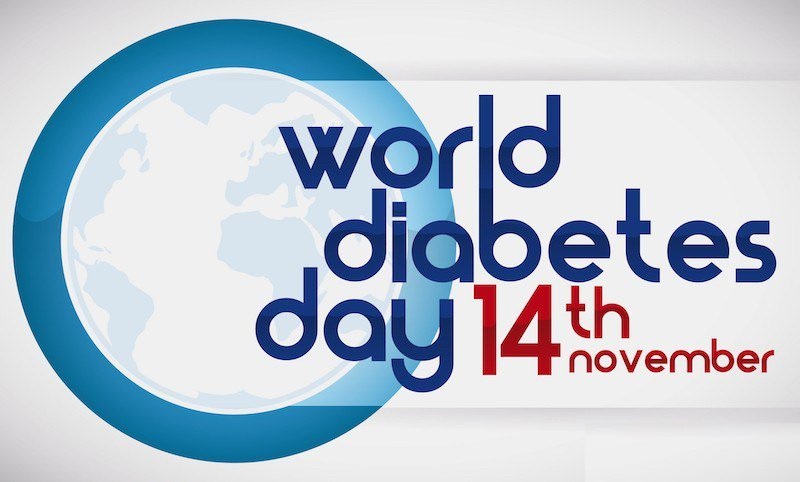 With an aim to fight the diabetes menace, the International Diabetes Federation (IDF) has set a two-year timeframe for the #WDD2018 in line with its strategic planning and developmental activities.

Over the two-year period, IDF plans to

Marking the day, IDF made some key revelations in line with the WDD 2018 theme saying, ‘Diabetes Concerns Every Family’.

“It is therefore important that ongoing diabetes self-management education and support be accessible to all people with diabetes and their families to reduce the emotional impact of the disease that can result in a negative quality of life,” says IDF.

In another release, the World Health Organization also said that families happen to be the first line of defense in the battle to fight and deal with diabetes.

According to WHO, an estimated 91 million population in the WHO Southeast Asia region have diabetes and around 49 million are still unaware of their condition.

In this regard, Dr. Poonam Khetrapal Singh, WHO Regional Director for South-East Asia, recommends all health authorities in the region to ensure that all families have access to educational awareness about diabetes. 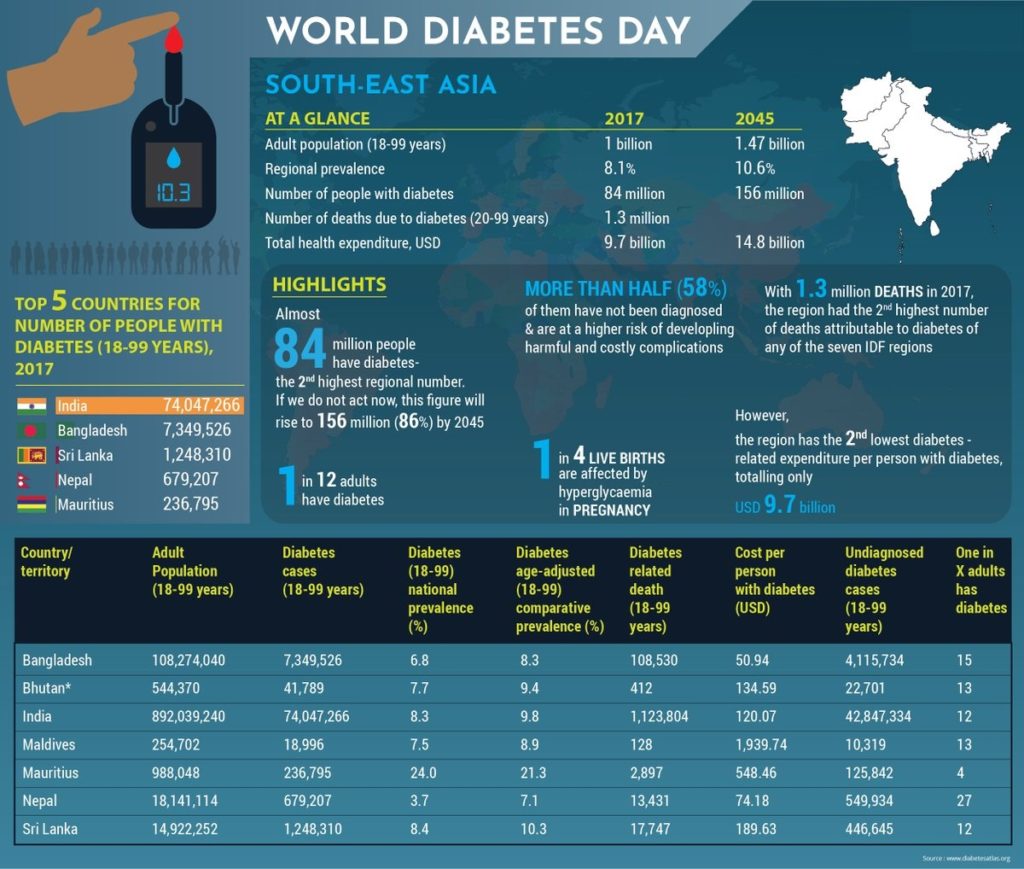 Joining the world nations, Nepal also marked the World Diabetes Day 2018-19 under the theme ‘Diabetes: Concern of Every Family’ with various diabetes awareness-raising programs planned across the nation.

The country’s Tilganga Institute of Ophthalmology (TIO) announced a week-long awareness program on diabetic retinopathy and its effects.

“Due to lack of awareness, most of the patients visit the hospital when the disease is at its advanced stage which leads to blindness,” says Sunita KC, Press Coordinator of TIO.

While 415 million of the world population is suffering from diabetes, Nepal has 4 percent of its populace diagnosed with diabetes majorly due to rapid urbanization, high junk food consumption, and sedentary lifestyles.

Coming to ill-effects, studies show that diabetic are 2-4 times at a higher risk of heart attack compared to non-diabetic. Diabetes is also the major cause of non-traumatic lower limb amputation and chronic complication of eyes and kidneys. 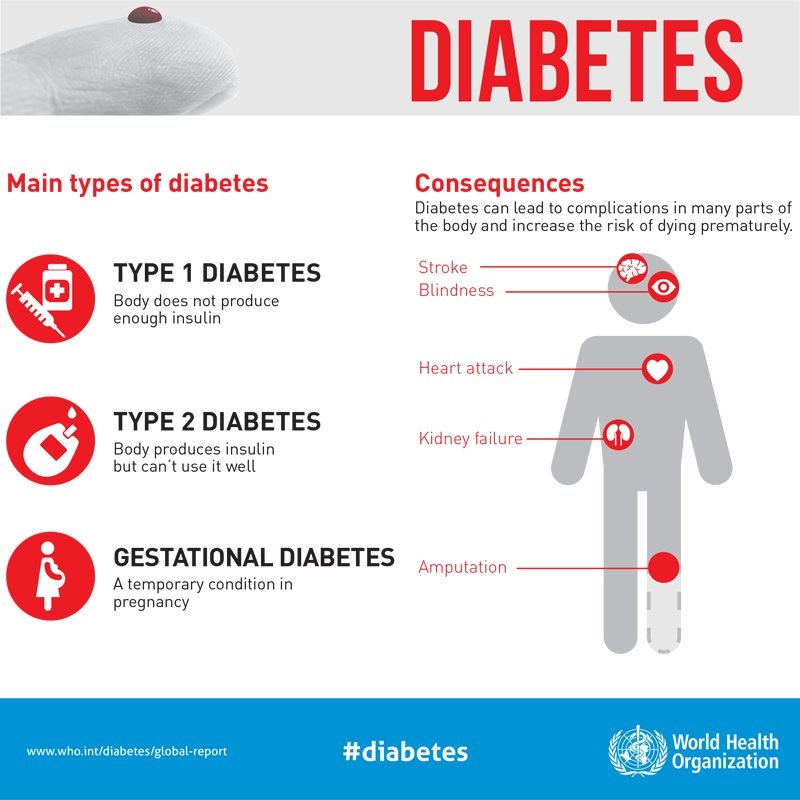 Nepal has already bagged a record of fighting out the diabetic retinopathy and is in the process of addressing various other diseases such as Thalassemia, Rubella, Trachoma, Hepatitis, Autism, Breast Cancer, Polio, Rheumatic Arthritis,  Micronutrients Deficiency, etc.

Hope the country will put its best in dealing with other forms of diabetes too.