According to the sources at the Tribhuvan University Teaching Hospital, Prime Minister Oli has been recovering faster after his appendicitis surgery.

He underwent successful surgery to remove appendicitis on November 26, 2019 at the Manmohan Cardiothoracic Vascular and Transplant Center in Maharajgunj.

Even though Oli’s health condition has seen notable progress, he has to undergo regular dialysis at least twice a week, said sources at the hospital. 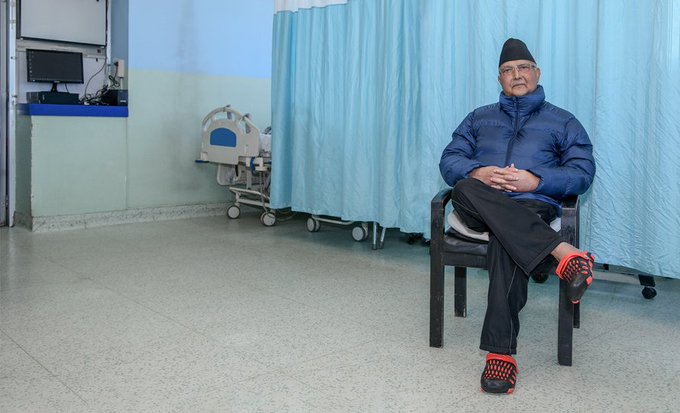 As of now, the head of the government is under regular medical scrutiny.

Moreover, PM Oli on Monday has released a video through twitter, appraising the people about his present health condition.

He said that the treatment went well, and he is doing fine at the moment. And, he informed that has been able to talk and watch news.

Earlier, in the morning hours of 26th November, he was admitted in the hospital after he complained of pain in the abdomen. He was diagnosed with appendicitis and peritonitis.