Each of the programs will be awarded CHF 9.4 million and CHF 10 million, respectively
Government
News
World 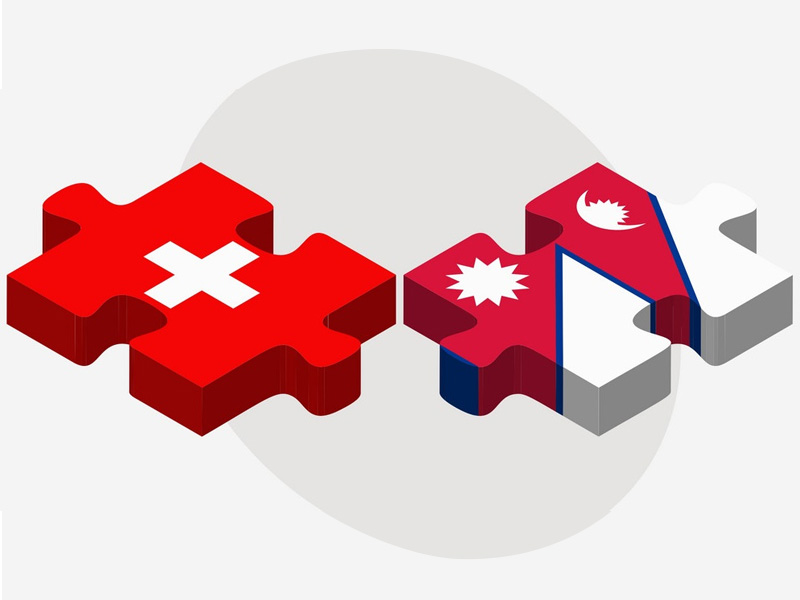 The Switzerland Government has decided to provide Nepal with technical grant assistance worth CHF (Swiss Francs) 19.4 million to the Nepal Government.

According to the Switzerland Embassy in Kathmandu’s press statement, the grant will be used to fund the implementation of two important programs in Nepal – The Trail Bridge Program – Sector Wide Approach Framework III and the Provincial and Local Governance Support Program.

Each of the programs will be awarded CHF 9.4 million and CHF 10 million, respectively.

The second program will seek to ensure on priority the implementation of the Federal Constitution of Nepal, most part of which will be done by local levels.

Nepal has constructed more than 8,000 trail bridges with Swiss technical and financial support.

Over 18 million people have benefited from such development and on an average more than 1.4 million Nepalis use these bridges on a daily basis. This has also helped students, whose attendance has increased by 16 percent in schools. Likewise, access to health care has also improved, registering a 26 percent increase (on an average) in people visiting health centers.

On an estimate, Nepal still needs another 2,400 bridges to put rural people in touch with services and avoid a detour of over an hour.

Recently, Nepal marked the completion of its second longest bridge between Sisahaniya and Mahadeva. The bridge has made it easy for people to access areas on the other side of the Rapti river, for which they have to travel via Kalakate-Bhalubang for one and a half hours.