Navigation
Navigation
Home > Government > Remove Me If You Can: PM Oli Challenges Prachanda!

Remove Me If You Can: PM Oli Challenges Prachanda!

If I am ousted, I’ll emerge victorious with a two-thirds majority in the next election,” said PM Oli.
Government
News

Nepal’s embattled Prime Minister K P Sharma has reiterated his firm stance of not resigning from the PM post at any cost.

Speaking at an inauguration ceremony of an industrial estate in his home district, Jhapa, on Sunday, PM Oli challenged the Dahal-Nepal faction of the ruling Nepal Communist Party (NCP) to ousts him from his post if they can.

“Remove me if you can. If I am ousted, I’ll emerge victorious with a two-thirds majority in the next election,” he challenged the rival faction.

He also challenged the Nepal-Dahal faction to table a vote of a no-confidence motion against him and approve it.

“My resignation is not the way out. This will lead to political instability and chaos and will recur the tendency of horse-trading lawmakers,” added PM Oli.

“I have become the prime minister through democratic means,” said PM Oli stating that it was not Prachanda who made him the Prime Minister.

He also criticized Prachanda saying, “In fact, he precisely said that he would form a coalition government that is comfortable for others because he has never, in the history, been comfortable for the Nepali people and the country.” 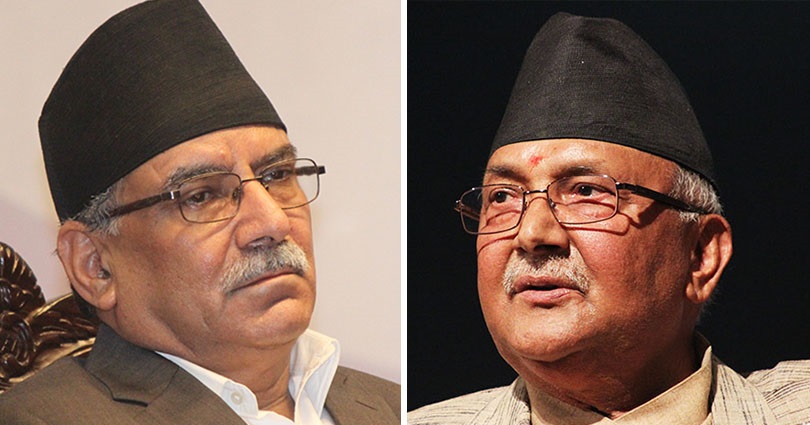 PM Oli further condemned the rival faction for obstructing the government’s works saying, “The government was consistently under pressure from them. They interfered in every sector and every step. Instead of cooperating with the government, they were hell-bent on defaming it.”

Meanwhile, the Nepal-Dahal faction has been working rigorously to garner support from Nepali Congress (NC) and Janata Samajbadi parties in an apparent bid to remove Oli from power.