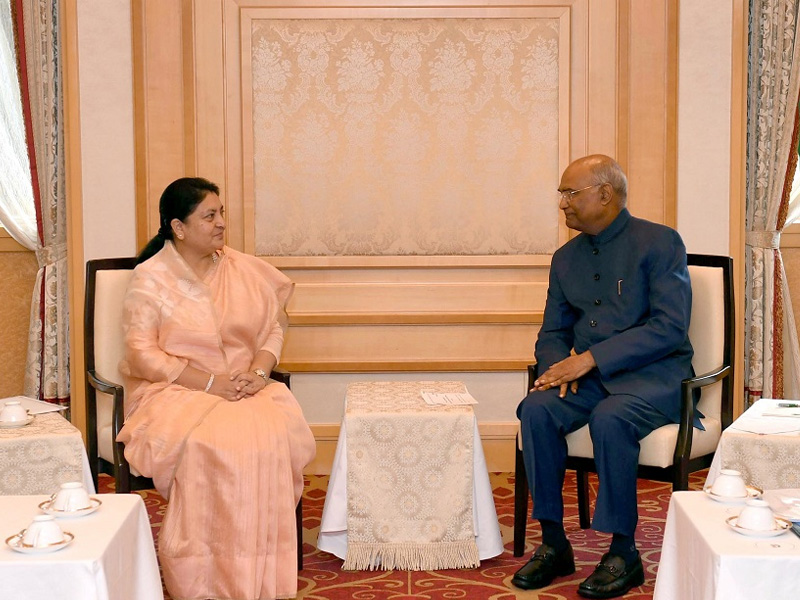 On the sidelines of Japanese Emperor Naruhito’s enthronement ceremony, Bhandari met with her Indian counterpart Ramnath Kovind on October 22, 2019.

According to officials, President Bhandari extended an invitation to Kovind for a Nepal visit. The latter accepted the invitation and both leaders decided to finalize dates for the same.

Speaking further, Bhandari and Kovind expressed their satisfaction on Nepal-India bilateral relations and agreed to deepen the multifaceted ties. 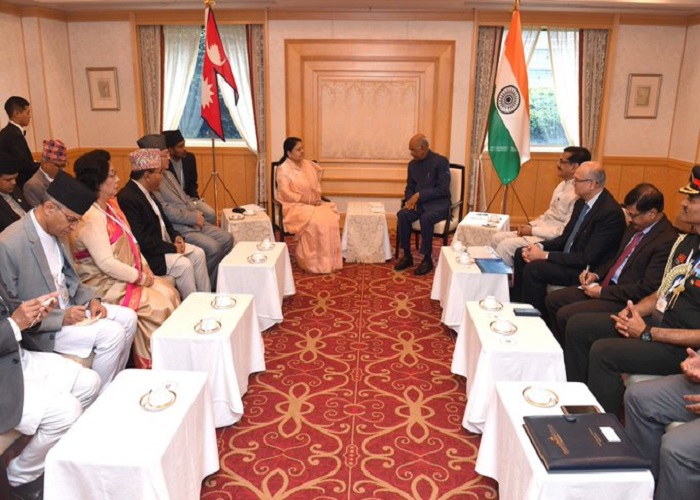 The two Presidents also expressed their happiness on the progress of India-funded projects in Nepal. “They also noted the early completion of the cross-border petroleum pipeline saying that it was an exemplary project,” said Shankar Das Bairagi, Foreign Affairs Secretary.

Kovind was also grateful to Nepal for issuing three commemorative coins on Guru Nanak’s birth anniversary and Nepal KP Sharma Oli’s contributory article to a book on the occasion of Gandhi Jayanti.