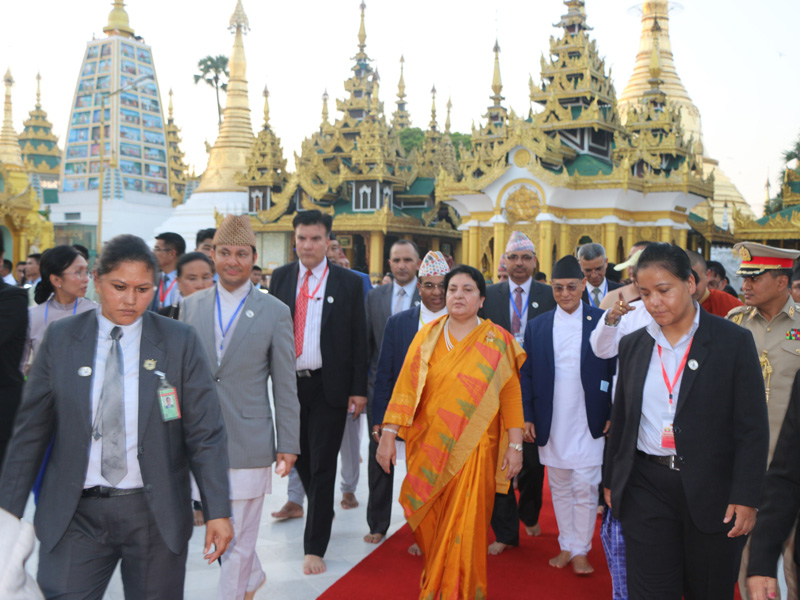 Nepal President Bidya Devi Bhandari addressed the reception organized in her honor at the Nepali Embassy in Japan on October 21, 2019.

Speaking to the dignitaries at the event, President Bhandari said that Japan has always been Nepal’s good and reliable friend, which has been available for the latter in times of need.

She thanked Japan for its support in terms of rescue, relief and rehabilitation after the 2015 Gorkha earthquake disabled Nepal. 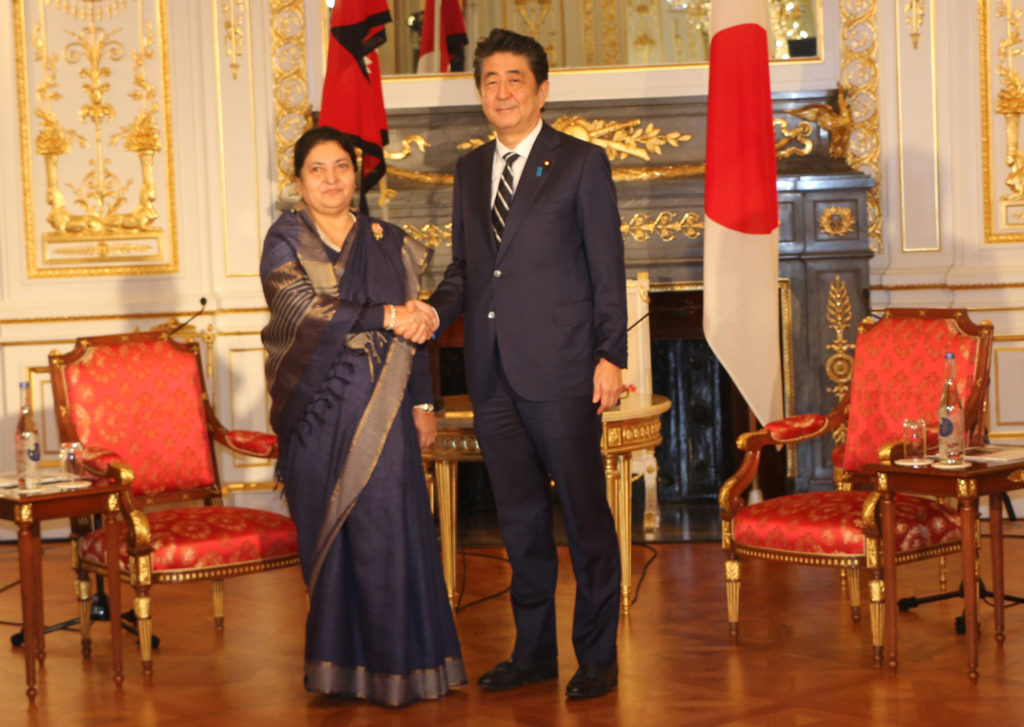 “Nepal and Japan have been enjoying close relations since the establishment of diplomatic relations in 1956, and exchange of mutual visits have further strengthened the relations,” Bhandari said.

She expressed her deepest condolences to Japan for the loss of lives and property experienced during the recent typhoon Hagibis.

She identified the Banepa-Bardibas Highway as an inspiring model of corporation between Nepal and Japan. President Bhandari added that the Nagdhunga-Sisnekhola tunnel way (whose foundation is being laid in Kathmandu today) would transform the tunnel way sector in Nepal.

President Bhandari was confident that soon direct flights will be operating between Narita and Kathmandu, bringing in more Japanese tourists to Nepal in the Visit Nepal Year (VNY) 2020.

Ruling Liberal Democratic Party General Secretary and Nepal-Japan Parliamentary Guild Chair Toshihiro Nikai said that the Japanese Government has come up with a target to send 60,000 Japanese citizens to Nepal during the VNY 2020. 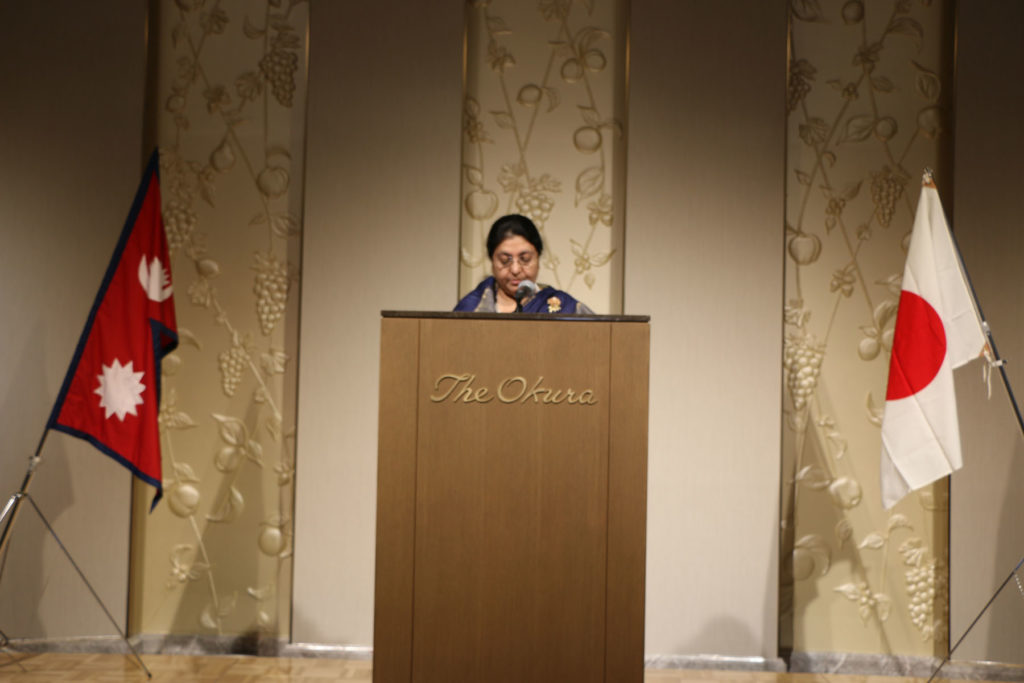 Nepali Ambassador to Japan Pratibha Rana shared that the groundwork for both countries Prime Ministerial visits to Nepal and Japan in 2020 has started.