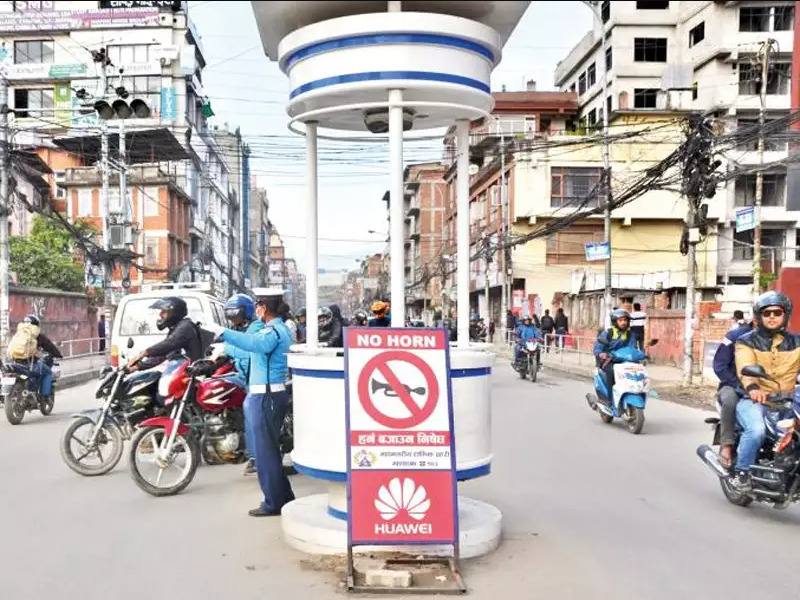 Kathmandu Valley has witnessed a significant reduction in sound pollution after the introduction of the ‘no-horn’ policy in April 2017.

The Metropolitan Traffic Police Division (MTPD) fined 2,330 offenders under the policy until mid-June this fiscal year.

The Kathmandu traffic police had introduced the no-horn policy to stop most drivers from unnecessarily honking in public places. 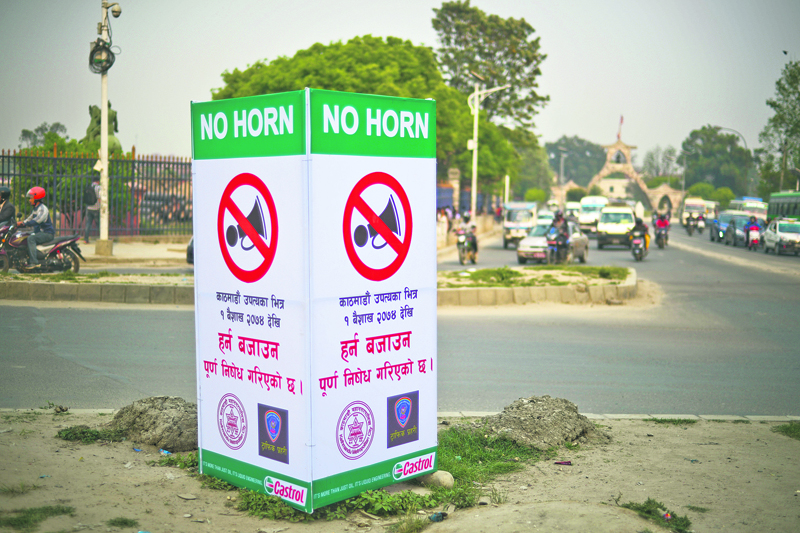 Honking had become more of a culture than just a habit among citizens.

Deputy Superintendent of Police Padam Bahadur Bista said that police has strengthened action against those who are not complying with the policy.

Officials said that the government has collected NPR 20.75 million in fines (from those who blow vehicle horns unnecessarily) since the ‘no horn’ policy’s implementation two years ago. 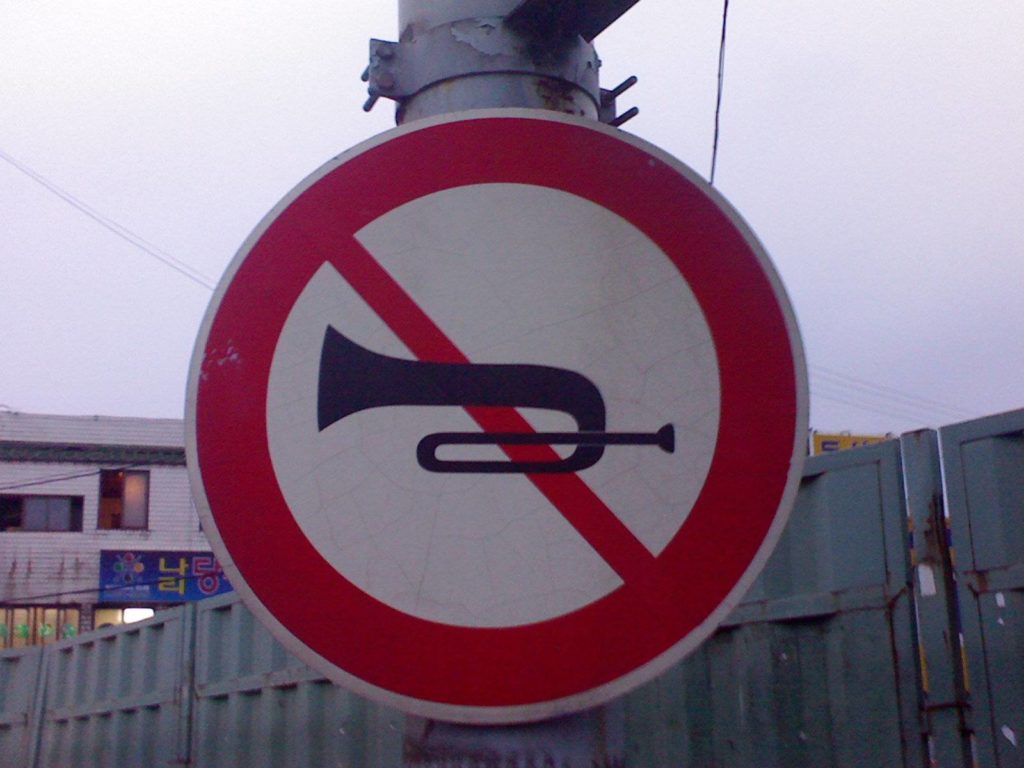 Each offender has to pay a fine of NPR 500 at the Global IME Bank, which is saved in the government’s account.

“A comparison between the present data and the previous ones shows that the number of people fined for violating this rule has gone down. This could be a result of the increasing awareness on the no-horn policy among the drivers,” said DSP Bista, who is also the spokesperson for the MTPD.

“Most drivers followed this rule strictly in the initial days. However, as the implementation of this rule slackened, we are again taking action against those honking. Most drivers seem aware about this rule now,” he said.

Both drivers and residents in Kathmandu Valley have begun to note the change over the last two years.

“I fully support the no-horn policy and abide by all the rules,” said Shyam Prasad, a bus driver who was able to see a drastic change in commuter’s driving practices.