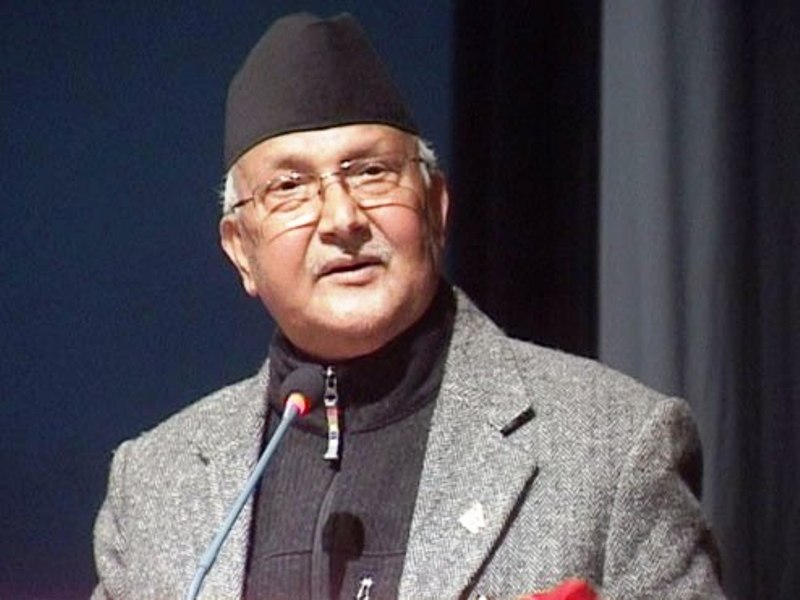 Seems like the Oli Government has failed to keep many of its promises resulting in Nepal’s failure to secure growth in areas of economic and financial development.

This was the first time Oli addressed a parliamentary session ever since the winter session began on December 26, 2018.

PM Oli’s speech focusing on his government’s efforts for Nepal’s progress throughout the first year of his regime spanned higher growth, curbed-corruption, and improved law and order situation. 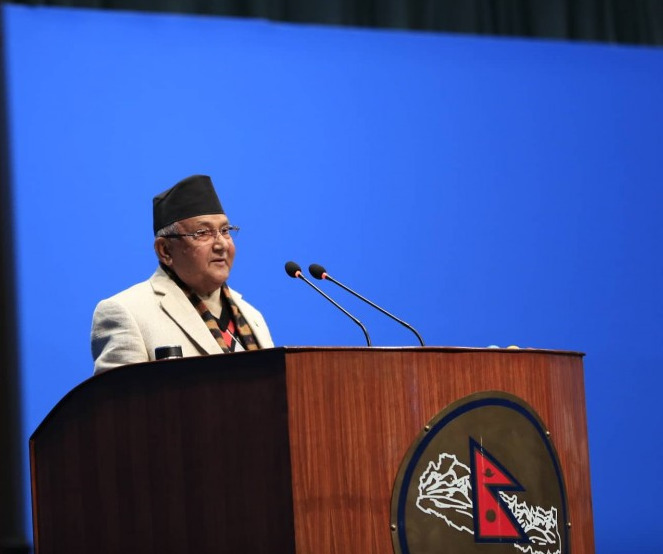 NC lawmakers Dilendra Prasad Badu and Minendra Rijal were first to seek permission from Speaker Krishna Bahadur Mahara to speak to Oli. But the Speaker refused their request after Oli clearly stated that he did not want to take any questions from the opposition. 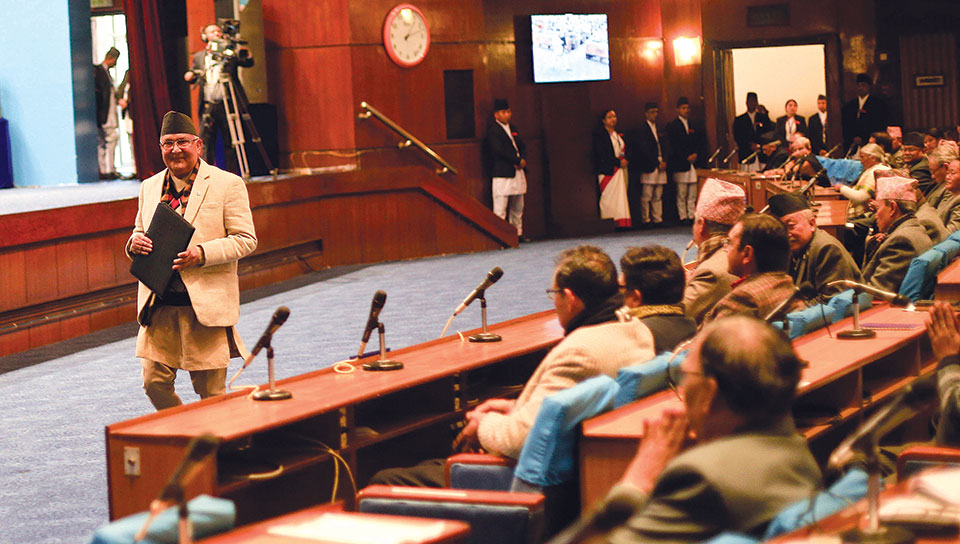 A number of lawmakers from Oli’s own NCP opined that his parliamentary address was ill-timed and could have waited until his party completed its first term in office.

PM Oli emphasized seven indicators of the budget implementation and their status during the parliament including the balance of payment, capital expenditure, economic growth, employment revenue collection & financial situation, implementation of flagship program and progress made in the implementation of national pride projects.

Following are the major points presented by Oli at the Parliament:

Providing the status on railway achievements he said:

The Prime Minister also added that a Public Transportation Authority will be formed to manage post-syndicate turmoil in the transportation system. He hailed his administration’s efforts to control crime stating that the Police Administration achieved 96 percent success in curbing crimes.

However, Oli’s report failed to discuss some of Nepal’s major concerns, for which, he received severe criticism from opposition parties and raised questions on his role. 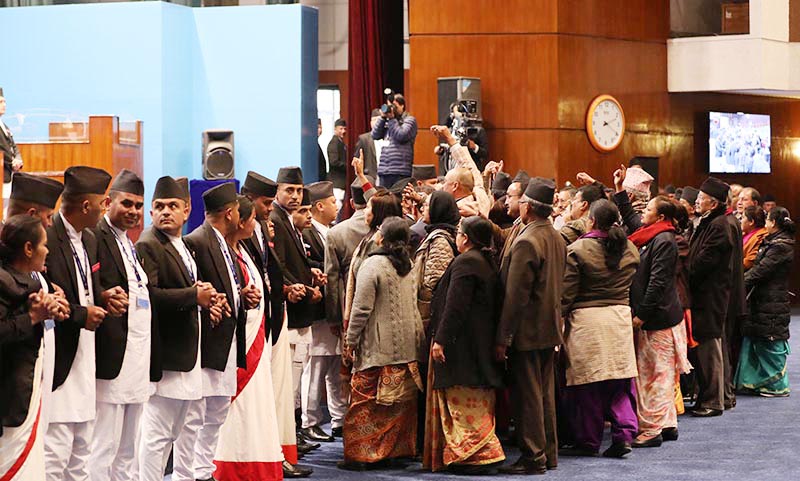 Following are the discrepancies observed in Oli’s presentation:

“Import of industrial goods and construction material has increased by 40.6 percent and this has hit the balance of payment. But this is a positive indicator for the country’s production and development,” reads an excerpt from Oli’s speech.

“The White Paper had tweaked economic information to fit Khatiwada’s approach to show the economy in a bad shape, and Oli has now done the same. Oli has manipulated information in his speech. He has also tried to threaten his critics about the procurement of project war room in his office,” said Thapa.

“Oli remains silent why the outflow of migrant workers to Malaysia has not yet started but claims that the remittance collection has grown due to administrative reforms,” adds Thapa.

PM Oli states that the number of migrant workers declined by 41 percent but the remittance inflow increased by 36 percent. 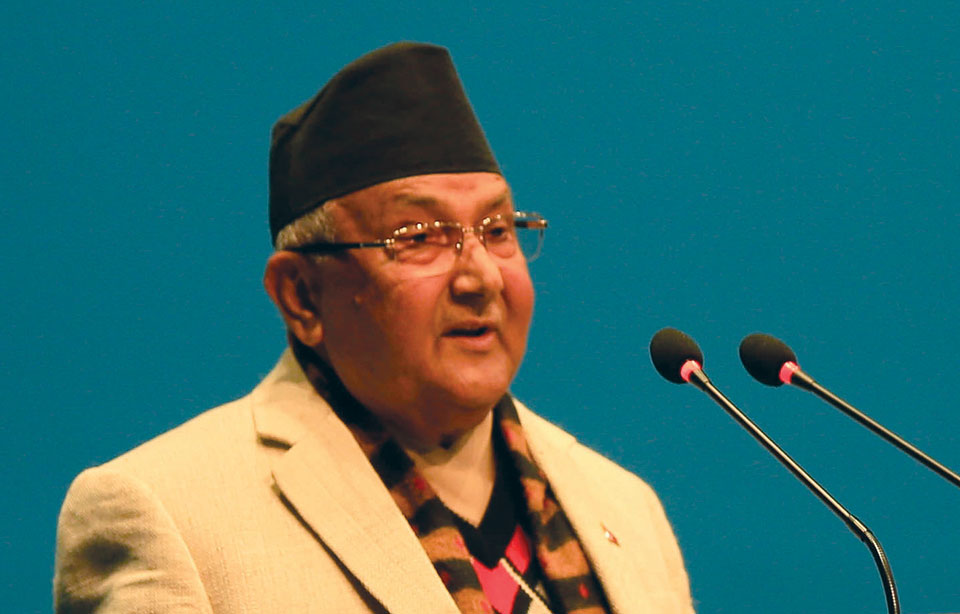 Besides, while Oli presented a good picture of Nepal’s economy at the beginning of his speech, it’s a well-known fact that just nine months before this statement, Finance Minister Yubaraj Khatiwada introduced a white paper which depicted a shoddy state of the country’s economy.

Other untouched/less discussed issues include 13-year old Nirmala Pant’s case and President Buda Devi’s purchase of expensive means of transport including a helicopter.

The meeting portrayed Oli’s contributions to Nepal’s progress in very poor light. Many have begun to raise questions on his ability as Nepal’s Prime Minister.

“The thumping of desks by NCP lawmakers was muted today, which indicated Oli’s performance had deteriorated,” remarked Thapa.