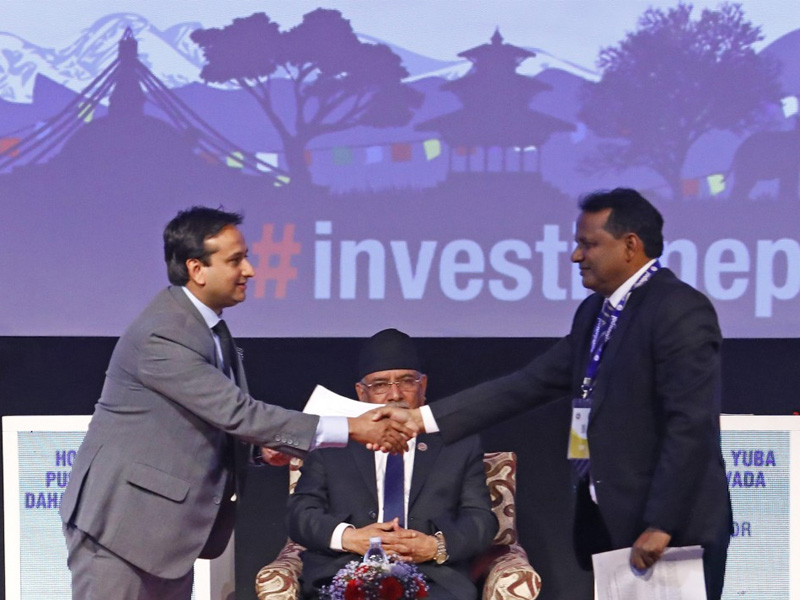 Nearly a month after the Nepal Investment Summit 2019, the Investment Board Nepal (IBN) held a press conference on April 21, 2019 to announce the developments from the summit.

IBN informed that it received as many as 48 applications for 31 out of 50 projects showcased at the summit. The cost of the 31 projects are over NPR 2,500 billion.

Nepal’s upcoming pride project Nijgadh Airport received the highest number of prospective investor applications. The USD 3.45 billion mega project in one of the most costly projects that the government has been trying to draw investment for.

“As many as six investors, the largest number for a single project, have applied to build Nijgadh International Airport,” read the IBN press statement.

However, IBN has not revealed the identity of the prospective investors as officials say that the deadline for investors applications is extended by one month to May 20, 2019.

“We are giving additional time to prospective investors to submit detailed proposal since these projects are complex and we received requests from interested parties to allow them more time to work on their applications, like in Nijgadh’s case,” said Adhikari.

However, industry experts opine that extension of application deadlines will make a difference, if the government doesn’t implement the FDI act, which was passed just before the summit.

Factors such as approval procedures from the government, time taken to initiate processes and the high cost of doing business can hamper the growth of investments in Nepal.

In the meanwhile, IBN revealed that it is planning to start the application review process shortly.

“The IBN has divided the projects into three categories. We will review the applications accordingly,” said Maha Prasad Adhikari, IBN CEO.

Adhikari added that 27 projects have been kept in the first category. It plans to shortlist eligible developers for the projects within three months or by August 20, 2019.

The next category of project developers will be selected in nine months from now or by February 20, 2020. While the third category has big and complex projects, for which IBN will select prospective developers over a period of 14 months or by August 20, 2020.

The IBN board of directors that met in a meeting last week have decided to form a six-member panel, under the Secretary of the Prime Minister’s Office (PMO) and the council of ministers, to shortlist applications and implementation of 15 MoUs signed during the summit.

The panel includes Joint Secretaries of Ministry of Culture, Tourism and Civil Aviation, Ministry of Energy and Water Resources, Ministry of Industry, Commerce and Supplies and Ministry of Physical Infrastructure.