: The Foreign Minister stated that regional cooperation is crucial to step up global efforts for peace, security and economic development
Government
News 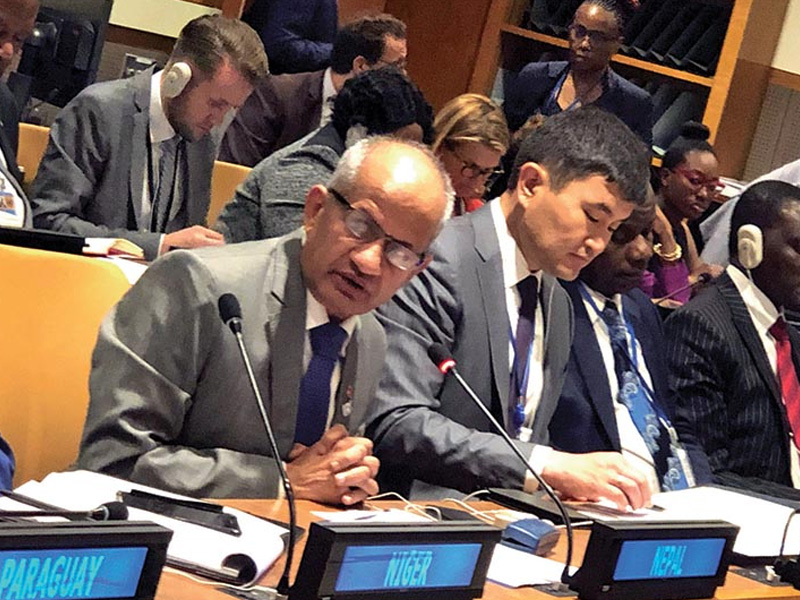 Climate Change and the Sagarmatha Sambad

Speaking about one of Nepal’s biggest challenges – Climate Change, he said that the most vulnerable countries are being hit hardest by the impacts of climate change and even though they are not fully contributing the crisis, they face consequences.

Directing the UNGA’s attention to Nepal, which is a victim of climate change, Minister Gyawali said that the Himalayas will lose one-third of its glaciers and will witness drying up of fresh water on a faster scale.

He also informed the General Assembly about the Nepal Government’s decision of organizing the Sagarmatha Sambad next year in April 2020. 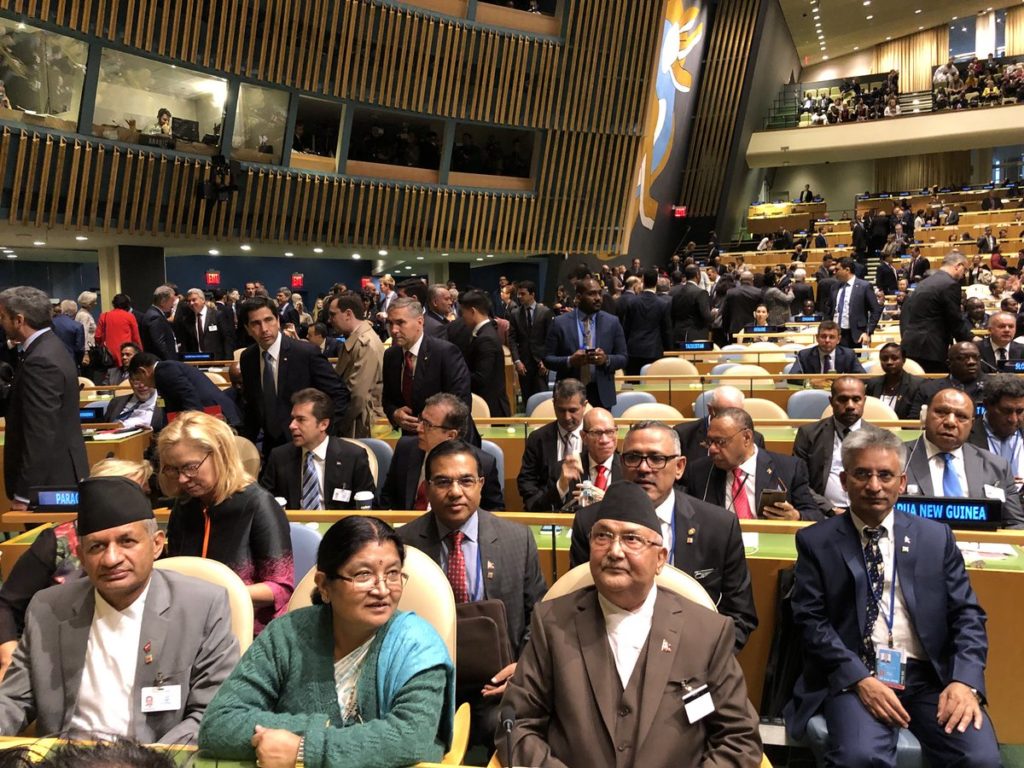 Minister Gyawali stressed on the need for regional economic cooperation with forums such as Asia Cooperation Dialogue (ACD), BIMSTEC and SAARC.

The Foreign Minister stated that regional cooperation is crucial to step up global efforts for peace, security and economic development.

“Nepal believes that regional processes complement global efforts for peace, security and economic development. We strive to enhance regional economic cooperation under SAARC, BIMSTEC and ACD. As the current chair, we are effortful to revitalize the stalled SAARC process,” said Gyawali at the UNGA. 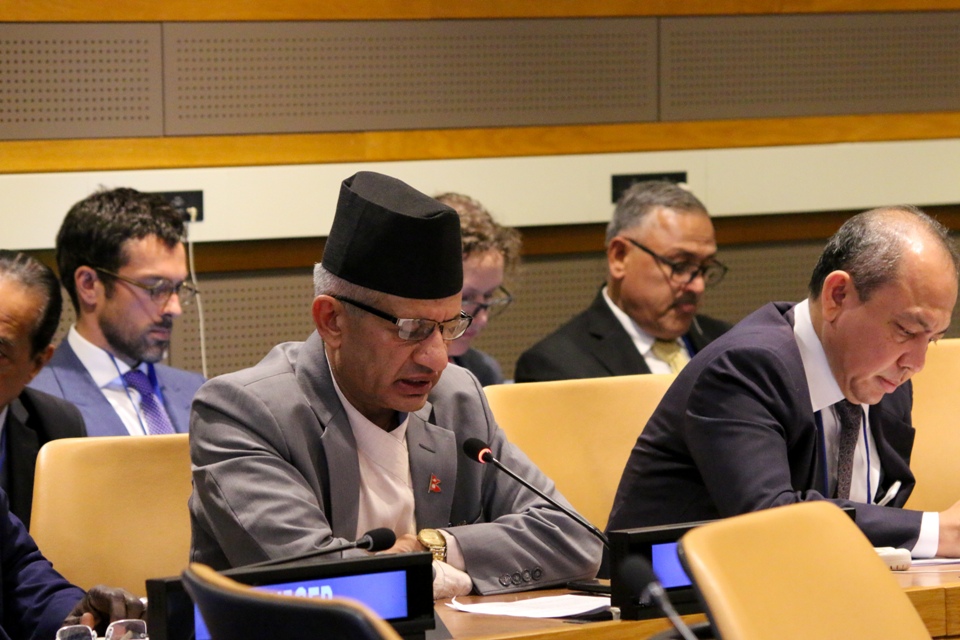 Furthermore, he expressed Nepal’s commitment to concluding the remainder of the transitional justice process.

“We are fully committed to concluding the transitional justice process in line with the Comprehensive Peace Accord, the directive of the Supreme Court, relevant international commitments, the concerns of the victims and the ground realities,” he said.

Gyawali opined that Nepal’s democratic transformation presents a uniquely successful, nationally-led and owned peace process that will set an example to other countries in their own crisis. 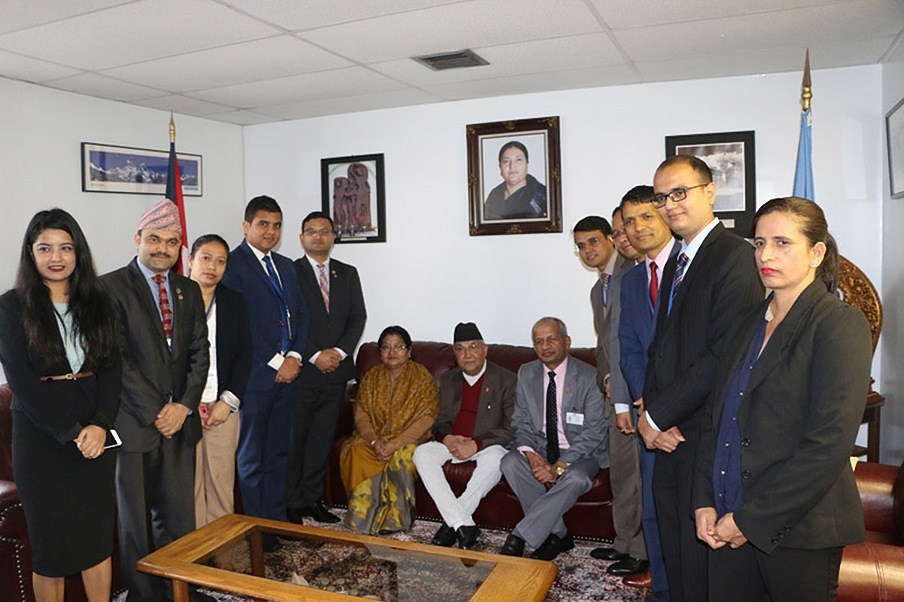 Gyawali also spoke about the Nepal government’s efforts to draw more investment into the country. He said that the government has improved policies and legal procedures related to foreign-investment and created a one-window service system for foreign investors.

“Building on the historic political transformation, the government of Nepal is now focused on the economic agenda to sustain the political gains under an overarching national aspiration of ‘Prosperous Nepal, Happy Nepali’,” he said.