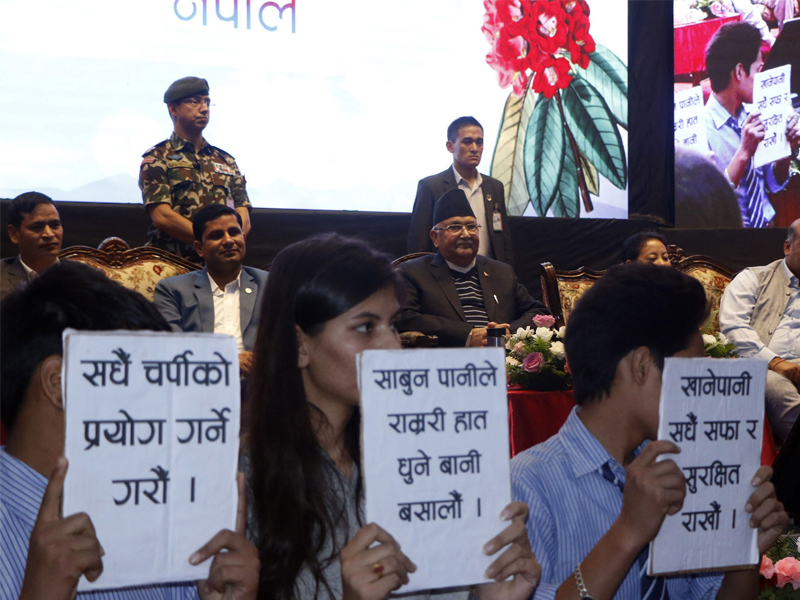 With this announcement, Nepal becomes the first South Asian country to have achieved the status.

Nepal Ministry of Water Supply organized a special function in Kathmandu to mark the achievement.

Speaking at the program, PM Oli said that this has been a milestone. “Nepal has now fulfilled its commitments made at international forums at different times,” he added.

Oli further said that this achievement had taken Nepal further up in its journey to civilization. He mentioned that the government is working on other goals including elevating the country from below poverty line, promoting Nepal from least developed country to developed one and eliminating illiteracy. 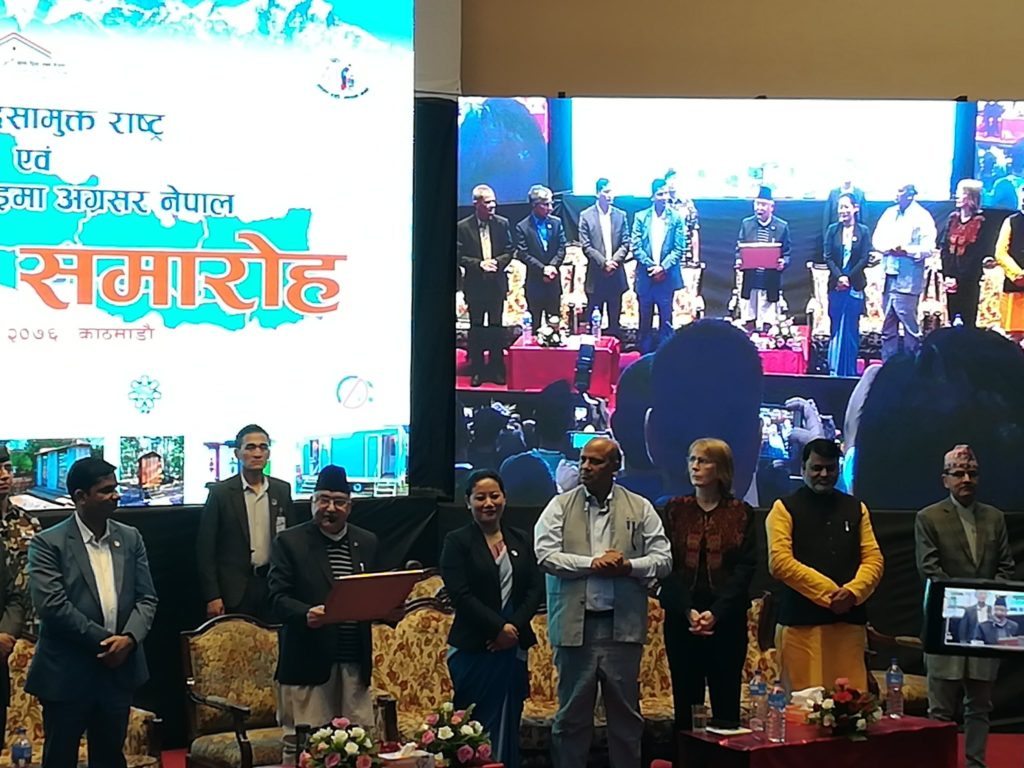 The ODF declaration would help in promoting the health of people, curb infection through communicable disease and reduce medical expenses among others.

The Prime Minister extended his gratitude to all district, local and provincial government for their contribution to realizing this goal.

He urged all citizens to support the campaign of making Nepal a completely sanitized country by 2030.

The program marked the self-declaration of all 753 local units from the 77 Nepal districts as ODF.

The initiative to make Nepal open-defecation free started in 2011 and was supposed to be achieved by 2017. However, due to certain circumstances the goal could not be met in that year.

The World Bank had stated that more than 9 million people didn’t have basic sanitation facilities at the time. 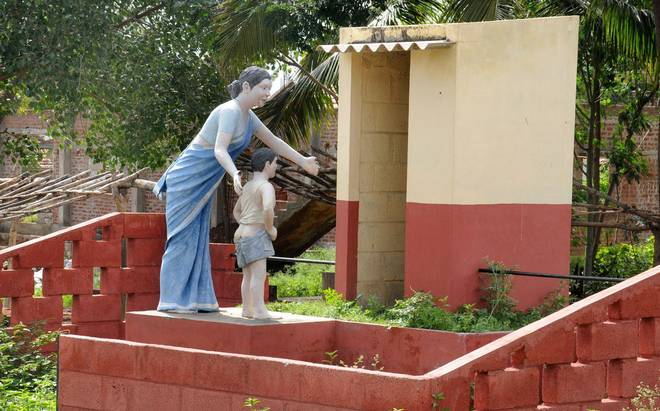 After announcement of the decision to make Nepal open-defecation free in 2011, a total of 5.6 million and 660,214 toilets were constructed across Nepal.

Likewise, Water Supply Minister Beena Magar said that the country was gradually moving towards providing basic sanitation coverage to all.

The milestone-marker was attended by all seven provinces Chief Ministers and government officials of all local and district levels.