The council discussions are expected to give a final shape to the 15th five-year plan for the fiscal years: 2019-20 AD to 2023-24 AD.
Government
News 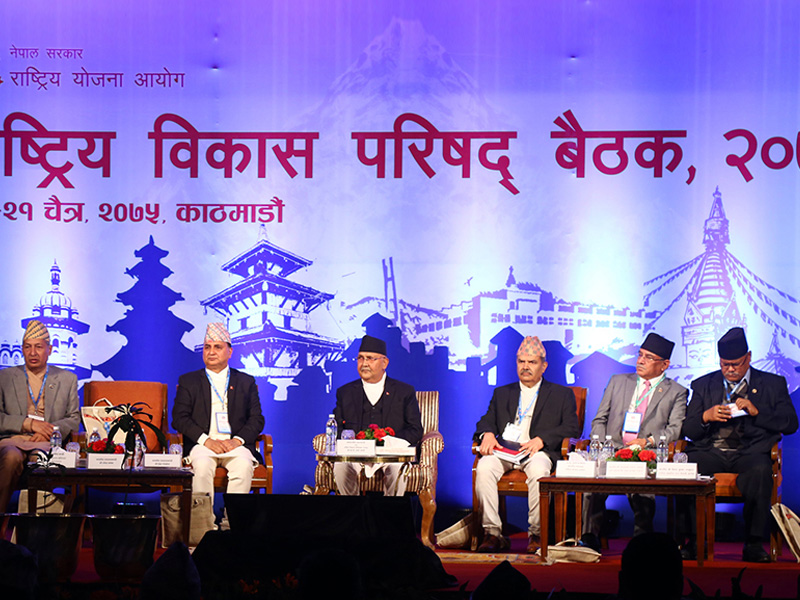 For the first time after federal set-up in the country, the National Development Council (NDC) assembled for a two-day meeting in Kathmandu.

PM Oli inaugurated the meeting that is being hosted by Nepal Planning Commission (NPC).

The meeting that began on April 03, 2019 is expected to pave way for implementation of the 15th Five-Year Plan prepared by the country’s NPC.

While the concept paper has incorporated the government’s vision of ‘Prosperous Nepal, Happy Nepal’, the NDC meeting will drive the concept further for Cabinet endorsement.

The meetings will witness discussions on 25-year development concept paper formulated by NPC, with inclusion of relevant policies and strategies that are key to country’s economic prosperity.

The meeting is coming after the government had recently appointed 25 new members to the Council on March 31, 2019.