As per the District Police Office (DPO), the continuous thundershowers for the past few days made the river swell up in size.“Of them (the affected dwelling units), nine are cemented residences,” stated Rajan Adhikari, Superintendent of Police (SP) at the DPO.

Both the municipalities were earlier affected by another flood of the Melamchi around June 15.

The Rato bridge at Chanaute was swept away by the flash flood. The bridge collapsed early in the morning today, and that manmade structure was the only means of connection for Melamchi-7 and 8, Panchpokhari- 1 and 2, and various wards of Helambu. 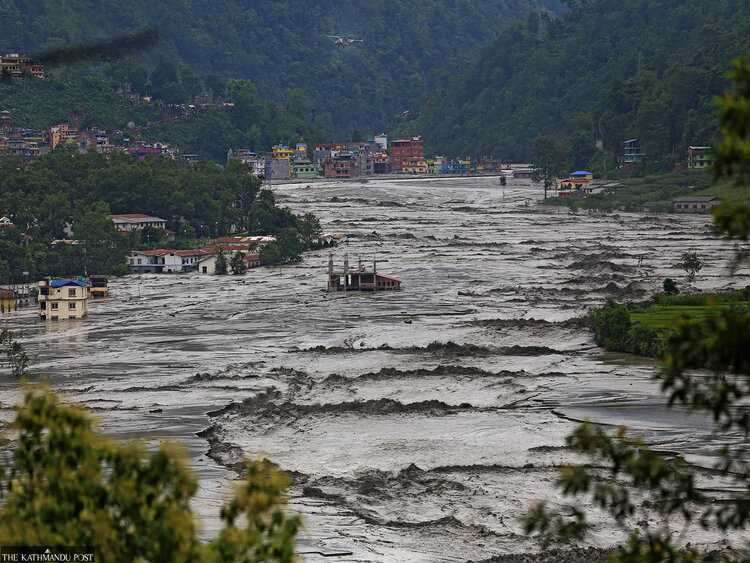 As the bridge no longer exists, traffic movement in the area has halted. The flood also claimed the suspension bridge at Gyalthum.

SP Adhikari said that the bazaar of Gyalthum is also facing a high risk as the river continues to swell. Alarmingly, the river adopted a new course, and due to this new course, it claimed Talamarang Police Station.

The Chairman of Helambu Municipality stated that the flash flood swept away all the bridges above Melamchi bazaar. Melamchi Mayor Aryal soured the mood further by revealing multiple landslides have occurred Helambu-Melamchi corridor, and no vehicle could reach Melamchi from Helambu.