Around 7 to 8 million locusts have entered Nepal from India.
Government
News

Nepal is witnessing its worst locust invasion in decades amid the coronavirus pandemic.

The swarms of locusts that entered Nepal on June 27 from India have spread to 52 districts of the country.

According to the Information Officer at the Plant Quarantine and Pesticide Management Center, Ram Krishna Subedi, around 7 to 8 million locusts have already entered Nepal.

Among them, only 3.5 million are active in damaging the crops, mostly maize and vegetables. Of the remaining, a large section was diverted into the jungle due to wind, while some have died after attacking each other.

According to Subedi, the swarm of locusts that entered Rupandehi is the largest of all, which consisted of 2 to 2.5 million. 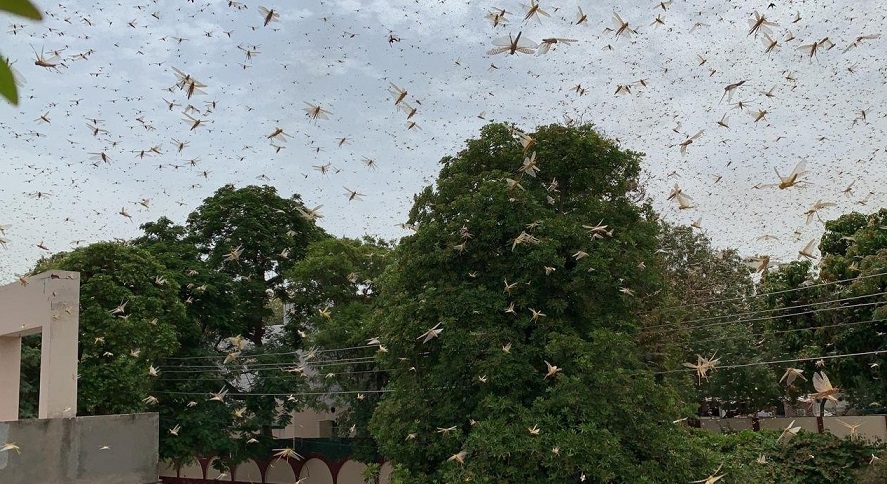 In response, all the local and state governments are on high alert by mobilizing technical teams to control the possible loss due to the locusts.

However, according to the Center, the country is likely to witness another locust swarm in the next few days.

A locust swarm that is currently in Indian border areas Bhagalpur and Motihari might head towards the Champaran district of Nepal.

Informing that the wind direction from East to West might bring the swarm into Nepal, the Nepali Government has urged people from Tarai, inner-Tarai valleys and lower hilly areas to stay alert.