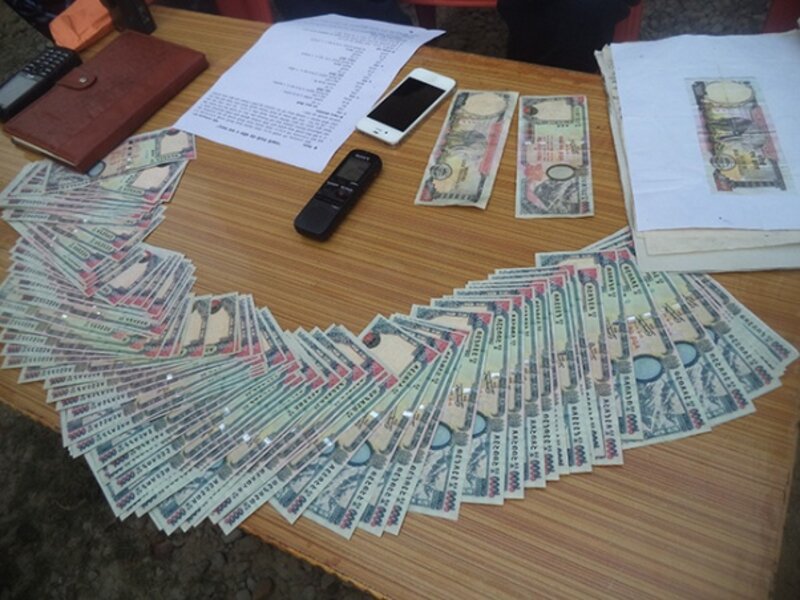 Apart from the unstable political scenario, poverty, corruption and natural disasters, the counterfeit currency menace is affecting the economic stability in Nepal.

In the last two years, the Nepali Government has seized fake currency worth millions in Kathmandu alone.

“We are investigating into the case to find out how long he has been working on it and what quantity of fake currency has been circulated,” said SSP Gyawali.

This is just the tip of the iceberg.

The Nepal Police have arrested many criminals involved in printing and circulating fake Nepali currency notes.

According to the police records, the fake currency in Nepal is circulated in the busy markets, mostly during festivals.

“Restaurants, shops and places with more transaction ratios are regarded as a safe haven for the criminals,” claims the authorities.

Citing the rise in fake currency circulation, the Nepal Police are taking severe actions against the criminals and trying to bring awareness among the public.

Under the National Criminal Code Act 2017, a person involved in counterfeiting money can be fined from NPR 50 thousand to NPR 100 thousand and 5-10 years of imprisonment.