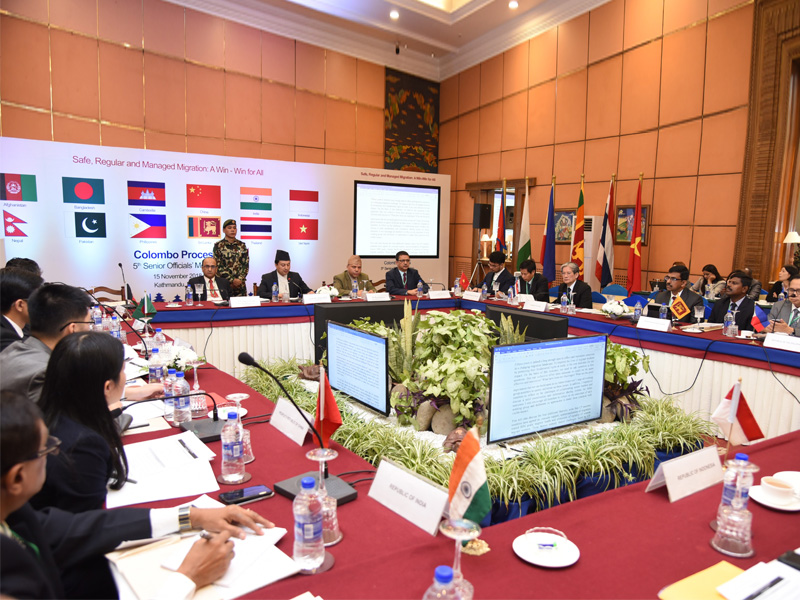 In a major move addressing local disaster concerns, the International Organization for Migration (IOM) is building an evacuation center for displaced during disasters.

IOM is working on this multi-purpose evacuation center in partnership with the Changu Narayan Municipality in Bhaktapur District in the Kathmandu Valley.

The initiative is part of the IOM project titled ‘People to People Support for Building Community Resilience through Recovery and Reconstruction in Nepal (P2P)’ funded by the Royal Thai Government.

The ground-breaking ceremony of this project was held on December 14, 2018 at Helmet Danda, Bhaktapur amid the presence of district officials and representatives from the Ministry of Urban Development and the Armed Forces, among others.

“Today’s ground-breaking ceremony is an auspicious moment for our two countries. It represents Thailand’s support to strengthen disaster risk reduction and empower Nepali people in (this) disaster-prone area… The funds for this project came from the Thai people under the Thai Heart for Nepal programme to help Nepal recover from the 2015 earthquake,” said Ambassador Bhakavat, speaking on the occasion.

Meanwhile, IOM Chief of Mission Paul Norton said that there is a need to develop resilient disaster recovery mechanism for Nepal owing to its high vulnerability to natural disasters.

Norton feels that the ongoing post-earthquake reconstruction work is an opportunity for the country to incorporate risk reduction measures while rebuilding damaged infrastructure to eliminate pre-existing vulnerabilities.

“This pre-designated, multi-hazard resistant community center will be used to host displaced people, giving priority to the most vulnerable, including pregnant women, children, people with special needs and the elderly,” Norton added.

According to the official release, IOM is planning similar structures in seven other municipalities of quake-affected districts: Kathmandu, Lalitpur, Gorkha, Dhading, Rasuwa, Sindhupalchowk and Dolakha.

“Meanwhile, UNDP and other humanitarian agencies have agreed to provide water, sanitation and hygiene facilities,” the release added.