President Bhandari has presented the award during an investiture ceremony at the Rashtrapati Bhavan.
Government
News 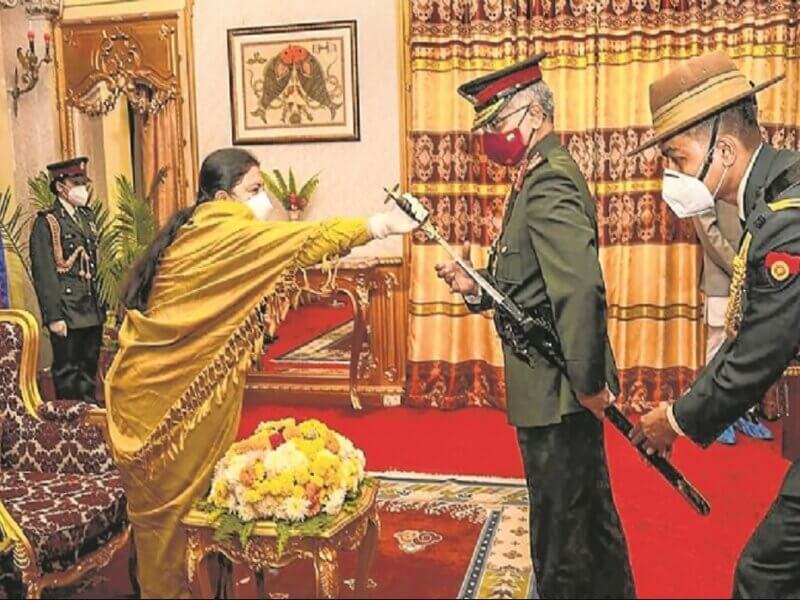 General Naravane has received a sword, insignia, and a certificate of conferment order from President Bhandari during an investiture ceremony at the Rashtrapati Bhavan on November 5, 2020. 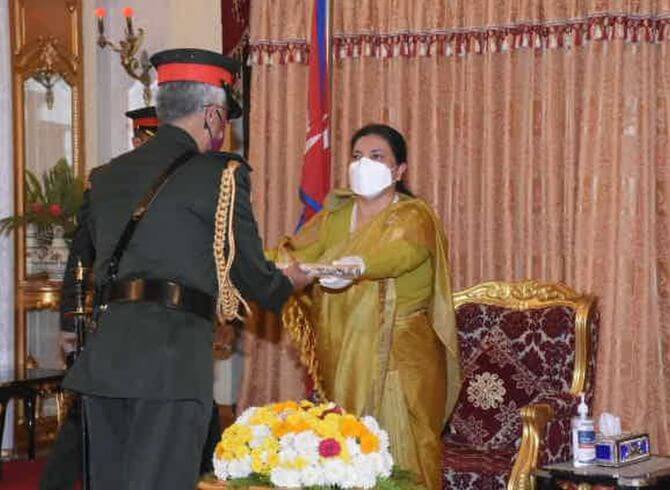 After the award ceremony, General Naravane expressed his gratitude for the honor bestowed upon him and discussed measures to strengthen the bilateral relationship.

Other Dignitaries at the Ceremony Include: 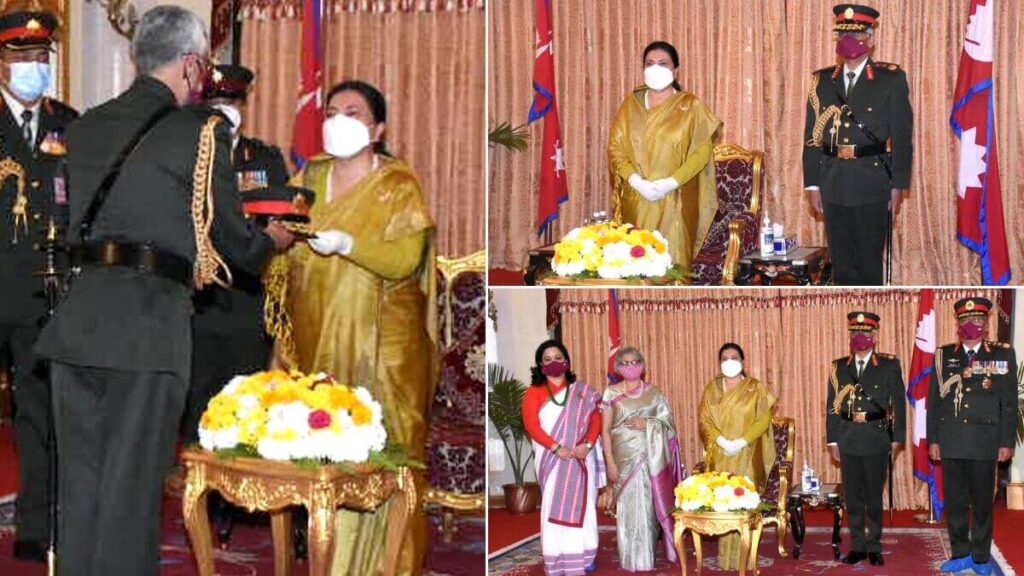 According to the Directorate of Public Relations and Information of Nepal Army, the practice of conferring army chiefs of each other’s country with the Honorary Rank of General is a seven-decade-old tradition. Commander-in-Chief General KM Cariappa was the first Indian Army Chief to be honored with the title in 1950. Lately, in January last year, General Purna Chandra Thapa was conferred with the Honorary General of the Indian Army by Indian President Ram Nath Kovind.

This long-held tradition symbolizes the close ties between the Nepali and Indian Armies.