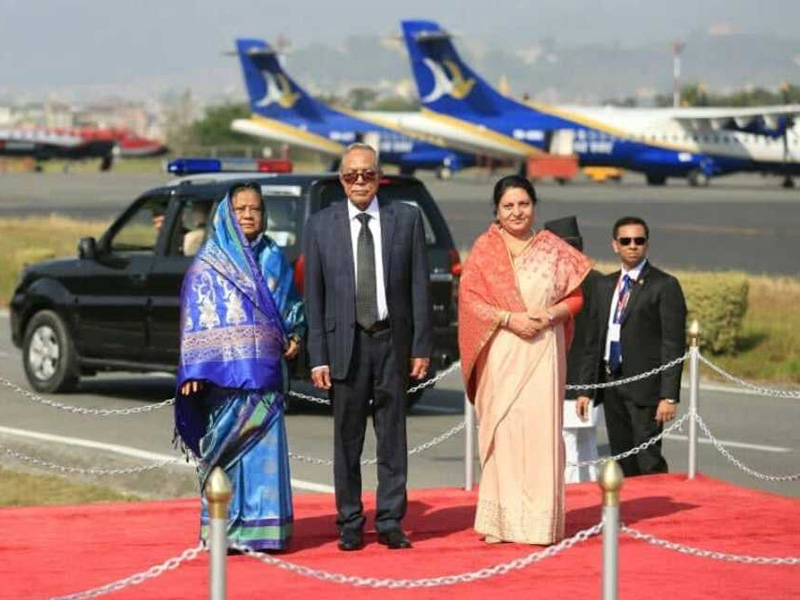 The President of the People’s Republic of Bangladesh Mohammad Abdul Hamid arrived in Kathmandu yesterday for a four-day official goodwill visit to Nepal between November 12-15, 2019.

The Bangladeshi President is visiting Nepal at the invitation of Nepal President Bidya Devi Bhandari, who received Hamid with a ceremonial welcome at the Tribhuvan International Airport on Tuesday.

According to a press statement issued by the Foreign Affairs Ministry, Hamid will also be visiting Pokhara and the historical, cultural and archaeological sites of Kathmandu Valley.

President Bhandari will also be holding a banquet in honor of the Bangladesh President and his delegation.

The Bangladeshi President met with Nepal Foreign Affairs Minister Gyawali on the first day of his Nepal visit. 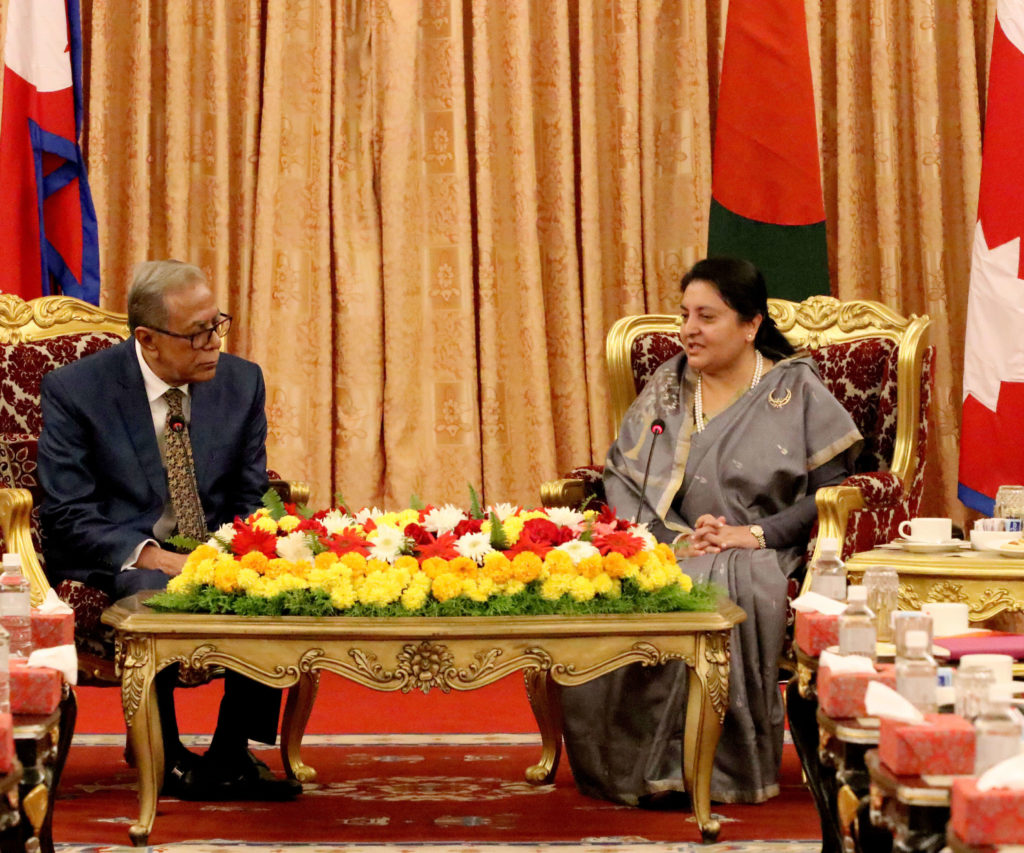 On November 13, 2019, the Bangladeshi President met with President Bhandari in the evening at Shital Niwas in Kathmandu.

During the meeting, the two leaders discussed various bilateral aspects.

“The two leaders discussed how to further boost friendly relations between the two countries,” reads the statement issued by the Office of the President.

After the meeting, Hamid attended the banquet hosted by Bhandari at the Hotel Yak and Yeti.

In his meeting with Hamid, PM Oli told Hamid that he required his support in drawing Bangladeshi investments to Nepal, mainly in the hydropower sector.

Oli was of the belief that Bangladesh’s investment could also be helpful in addressing acute power shortage in Bangladesh through Nepal-Bangladesh power trade.

The two sides also discussed matters on tourism and bilateral trade promotion, among others.

“I had a fruitful meeting with His Excellency Mr Md Abdul Hamid, President of the People’s Republic of Bangladesh. On behalf of the Government and people of Nepal and on my own, I extend a warm welcome to HE the President, Madam Hamid & the delegation. I wish them a pleasant stay,” tweeted Oli on Wednesday after his meeting with Hamid.

When Hamid met NCP Chair Dahal, he praised him for his contribution to Nepal’s peace process and called him a ‘beautiful leader’.

In return, Dahal said that he always wanted to share his experiences of leading people’s war to leading the government with Bangladeshi leaders.

Hamid also praised Nepal for its role in Bangladesh’s impendence movement. He further expressed his commitment to moving ahead in unison with Nepal to promote mutual assistance and cooperation in an ever-changing global scenario.

As part of his schedule today, the Bangladeshi President will visit Pokhara and other tourist spots. He will also meet with Bangladeshi nationals in Nepal. On the last day of his trip, he will also visit the Chandragiri Hills. 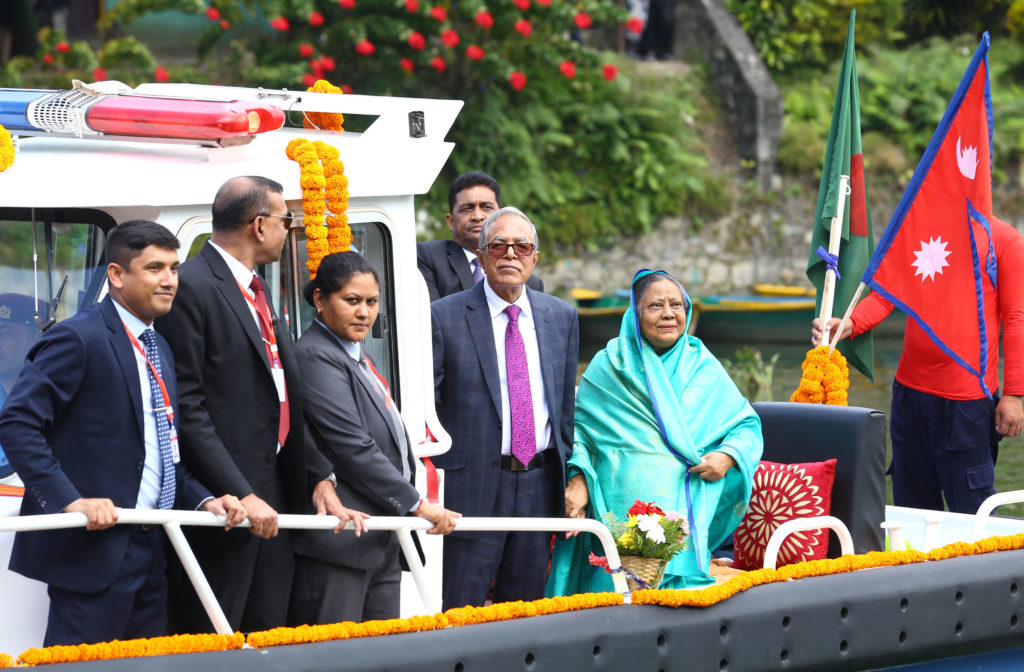 The Bangladeshi President visited Pokhara on November 14 and took a boat ride in the Phewa Tal.

According to Kaski District Officer Ramesh Kumar KC, Hamid arrived in Pokhara in a Nepal Army helicopter at 11:30 AM.

He was welcomed by the Gandaki State Governor, its acting Chief Minister and other important government officials of the State. 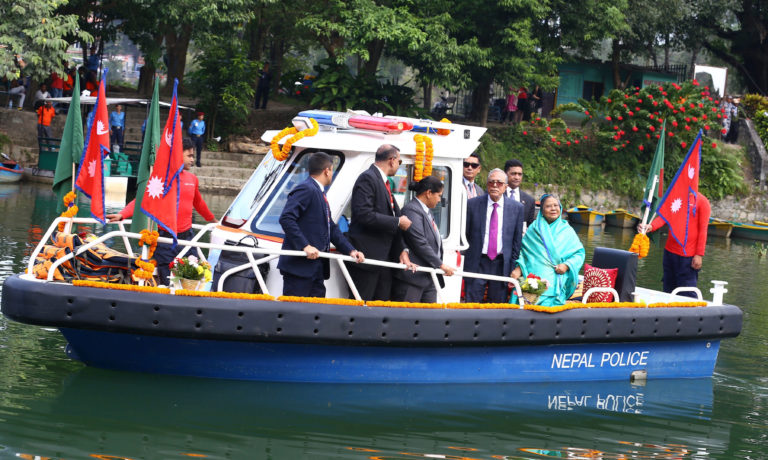 The Bangladeshi President will also visit the Rupakot Resort at Rupa Rural Municipality in a Nepal Army helicopter and will enjoy the top view of Pokhara city. 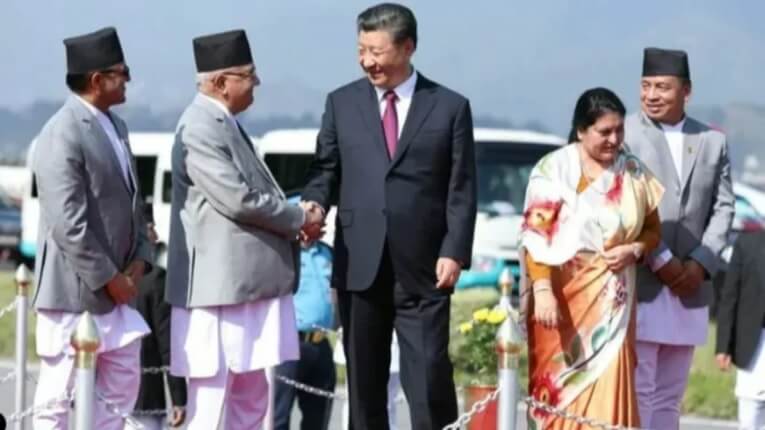 Post the President’s visit, Nepal and China have further strengthened their bilateral relations and have already started working on many area of cooperation.

Likewise, the Nepali President has also paid visit to Myanmar and Japan in October. She also attended the Japanese Emperor’s enthronement.