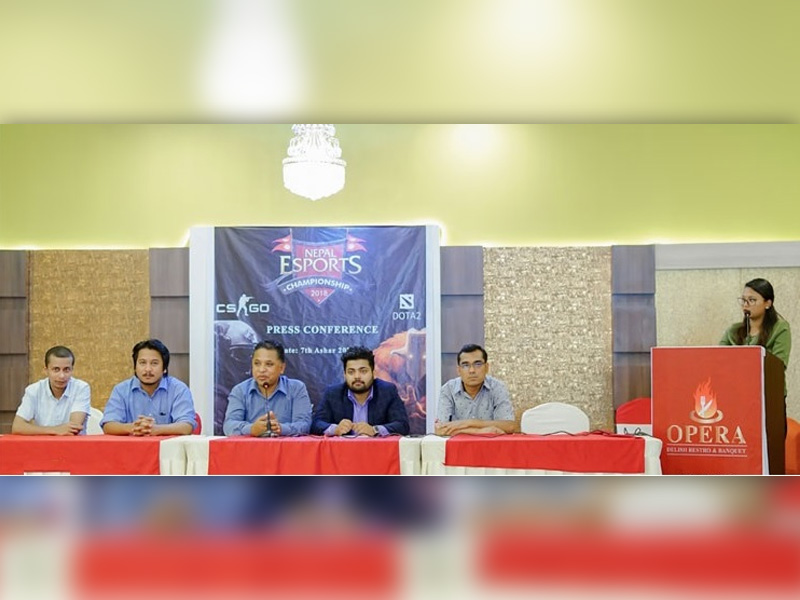 The championship that involves two games: ‘DOTA 2’ and ‘CSGO’ is bringing together players of different sports onto a single platform.

The sports event intends to provide an international platform for all such gamers who join the championship helping them proceed for global tournaments representing Nepal.

Besides the two main games, the event also features other special competitions such as Virtual Reality (VR) showcase, game developers and mobile showcase, PC & console and mobile gaming, face painting, food and cosplay, along with a special musical show by Swoopna Suman.

The finale of the championship will be held on August 17-18, 2018 at Bhrikuti Mandap, Kathmandu.

DOTA 2: DOTA 2, a sequel to the Defense of the Ancients (DOTA), is a free-to-play multiplayer online video game. The game is played between two opposite teams of five players each where in each team will have to defend their own base camp on the map. Every player in the game will be controlling a game’s powerful character called ‘hero’. As part of the game, players collect experience points and items for their heroes to strike out the opposition team’s heroes in player-versus-player combat. The team that destroys the large structure in the opposing team’s base called the ‘Ancient’ will be the winner of the game.

CSGO: Counter-Strike: Global Offensive (CSGO) is a multiplayer online first-person shooting game, wherein there will be teams namely ‘the Terrorists’ and ‘the Counter-Terrorists’. As part of the game, both teams will be engaged in countering each other’s activities, and finally the winner will be who smashes the other.

NESA was established in May 2016 with the motive of encouraging E-sports in Nepal.