‘Yatra – a musical vlog’ was released on March 25, 2019
Entertainment
News 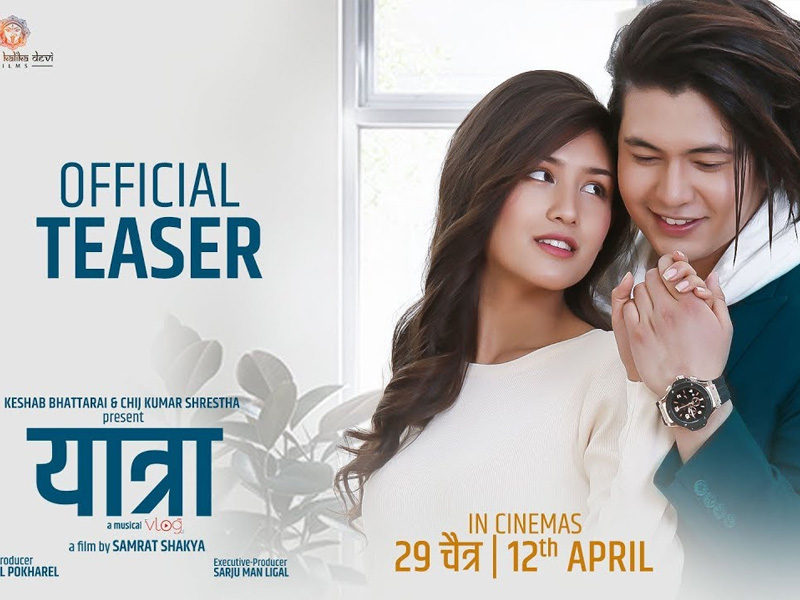 In the latest update from the Nepal entertainment industry, the trailer of the much-awaited movie ‘Yatra – a musical vlog’ was released on March 25, 2019.

The trailer was screened at a special program in Kathmandu. In a quick preview of three minutes, the trailer features lead actors Bishal Katuwal, Malika Mahat, Salin Man Bania and Salon Basnet among others.

Yatra has been directed Samrat Shakya and produced by Sushil Pokharel. The movie will hit silver screens by April 12, 2019.