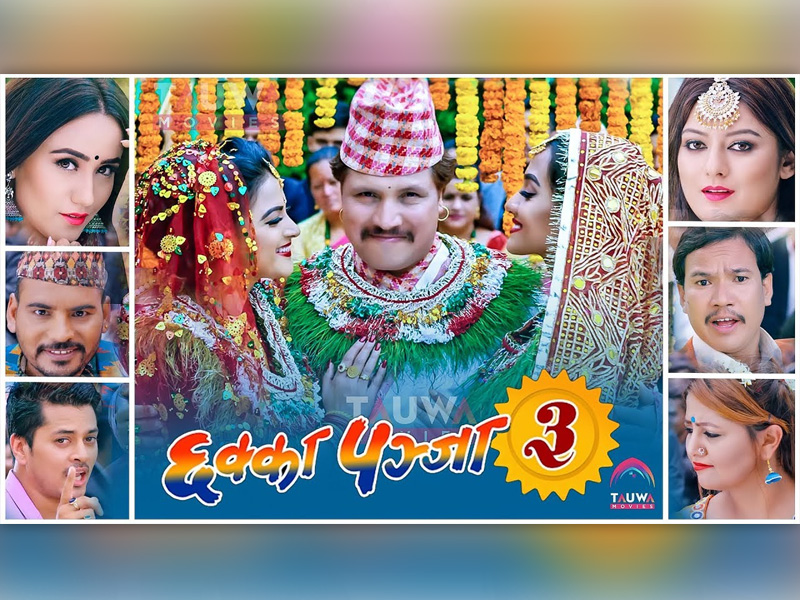 Nepal’s highest grosser movie Chhakka Panja 3 made the point of discussion at the three-day ‘The State of Education as Public Good in South Asia’ conference at the Russian Centre for Science and Culture.

The film was a big hit with NPR 190 million in collections. It has grown in popularity majorly for its critique portrayal of Nepali education sector and could successfully grab the attention of around 1.2 million audience.

Considering its significance to the topic, the film was screened at the educational conference that saw educationists and teachers from the entire South Asian region.

The screening began with an introductory brief by Chhakka Panja 3 Director Deepa Shree Niraula, who felt the film was successful for its social critique on Nepal’s education system in a fun way.

Nepali Educationist Dhananjaya Acharya Nepal lauded the film saying, it “portrays a realistic picture of Nepal’s education system,” and appreciated it for raising key issues of Nepali education sector that even Nepali media missed out over time.

“Ground reality of the education system, not just of Nepal but of India as well, and in fact, the situation is same in all of South Asia. It’s an excellent film and also a useful one. It’s bound to take a good market,” said Indian educationist Sharad Chandra Behar.

Behar went a step ahead and called on the Chhakka Panja 3 team to dub that in Hindi and bring it to Indian cinema as well.

“Dharam karam bhi ho gaya, aur daam bhi aagaya” (meaning we addressed a social problem and we also made money), said Deepak Raj Giri, actor and one of the producers of Chhakka Panja 3. This dialogue part of the film created huge laughter among the audience!

The event also saw from serious critiques for the movie, where some of the audience termed it not serious and dramatic in presenting the solution to the problems raised.

“While the film shows a drastic improvement in the education standards of the school [around which the film revolves], it doesn’t show how it achieved the feat,” adds Behar.

Check out our latest entertainment news related to Nepali songs, films and more!