Submission rules and regulations for the 2019 Film Festival are now available!
Entertainment
News 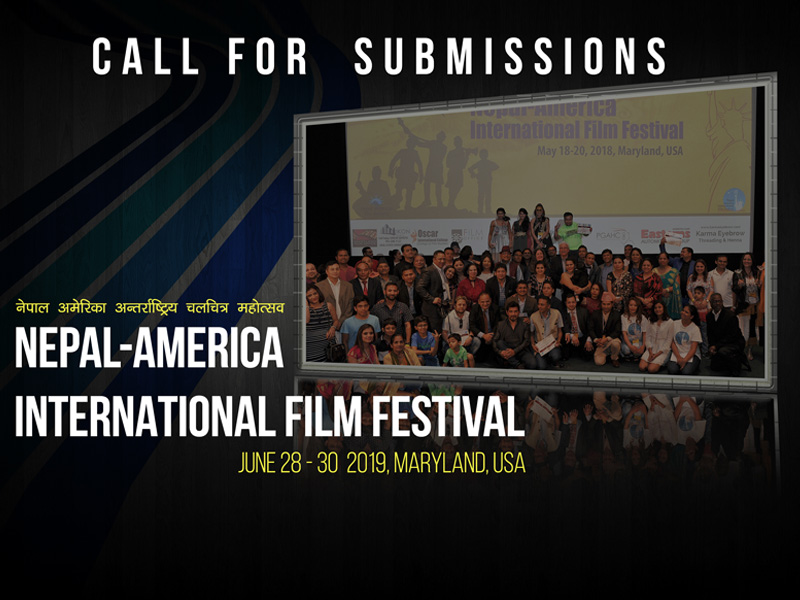 We are now accepting submissions of all genres; feature films, documentaries, animations, experimental and short films from across the globe.

The festival is primarily focused on films from Nepal, made by Nepali and Non-Nepali filmmakers under the Nepal Panorama section. The films from America, South Asia and other parts of the world will also be highly considered. The film screenings will be followed by Q&A with special guests or filmmakers.

The films selected by the jury will be awarded and recognized, and all the participating films will be recognized with trophies.

The festival will be organized in partnership with Nepali Diaspora organizations of America, film organizations, film festivals, and individuals from Nepal, America and across the world. The festival aims to establish a cultural platform for emerging and seasoned filmmakers to bring awareness to the diaspora community in the United States. We also welcome feedback and suggestions to make the 3rd Nepal-America International Film Festival a success.

Filmmakers may submit films via online or may submit directly to the office of the Film Society in the USA. The films from Nepal and the territory can be submitted to the Nepal office of the Human Rights Film Center. Submission rules and regulations for the 2019 Film Festival are now available at Nafilmsociety.org. If you need any further information or have any questions, please feel free to contact us anytime.